The Treasure that Eyes Cannot See and other stories 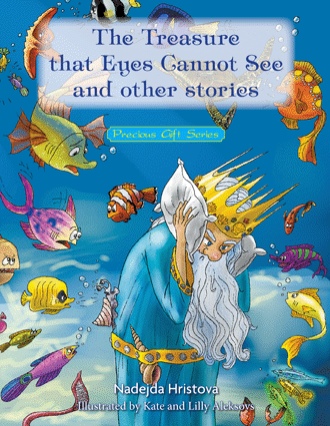 THE LITTLE BOTTLE OF TEARS

Once upon a time in a kingdom far, far away, there lived a princess who was very spoilt. All day long she would cry and insist on having this or that. If she wasn’t given what she wanted, she would start weeping inconsolably, “Wa-аh, I want that dress. I want it! I want it!” And her tears would flow like waterfalls down her cheeks.

In vain the king had tried to change his daughter’s behaviour. Neither pleading with her nor scolding her would bring her to her senses.

One day, an important messenger arrived at the palace. He announced that the prince of a nearby kingdom was looking for a wife and an invitation to a ball was to be given to the princesses of all the neighbouring kingdoms. As a sign of his respect, he sent a small gift to each of them. The messenger stepped forward and presented a small golden casket.

The princess looked at the little box and thought to herself, ‘I wonder what is inside? It might be a beautiful pearl necklace or sparkling diamond earrings.’

But when she looked inside, she drew back in disappointment. There, nestled on a velvet cradle, was a little empty glass bottle encrusted with golden letters.

“The prince has one condition,” the messenger continued. “He will marry the princess who is able to fill the bottle.”

“And with what is it to be filled?” the king asked in surprise.

“With tears,” the messenger responded, “with the tears of the princess herself.”

“Оh, that will be so easy!” the king exclaimed remembering the times the princess had cried countless tears because she could not have what she wanted.

All the courtiers nodded their heads. It was beyond any doubt that shedding tears was what the princess did best. 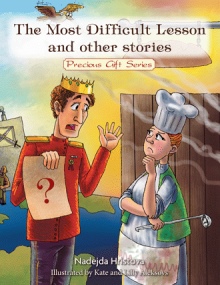 The Most Difficult Lesson and other stories
Nadejda Hristova & Illustrated by Kate and Killy Aleksovs
$20.45 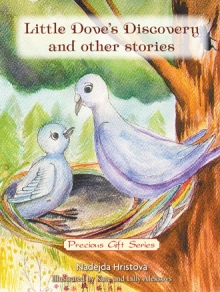 Four tales with delightful characters will take you to an imaginary world where you will be encouraged to ponder some of the difficult questions in life: Will the things I possess make me happy? Who are my friends? Am I a real friend? Join Little Bear as he learns a new meaning of friendship. See what happens when a spoilt princess spends three days with a peasant family. Meet Little Sunflower who suffers as the result of the greed and lies of another. And discover the exquisite treasure that eyes cannot see.

Nadejda Hristova’s make-believe world is filled with fascinating characters, unexpected twists, wise deeds and, above all, hope. She is a trained teacher, but for several years has been traveling and reading her stories to children throughout her homeland. She resides with her husband and two daughters in Malo Konare, Bulgaria. Kate and Lilly Alexovs have been illustrating their mother’s stories from a very young age. They have worked hard to prepare some wonderful color drawings for this volume.