A Pastoral Exposition of the Song of Solomon 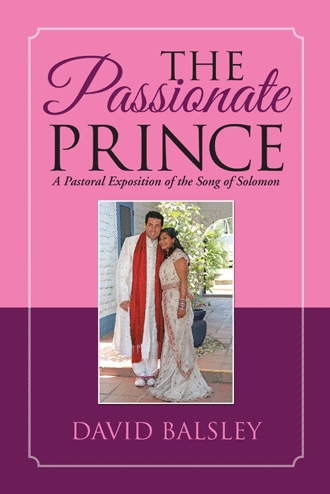 I grew up singing a chorus which was popular throughout my youthful years entitled “Everybody Ought to Know.” It was a favorite chorus of the youth group I attended, so I recall singing it not only in the normal services of our group (e.g. Sunday School openings and weekly youth meetings) but also in after-church Sunday evening youth “singspirations” in the homes of various church members. The lyrics are simple and, for the most part, very relevant, but I remember wondering about certain phrases even as a young man. Having stated that “everybody ought to know who Jesus is,” the song goes on to identify Him (among other things) as “the lily of the valley.” Now, there is no doubt in my mind that everybody ought to know who Jesus is! The Scriptures assure us that, as the second person of the triune Godhead, He is the Creator of the universe, the only Savior for sinful mankind, and the Messianic King of the kingdom of God. Though as God “His goings forth are from long ago, from the days of eternity” (Micah 5:2), the apostle Paul recounts the amazing humility Jesus displayed when “He emptied Himself, taking the form of a bond-servant” (Philippians 2:7), and “He humbled Himself by becoming obedient to the point of death, even death on a cross” (Philippians 2:8). And, because Jesus “emptied Himself” and “humbled Himself,” Paul goes on to assure us that “God highly exalted Him, and bestowed on Him the name which is above every name, so that at the name of Jesus EVERY KNEE WILL BOW, of those who are in heaven and on earth and under the earth, and that every tongue will confess that Jesus Christ is Lord, to the glory of God the Father” (Philippians 2:9-11). So I am fully convinced that the song writer was right to make the assertion that “everybody ought to know who Jesus is”! But is it fitting to describe this “king of kings, and lord of lords” (Revelation 19:16) as “the lily of the valley”? Or is “rose of Sharon,” as He is described in other songs, an appropriate designation for the Lord Jesus? Perhaps you are aware that these phrases come from the pages of the Song of Solomon, so they are Biblical phrases. But are they intended as descriptions of Jesus in Solomon’s “Song”? The delicate beauty of both lilies and roses is a well-established fact in most people’s minds. But if it seems to you that the “lily of the valley” and the “rose of Sharon” would be more appropriate descriptions of Solomon’s beautiful lady friend than of Jesus - the Master of the Universe - we are thinking alike. Even if we were to assume that the underlying theme of the Song of Solomon concerns the love of God for Israel, or the love of Christ for the church (something I do not assume), it would make better sense to apply the phrases “rose of Sharon” and “lily of the valleys” (Song of Solomon 2:1) to Israel or to the church, not to Christ. Though I will seek to apply the message of the Song of Solomon to the believer’s relationship with the Lord, it is my conviction that this is not the main message of the Song. An interpretive guideline I acquired as a student of the Word in my younger years has served me well throughout my life: “If the plain sense makes good sense seek no other sense.” Though many readers of the Song of Solomon down through the centuries have been scandalized at the thought that it might mean what it says, I will explain in the pages of The Passionate Prince that I believe the Lord included the Song in His word to give His people an inspired view of the emotional and physical dimensions of a healthy relationship between a man and a woman. Though the emotional and physical aspects of male/female relations are not the ultimate good many in our world seem to think they are, they are a very important part of the normal, healthy human experience. So the Lord has done in the Song of Solomon what we might expect Him to do - revealed His will for His people in their love relationships not only with Himself but with one another. It is my hope in writing this book that you will be helped to see how the Song of Solomon addresses, in its unfolding story line, both the pleasures and some of the problems which are a part of normal relations between a man and the woman who choose each other as partners in life’s second most important relationship in life - the relationship of marriage. 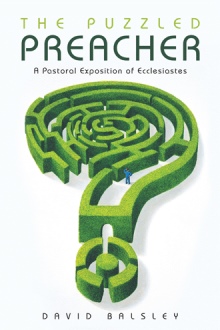 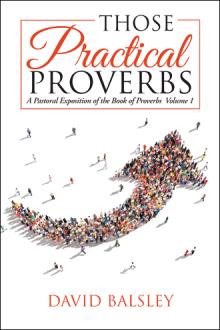 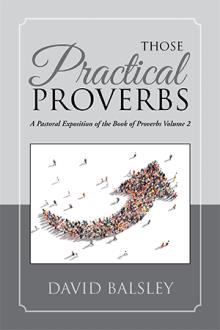 Those Practical Proverbs
David A. Balsley
$38.95

The Passionate Prince is a verse-by-verse commentary on the Song of Solomon from a pastor’s perspective. It explains the Song as a description of the developing relationship between King Solomon and the Shulammite, a young Jewish maiden from the northern part of Israel. It tells of their pre-marriage romance, of their marriage, and of some of the challenges of their relationship following their wedding. It treats the book, in a literal way, as a continuous account of the relationship between Solomon and the Shulammite from pre-marriage days to post-marriage days. It assumes, by virtue of the Biblical title of the book (“The song of songs which is Solomon’s”) that Solomon’s relationship with the Shulammite was probably the most satisfying marriage which Solomon experienced among the many marriages which were a part of his life as the most wealthy of all of the kings of Israel.

David Balsley followed his studies at Biola University and Western Conservative Baptist Seminary with more than forty years of pastoral ministry in Oregon, New Mexico, Arizona, and California. He was already fascinated with the writings of Solomon as a college student, and he has spent years sharing his studies of the writings of Solomon in Bible studies and pulpit ministry, as well as the publication of The Puzzled Preacher: A Pastoral Exposition of Ecclesiastes. He and his wife, Janice, live in Brea, California, and he serves in semi-retirement as administrative pastor with Temple Baptist Church in Fullerton, California.