Thoughts on Finding God and Living a Meaningful Life 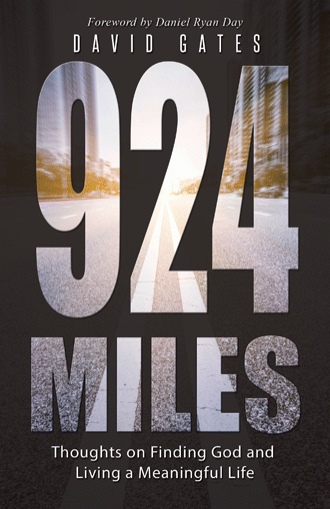 There’s a point in everyone’s life when things start to become really relevant. As children we spend most of our time learning the basics of life. We learn to feed ourselves, get dressed, count, and read. We develop into little humans, running around and playing as if nothing in the world matters outside of the here and now. But at some point we start to understand that there is a purpose to life. We learn that change happens, and through that change, we develop into adults who have choices to make.

My story becomes relevant in my early teenage years. This was the time in my life when I was trying to develop talents and skills, and learn new things. It was in my early teenage years that I developed an interest for music, more specifically composition . I guess it started a little further back than my teenage years. When I was around eight, I had written a poem for a project in English class, and the poem had been selected to be published in a collection of poetry by young poets. It was some sort of annual publication. So, I guess the first spark was then, when I wrote that poem. It was pretty bad, but the bar was set low because I was a kid.

Either way, it was a door that I walked through, and it started a series of events that led me to writing this book. I have two brothers, and one of them used to write songs and was big into music for a while. This was while we were teenagers. His interest in songwriting and music led me to explore the music world a bit more. Eventually I started writing songs, recording them, and even tried my hand at selling them at school. I started a band, and we even had a dozen or so live shows over a couple of years.

On top of having an interest in music, I also have some really amazing parents. They are the type of parents who would tell me I could do anything I wanted to. They were so supportive that at the age of fifteen, I applied to a music college to pursue my music career. Though I never became famous or a rock star, I did have a thing for composing, and I could see the interest slowly starting to transform into a true talent.

To my surprise, the most prestigious music college in the country actually took the time to reply to my application. They requested that I send some of my compositions to them before they would make any kind of decision, so that’s exactly what I did. A couple of weeks went by, and I got a letter in the mail from Berklee College of Music. This was the big day I had been waiting for. I opened the letter and read it. Then I read it again to make sure I had read it correctly. I had just been accepted into music school. Looking back, it was much more exciting then. I was fifteen, loved to compose, and had just been accepted into a college to do just that!

I think I already mentioned that I had pretty awesome parents, but sometimes I wish they had just said, “Hey son, music is great and all, but you’ll never make any money, so get a real degree.” Harsh? Yeah, maybe so, but it would have saved me an additional four years of college, because I had to go back when my music education didn’t lead to any real kind of income.

At the end of the day, I think the takeaway is much more than a music education or the ability to compose. I think it’s learning that we all have a spark. A poem I wrote when I was eight years old led me to an interest in music and composition and then on to a music education, where I learned a lot about myself and what was important to me.

We all have a spark, but sometimes it is hidden deep inside of us. It’s that thing inside of us that makes us come alive. It’s hiding, and it’s waiting to become a flame. Sometimes it takes something unexpected to find our spark. Sometimes it takes encouragement from family, a push from a friend, or a life-changing event to figure out what we are made of. At the end of the day, the spark is there, and it’s alive. It just needs a bit of fanning.

924 Miles tells the story of a man searching for God while trying to figure out what life is all about. It explores the true purpose of life, the grace of God, and the connection between the two. It will make you cry, laugh, and ultimately examine your purpose in life; many are calling 924 Miles a must-read book!

David Gates is a storyteller, writer, husband, father, and follower of Christ. He works as a student ministry leader and as a teen counselor. He graduated from Berklee College with majors in music and creative writing, and he also studied religion and intercultural studies at Colorado Christian University.

He is the founder of Unscripted Church (formerly known as Romans917 Ministries), an online community that offers free devotions: www.unscriptedchurch.com.