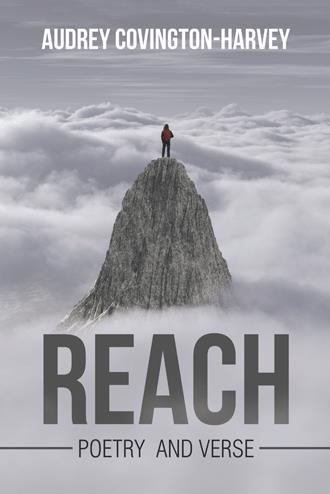 Star of Darkness is a poem that will lift those that are discouraged and who want to give up for lack of hope. In the Bible, King David was one such person who was terribly distressed. He, too, wanted to give up. One day, David began to ask himself why he was so stressed and discouraged. The Bible says that David began to encourage himself in the LORD his God. You must do the same. The secret is to look within yourself and to see that you have been given a gift of light by God. In order for you to find your light, you must not be afraid to shine in the darkness.

Star so high up in the sky, how beautiful you are.
Shine your light on other stars so near and yet so far.
There once was a star that shined so bright.
It shined from east to west.
Her glow had such a magnificent light,
for it out shined all the rest.
The star felt proud of her great luster
as scientist would often ponder.
Star gazers came from miles to view
the star as a prima donna.
The other stars that hung around
could hardly wait for night.
For they, too, felt so proud to be
around the star of light.
It was as though they worshiped her
for what they wanted to be.
But one little star that stood nearby
just simply did not agree.
The great star became very angry
because the little star didn’t see her the same way
as the other stars saw her.
So she had him sent far, far away.
She sent him to the blackest of night
where few stars had ever been.
The little star was frightened and cold.
He felt he had no friend.
Oh so sad, was the little star
that he had to hang alone.
When out of the dark a wee tiny voice said,
“Do not be afraid, be strong.”
The little star quickly turned around
spinning with much great fear.
The voice spoke louder the second time
saying, “Look, I’m over here.”
A small light flickering in the distance
soon paved the little star’s way.
A highway found by way of fate
was like seeing the sun in day.
When Little star reached Tiny star,
the joy made his heart to flutter.
Then Tiny star said to Little star,
“Just wait, there are so many others.
We, too, were sent far, far away
because we did not see
the star of light as she wanted us to.
Her opinions,we could not agree.
Tiny star said to Little star,
“Our darkness has no end.
Now you’ve become just like us,
and to us you are our friend.”
Then Little star said to Tiny star,
“We must never lose our sight.
Have you forgotten that we are stars
and we, too, have a light?”
Tiny star responded, “It’s not so bad.
For you are not alone.
Dark it is, but you’ll adjust
for this is your new home.”
The other stars began to blink
as if children were at play.
Then soon the light from the flickering stars
caused the darkness to fade away.
“Oh look, oh look,” said Little star.
"How beautiful we are.
The light we thought had faded away
has come to shine so far.”
The brightness of the once dark world
for stars cast far away,
was now being seen by stars afar
in a new and exciting way.
“Look over there," said a soldier star
who stood by the star of light.
“The darkness where the outcast were sent
has now become so bright.”
The star of light began to shake.
Her anger grew and grew.
Her rage soon caused the other stars to leave
and before she ever knew,
She was standing all alone
while the other stars drifted out of sight.
Now realizing it was the little stars that gave her power
Had now left her hanging in the black of night.
Then all of the stars flickered with joy.
Like captives freed from jail;
The silence from their fear had broken,
and to each the other would hail.
Their freedom call was that of light,
and much light did they make.
For no one can take your light away
when it’s not for them to take.
Stars so high up in the sky,
how beautiful you are.
Shine your light upon the world,
so near and yet so far.

Reach is a compilation of poetry and short writings whose audience ranges from the very young to the very old. There are colorful writings as well as some that may appear gray. You may see a mirror reflection of yourself, or just maybe someone you know. This will be left up for you to decide.

Audrey has loved writing since she was a young girl. Poetry was one of her favorite things to write. When Audrey was in high school and would have to write a poem, it was nothing for her to add a drawing with the poem. When you read REACH, you will see Audrey’s love of life, and her hurts. Enjoy.