a collection of hard-to-tell true stories 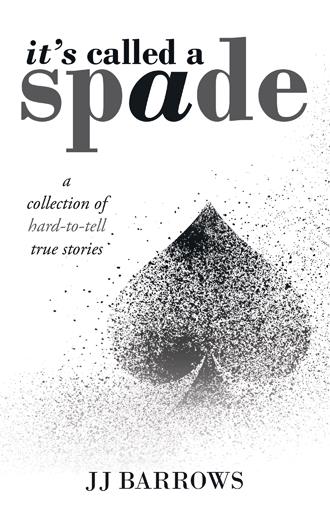 I don’t feel like an adult, and I most certainly don’t feel thirty, at least not the thirty they show in the movies. Just this morning, I was trying to reheat my coffee in a pot over a portable plug-in stove top because I don’t have a microwave; nor do I have a stove, so I bought a plug-in stove top from Goodwill for $7.99. Coffee and bargain-shopping seem adult enough, and I almost gave myself credit for that, but as I started to congratulate myself for acting my age while warming up my morning adult beverage, I got distracted and spilled some of my coffee on the counter.

No big, I thought, and I reached for a paper towel, only to realize I didn’t have any paper towels. So I reached for a dish towel, only to realize I didn’t have any dish towels. So I reached for a hand towel, only to realize I didn’t have any of those either. I looked around my one room of a house (a studio) as I stood in the corner deemed the kitchen and debated using a sock from the corner deemed the laundry room, but something seemingly adult-ish in me told me that using a dirty sock to wipe up the counter might be gross. As I looked around the room, canceling out blankets and beanies as possible candidates to wipe up my slight mess, I looked down at my sweatpants. Before I could even reach the “Aha!” part of my thought, I was lifting my knee to the height of the counter and wiping up the spilled coffee with the sweatpants I was wearing.

Just as I was thinking that I should probably do some kid-friendly adult things today like invest in paper towels, I lost my balance. It’s been a while since I’ve done yoga, and the whole tree pose was never in my favor anyway. I’m more of a downward-dog type person, so I’m not sure what I was thinking while actually taking the time to think while standing on one leg and simultaneously wiping down my counter with the clothes I was wearing; but there I was, thinking, wiping, and dirtying my clothes all in one act, all on one leg. And I almost believed I was the grand master of multitasking, until I lost my balance.

As I started to go down, the knee I was wiping the counter with ended up kneeing the pot my coffee was in, knocking the entire pot over and turning the original tiny spill into Lake Placid there on my countertop. I managed to catch myself before landing on the floor but only at the expense of reaching for the nearest thing in sight to grab for support, which was a rack of clean dishes. Said dishes were no longer clean, and a few of them suffered the same fate as Humpty Dumpty.

While I stood there, looking at the larger mess I had made, I noticed my jar of honey on the counter, soaking in a pool of coffee. I snatched the jar up quickly to wipe it off, as if the coffee was going to ruin the jar, only to remember seconds after my snatching that I didn’t have anything to wipe it off with. I looked around the room again as if a second look was going to give me a different outcome. I canceled out all the same possible candidates as before, looked down at my sweatpants, and looked at the mess caused by my sweatpants’ inability to effectively clean anything. Not wanting to go through that whole charade again, I began licking my jar of honey.

This was me cleaning.

“Really, JJ,” I said to myself as I realized what I was doing. “Thirty? Is this what thirty-year-olds do when they make a mess?”

So you can see, I don’t feel like an adult. I don’t feel like I’m thirty. I have eight months of experience being thirty, and while it might seem like I should be further along in having this thirty-year-old stuff figured out, especially since I’m only heading into more thirties, in the grand scheme of things eight months isn’t a lot of time.

“it’s called a spade” is a reference to calling life like it is instead of hiding the tough stuff and pretending like everything is fine. It’s a collection of stories about life, about people and God, recovery and relapse, heartache and brokenness, and the reality that life is hard, even if you believe in God, even if you don’t. But there is also hope and humor and healing that comes without answers. This is a collection of stories from a human who almost disappeared in her efforts to be seen, a girl who called spades hearts and smiled while bluffing.

JJ Barrows is an artist, writer and stand-up comedian, born and bred with southern manners and a wanderer’s heart that has taken her all over the globe. Though she’s known for her humor and bright colors, as a “grownup” middle child in recovery from an aggressive eating disorder, confusing religion, dysfunctional family and an on-again-off-again relationship with depression, she writes honestly about the darker shades of life that are often hard to talk about. When not speaking or performing, she enjoys traveling with her husband or life at home on the beaches of Southern California, surfing, biking, or crying at sunset. Life is too beautiful not to cry.