What I Learned from God While Running 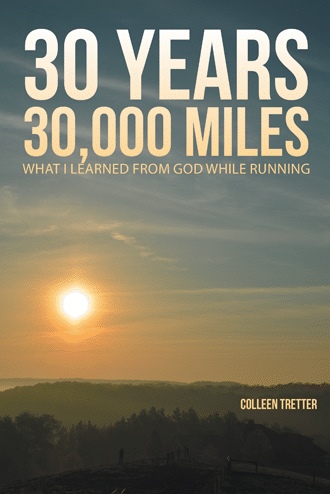 I am sixteen years of age in December 1981, and snow is falling outside the school bus as I, trying to make a decision, stand at the white line just inside the folding door... Our school was sponsoring its annual "Trot for Tots", a run from the Children’s Hospital in Pittsburgh to our high school, in Irwin, PA in order to raise money for the Marine Corps Marathon Reserve toy drive.

Two long-distance runners on our track team said they were getting off at fifteen miles. "Come on, run with us,"” they suggested. My mind swirled with the possibility. Could it be possible? We were in old gray sweats and had pathetic shoes. Thankfully, we didn't know about Gore-Tex, Under-Armour, or high-tech shoes. The amount I could raise if I achieved this distance was considerably more substantial than I had anticipated. I told them I wanted to come with them. They were extraordinarily excited and encouraging. More likely, it was incredulity that a sprinter could even conceive such a notion.

Standing at that white line on the bus may just as well have been the precipice of a cliff. Time stood still. Then, I propelled myself forward down the steps with Bruce Springsteen singing in my head so I wouldn’t lose my nerve, and before I knew it the adrenaline had kicked in and we were running.

Like it or not, we are all running a race called life, and we all have the exact same finish line. How we run our course matters, but even if we stumble and fall, there is always an opportunity to learn to race in a better way. Runners and non-runners alike will appreciate the lessons on such topics as rest and waiting while drawing inspiration to look at life from the viewpoint of seeing what God reveals.

With humor and a compelling storytelling style, Tretter allows you to accompany her on a journey covering thirty years and 30,000 miles. You will encounter the extraordinary people and events that can impact an ordinary life. With intimate looks at subjects such as winning, infertility, forgiveness, and healing, you are sure to be inspired on your own spiritual journey. Or at the very least, you will be able to make perfect Crème Brulée and Thai Sticky Rice!

As a sixteen-year-old teenager in 1981, Colleen Tretter began running long distances, and over the course of thirty years she has logged over 30,000 miles. Through her journey up to her fiftieth birthday, she has gleaned lessons from the road and witnessed inspiring people and events that have deepened her faith and drawn her closer to God. She is a registered nurse who lives on a Pennsylvania farm with her husband of almost thirty years, Jim, their four sons, an exchange student they consider a son (as of 2014-2015), and a myriad of dogs, cats, chickens, horses, and cows. This is her first manuscript.