Let's Get It Right!

No froth, no frills; just salt and light. 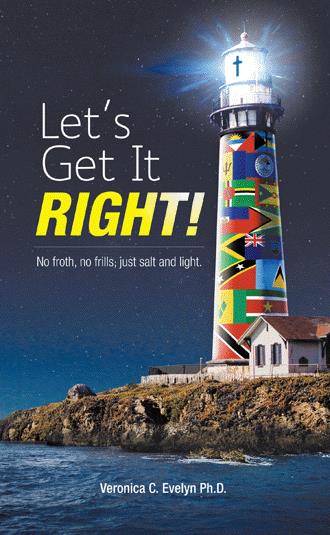 In the beginning of the end, morality was without form and void and darkness covered the face of the earth. And the spirit of lawlessness moved across the face of the waters. And man said: “Let us make gods in our own image and after our own likeness for it is not good for the Holy God to be alone.” So man created gods in his own image. In the image of man created he them, living and non-living created he them. So man took of the weak and beggarly elements of the earth and formed gods of money and metal and mind. And there arose gods of materialism and liberalism and hedonism such as were never seen before. And they lived and reigned in high tech societies where everyone leaned unto their own understanding and did what was right in their own eyes . Men, women, boys and girls lusted after their own kind and many walked naked and were not ashamed.
And the spirit of lawlessness moved across the face of the nations. And man said, “Let there be rights.” And there were wrongs. And man began to take light for darkness and darkness for light, bitter for sweet and sweet for bitter. They called good evil and evil good and became despisers of those that were good . Considering themselves wise, they quickly exchanged the truth for a lie and the law of God for the laws of man. And man looked upon everything he had created and said, “It is good.”
Now it came to pass that in those days as people were eating and drinking, marrying and re-marrying, that a deep sleep fell upon Believers. And they became mute and the Word of God froze on their lips. And they began to stumble, tossed to and fro and carried about by every wind of doctrine . They read the writings of Christian celebrities and exchanged the Word of God for the whims of brand name preachers. And the people began to honour God with their lips but their hearts were far from him; they worshipped him in vain, for the doctrines they taught were the commandments of men. And as they ate the bread of idleness and drank the wine of worldliness they became drunk and delirious. And they wandered farther and farther away from God into enemy territory, not knowing where they were going.
And in their stupor they heard the voice of the gods that man had made saying in chorus: “Has the Holy God said that you should not have other gods beside Him? Has he said that you should come out from among them and be separate? Nay, we say unto you that unless you conform to the world you shall in no wise get tax exemptions, neither shall you flourish or be relevant. Your barns shall not be filled.”
So the people began to fill their churches with mass-produced, microwaved professors of faith who repeated their prayers, filled their forms and attended their functions. Without understanding. And the people rejoiced. Proclaiming a user-friendly gospel of self love, they soon forgot the love of God and walked in the ways of the world, insomuch that they soon embraced sin and left the sinner stranded. All because of “love”. And because iniquity abounded, the love of many waxed cold . They greeted one another with an unholy nod and turned their churches into business houses and entertainment centres and their church halls became headquarters for social events. And many of their services were as concerts and their sermons evolved into motivational speeches. They replaced Prayer Meetings with Feel-Good Festivals and Fasting with Feasting. And as they began to focus on frills and froth, whatsoever they desired, they named it and claimed it. And lo and behold, there arose megachurches such as were never seen before. And many aspired to the titles that abounded. And they clothed themselves in designer garbs and loved greetings in the media houses, premium rooms at 5-star hotels and the best seats at conference halls. They devoured widows’ houses and for a pretence made long prayers.
And the Holy God came at a time when they were not expecting Him. And he found them…eating and drinking with the ungodly and arguing with their fellow servants, betraying one another and hating one another , and they were so ashamed…

Let’s Get It right! takes an incisive look at the social context and practice of 21st century Christianity. In it, the author distinguishes between the church as an organization operating along secular lines and the church as an organism, a living system made up of all who believe in the authenticity of the Bible and the sacrificial death of Christ. The central message to all born again believers is to adopt and maintain a lifestyle of authentic Christianity. Let’s Get It right! suggests that a meaningful way of doing this is by avoiding the frills and froth characteristic of the church as a mere organization and refocusing on the true gospel of Christ. The book makes a special appeal to Caribbean Christians to lead the way back to authentic Christianity.

Dr. Veronica Evelyn is a strong proponent of marketplace evangelism and applied Christianity. A consultant sociologist and former social worker and guidance counsellor, for the past 25 years she has had the unique privilege of working with a wide cross section of individuals, groups and organizations at all levels of Caribbean society both in the secular world and Christian community. Her work includes social action research, training and counselling. It extends from hands on counselling to training of trainers at a national and regional level; from analyzing the effects of microwave society, to technical consultancy regarding intergenerational poverty; from routine family life issues to interventions with substance abusers, sex workers, HIV positive individuals and other vulnerable and at-risk populations. Dr. Evelyn considers this strategic positioning to be God’s purposeful investment in her life so that she can be salt and light in her sphere of influence. Her interdisciplinary training and work experience includes Sociology, Sociolinguistics, Social Work, Addiction Studies and Emotional Intelligence. She is particularly interested in human behaviour and the dynamic interplay between the individual and society.