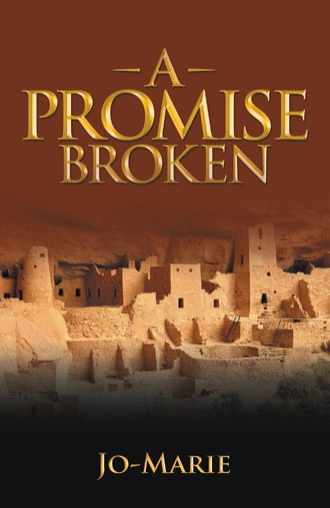 Sitting quietly, leaning on each other, Arnie asks, “Are you afraid to take this ride?”

Adi looks down at her hands in her lap, “Yup. I wish there was another way.” She looks up at the blocked root shaft, then down at the broken walkway and lake water. She pauses, looks at Arnie, “But there isn’t.” They sit for a few miunets in silence. “This may sound really weird, but I know we’re going to be okay. We might get hurt some more, but we’re going to make it to Oakville.”

Arnie says. “And now we better get moving. We don’t want to worry our parents by taking too long to get to Oakville.”

“I finally get to meet your cute friends,” Adi teases as Arnie helps her get up.

“Maybe,” Arnie replies with a blush. “Are you ready for another swim?”

“If you’re ready to save me again,” Adi answers.

Arnie jumps in first. Adi sits on the edge and slides in. Arnie’s arms are ready. He catches her arm and together they paddle to the wall.

Adi turns and goes through their hole, feet first. She drops to the bottom, followed by Arnie.

“It feels good to be away from the water,” Arnie comments. “Do we really have to let it out?”

“Do you want to hike to Oakville on that foot?” Adi asks.

They get their backsacks secured and the cart’s hooks reattached. They push the cart as close to the dirt wall as they can. Sitting in the cart side-by-side facing the back, they hold the pole between them and begin jabbing at the base of the dirt wall.

“How much water should we let through?” Adi asks.

“I don’t think we’ll have a choice,” Arnie says worriedly. “Once we open this wall at the bottom, I think the rushing water will topple the whole wall, sending the entire lake at us.”

Adi looks at the wall, “And all these rocks will come rushing with the water?”

They look at each other, smile, take a deep breath, and cheer, “We do this!” They begin jabbing the bottom of the wall as hard and fast as they can. Many miunets later, the wall is still not open. Arnie suggests they take a break.

“I was hoping this would go a lot quicker than it is,” Adi complains. Arnie explains, “I expected this, the wall is thicker and more packed in down here. It’s going to take a lot more jabs to get an opening, but when we do, the water behind the dirt will finish our job for us.”

“At least it’s giving our families the chance to get to Oakville first,” Adi concludes. “I know my mom wants to be there when we arrive.”

After many, many more jabs, the pole finally gets through the thickness of the wall. A trickle of water comes through. Almost immediately, rocks and dirt begin to fall forward. Water starts pouring through.

Arnie hollers, “It’s falling! Sit low in the cart and hold on.”

Adi quickly turns and sits on the floor of the cart in front of Arnie. He hooks his legs around her, pulling his body as closely as he can. They tuck their heads to protect them from flying rocks and rushing water. Both grab the cart’s sides as the water rushes in. The cart shoots forward.

“Hang on, Adi!” Arnie yells over the roar of the water.

Their cart bangs from side to side as it flies through the tunnel. They hear a huge crash behind them.

Adi hears a rock hit the back of their cart. Arnie’s body shoves her forward, and she hears him grunt. A rock hit him. She knows that he sat behind her to protect her. “Please Michael,” she whispers. “Protect Arnie.”

Their cart picks up speed as it rocks from side to side. Their heads flop left and right. Their hands hit the sides of the tunnel, but they hold on. They’re at the mercy of the rushing water! They move much faster than expected! In what seems too short a time, the tunnel tilts downward, increasing their speed. It veers to the left, causing their cart to ride up the right wall. Their bodies tilt left. They struggle to stay upright, hoping to counter balance their cart.

The cart slides to the bottom of the tunnel, leveling out just as a big rock bounces off the back of the cart. It smacks the back of Arnie’s head. He slumps forward onto Adi.

“Arnie!” Adi yells. She gets no response. The forward force of the cart won’t let her turn around. She feels his limp arms hitting her.

Adi releases her right hand and pulls Arnie’s right arm over her right shoulder. She grabs the cart and does the same with his left arm.

Holding only with her right arm, she uses her left arm to hold Arnie’s arms in front of her. His head is flopped on her right shoulder. She can hear his irregular breathing.

“Please Michael,” she calls to her friend. “Help us! Zdenko, please help Arnie.”

The bottom of the cart slides left and right, back and forth many times. Adi hunches forward, holding Arnie’s arms close. She keeps his body as tight to hers as she can. She leans her head on his to hold it somewhat steady. Her neck cramps, but she doesn’t move.

Arnie groans. He regains consciousness. He doesn’t know why his body is pinned against Adi. He tries to pull away, but she holds firm.

“I don’t let go until I know you’re okay,” she hollers.

She hears his groggy response. “Arnie, can you sit upright without falling over? You took a bad hit.”

“Head’s killing me, but I can do it,” Arnie says. He straightens up, as she loosens her hold on him. He grabs the cart’s side. “How long was I out?”

“Just a short time,” Adi says. “We’ve made the downward slope which means we’re almost to Oakville. The power of the water is slowing down. We’re not sliding left and right anymore, and our speed has decreased.”

“What happens to the water when it hits the Oakville Station?” Arnie asks.

“I didn’t think of that. I hope our parents got there before the water did,” Adi says. “If not, they’re in for quite a surprise. We’ll know soon. Look. There’s the entrance to the station. The door is open, so they must have been warned.”

The cart comes to a stop before reaching the door. Neither Adi nor Arnie can move. Their bodies hurt! They hear a familiar man’s voice call,

“They made it! Their cart stopped and very little water is moving.”

Workers from the Oakville Station rush to the cart and push it into the station. The parents start to lift the kids, but Lee makes them wait.

“Let the doctor check them first. Make sure it’s okay to move them.” Arnie responds, “We’re bruised, but okay. We can get out by ourselves.”

“No way,” Adi claims. “Arnie’s right foot is badly hurt, and he was knocked out by a flying rock. He was hit in the back of the head.”

“Squealer,” Arnie says to her. Then he adds, “Thanks for taking good care of me, again.” 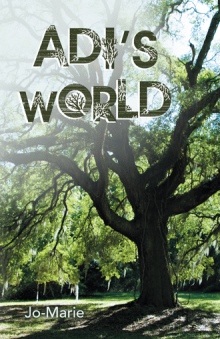 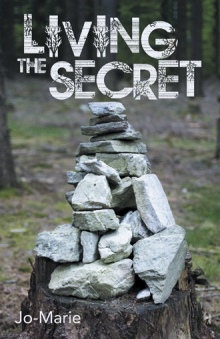 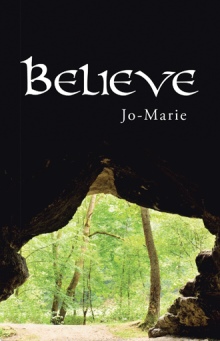 Imagine being a very tiny being in a world of giants where your town is built into the side of a cliff. What would happen if earthquake tremors rocked your town?

Rumbling begins. A hole opens down below. Homes sink into the cliff. The ground is swallowing Cliff City!

Ayden tries to keep moving along the wall, but the very ground he’s standing on is collapsing. He knows he can’t leap to safety, but Jeffy is still in his arms. In a desperate attempt to save Jeffy, he yells to Tony who is ahead of him. As Tony turns, Ayden flings Jeffy. Tony reaches and grabs Jeffy, pulling him tightly to his chest. Just as Jeffy is safe, the ground under Ayden gives way. He plummets downward! Bev and Tony scream, but can’t stop his descent. Ayden closes his eyes and falls into blackness.

What will happen to Tunnel Town? Can their passageways withstand the shaking?

What about Maple Community? What damage will the tremors do to the town inside the tree?

A Promise Broken is the third book in the Adi’s World series.

Jo-Marie is a full-time author for the Adi’s World book series. Her first two books, Adi’s World and Living the Secret, are now in print. The final book of her first series should be in print later this year.

Jo-Marie lives in Goodyear, Arizona. She is married and the mother of two great adult sons. She taught elementary school for twenty-four years in Illinois and Arizona, retiring in June of 2014. She is now an indie author, currently working with Westbow Press. She is also the owner of her own business, Jo’s Journey, LLC.

Jo-Marie loves visiting schools and book stores to do presentations about writing, being an author, and, of course, her own books.

Jo-Marie began writing her first book at the urging of her former fifth-grade students, whom she always told that they had to live their dreams. One class challenged her to write Adi’s World, which had been Jo’s dream for over thirty years.

You can learn more about Jo-Marie and her books through her website: