The Disciplined Pursuit of Greatness 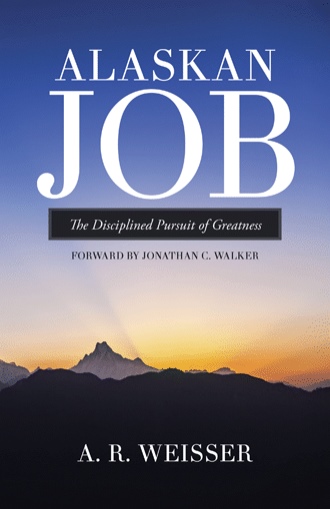 My quest to accomplish something truly awesome began early in life.  One occasion in particular was so promising I knew it was going to be awesome well in advance.  I could feel it in my bones.  I was on the verge of a truly epic moment.  I was thirteen at the time and was undergoing changes that had stirred within me a growing fascination.  All boys go through it.  It had begun as a quiet but powerful urge a few years previous and now was in full expression, invading my otherwise innocent daydreams.  Yes.  All men know what I am talking about.  I was now unabashedly and passionately attracted to explosives.  From the core of who I was as a young man, I wanted to blow stuff up.  And I did.

Growing up for part of my life on the mission field in the mega city of Manila, I had access to cheap explosives in the form of fireworks.  These were the kind of fireworks that you can’t buy over the counter in this country.  Ok, so they weren’t exactly sold over the counter in Manila either.  You had to ask for them by name and then they appeared; brown triangles about the size of a grilled cheese sandwich cut diagonally in two with a long red fuse.  They were called “Super Lolo’s” which essentially means Super Grand Daddy’s.  And they were awesome.  And loud.

My plan had been fomenting since I had come to possess a piece of bamboo that was about four inches in diameter and roughly three and a half feet long.  Bamboo is an intensely sturdy material and it seemed automatic that this piece of material would make a fantastic cannon.  Our home in Manila was surrounded by concrete block wall on the back side of which was a large, overgrown empty lot.  My heart palpitated at the thought of being able to launch projectiles over that wall and into the foliage of the lot next door.  If I could reach all the way across this lot onto the roof of the next house; even better.

The concept of a cannon is fairly simple; large tube stuffed with explosive powder, followed by wadding, followed by projectile.  No problem.  I had my Super Lolo’s, some old rags, and a large rock that fit down into the bamboo stick perfectly.

Of course this kind of epic adventure should never be embarked upon alone and so I talked Levi and David, two of my younger brothers, into giving me a hand.  The cannon had been loaded and the fuse was ready to light.  After failing to find a good location to affix our big gun, it seemed reasonable that the three of us would hold the barrel firmly while firing it off.  Surely the recoil would not exceed the strength of three enthusiastic preteen boys.

I remember it so well; the cool concrete pebbled patio on my feet, the dark sky of endless opportunity, the excitement of joining with the ranks of castle demolishing armies of centuries past mixed with the sheer terror of being discovered by my parents before our test firing was complete.  On the count of three I would light the red string and we would behold the majesty.  3…….2…….1.  And boom.

The unfortunate thing about explosive experiments is that the culminating moment is rather brief.  The gap of time between prior to the explosion and the state of emergency immediately following is imperceptibly small.  Really there is less than a hairs width between serene calm and panicked hysteria.  A sky diver with a failed shoot at least has a few moments to prepare emotionally for the pending disaster.  Not so with canons.

The cannon exploded.  Literally.  As in the whole cannon was blown into bits in our hands.  Like so many bamboo toothpicks.  Because the blast was simultaneously blinding and deafening, my senses were particularly tuned into the strange and prickly sensation I was experiencing everywhere my skin had been exposed.  Like a thousand bee stings all at once.  What brought me back to my awareness of the world around me was the sound of my screeching brother.  “MY FACE, MY FACE, MY FACE, IT’S GONE!  MY FACE IS GONE!”  I couldn’t tell if his face was actually gone because he was covering it with his clenched hands.  I think he was clasping it in an attempt to save what was left.  I had never seen someone lose their face before but I felt this was bad.  I tried shouting over his screams “MOVE YOUR HANDS!” but he continued to clench his faceless skull and holler about his face that was gone.  “I hope my parents aren’t hearing this” I thought to myself. “MOVE YOUR HANDS!”  More screeching.  “HOLD STILL.”  I pried his hands from his face for a close up inspection and was relieved to see that it was all still there.  David still had his face and we still had ours.  And our hands.  Mostly our hearing was gone.  And our skin felt tingly.  The rock lay on the ground at our feet looking only disappointed at the flight cancelation.  The search for awesomeness thwarted once again.

As I have aged, my quest to accomplish something truly great has grown more sophisticated, more mature, and more focused on eternal priorities.  Thank goodness.  The whole explosive trip would have proved costly over time I imagine.  (Think Hurt Locker minus any meaningful motivation.)  In this quest, I have learned to draw on the example of others.  But let’s be honest; those examples can be hard to come by.  I’m looking for someone who is truly awesome but awesome in a way that I can both relate to and aspire to; someone inspiring but not alienating.

The purpose of this devotional is to share with you the best and most helpful example that I have ever come across.  A nearly perfect example.  According to God himself “There is no one like him on the earth."

It’s a fact: God wants you to be a great man. If the pathway to greatness seems hidden to you, as it does for many men, it doesn’t need to be. Greatness is achieved through the disciplined pursuit of some very practical goals. Greatness is not achieved by feeling great or by believing you are great. Men who say and believe they value God and His will are really not uncommon. Many of us know what we should value and what we want to value and yet never turn these convictions into habits. The pursuit of greatness is contingent upon the ability to turn these passions into habits. The truth is the habits of your life are an infallible testimony of what you value. So let me ask, if your life were to undergo an activity audit, would there be compelling evidence that you spend your time investing in the things you claim to value? In this book you will discover the ten habits of Job’s life that led God to say, “There is no one like him on the earth.” These are described in the twenty-ninth chapter of the book of Job, where you will discover a clear and yet deeply challenging road map to greatness. If you commit to this journey, it will cost you everything. You will lose your life. But if you lose your life, you will find your life— the greatest life imaginable.

Aaron Richard Weisser is a former commercial fisherman and carpenter turned church-planter, pastor, speaker, and writer, in Homer, Alaska, where he resides with his wife, Jenny, and their six children. Aaron has ministry degrees from Alaska Bible Institute, Moody Bible Institute, and Columbia International University, and serves full time at Church on the Rock Homer.