Reflections on the Apostles' Creed 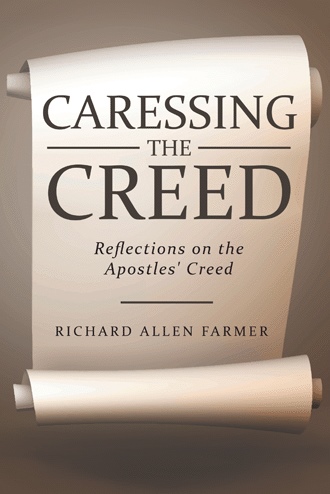 Before we look at God as father, let's first examine the phrase, "I believe". Belief can be quite nebulous and non-specific. I remember singing a popular song in our middle school choir, written in 1953, that was terribly general. The song spoke of believing but never full stated the object of the belief.

Some people have a theology like this. It is general enough to cover all bases and it doesn't nail you down to a specific position or belief. The Apostles' Creed is designed to articulate not simply that we believe in God. We believe in a specific God who has come to us in Jesus Christ. The creed will then proceed to name names and make it clear that we're not talking about a general, ambiguous deity here.

Actress Shirley MacLaine writes, in her book, Out on A Limb,

"Not that I am God, but that we are god, that all is god, that we're all part of a cosmic oneness. And if we don't feel that we're god, that's simply because we're ignorant. And the only way that we can banish our ignorance and discover our godness is by enlightenment that will come through meditation."

People of the Christian faith, who have named Jesus the Christ as their only Savior and Lord, don't see themselves of gods. No, we are in an increasingly intimate relationship with the God of heaven and earth, the God of the Scriptures, the God of creation.

It is possible to recite creeds week after week and not think about what we are saying. These sermons on the Apostles’ Creed give fresh insights to the worshiper. You may never recite “I believe” in the same way again.

Richard Allen Farmer is the pastor of the Crossroads Church in Stone Mountain, Georgia. A concert pianist and Bible expositor, Farmer has blended the arts and preaching, for more than thirty years. A graduate of Nyack College (B. Mus.) and Princeton Theological Seminary (M.Div.), Farmer has also served as Dean of the Chapel at Gordon College and Taylor University. A renaissance man, Rev. Farmer is an instrument-rated pilot, a SCUBA diver, Segway rider, motorcyclist, Scrabble player, and foodie. He is the happy husband of Rosemary and the delighted father of Timothy.