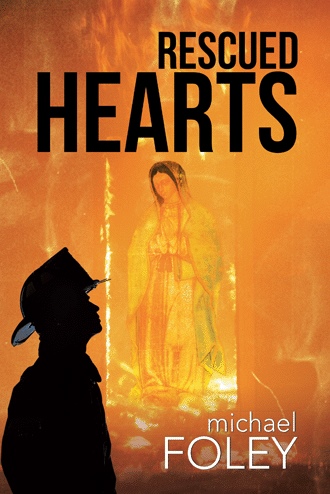 “Are the nuns still here?”

“Yes, they are.  The one’s who came with you went back and six took their place.  They’re going to pray in shifts. They’re in the chapel.  Sister Mary Elizabeth said she will remain here until ... until .... .”

Matt sat stoically, seeming to stare past her. She wondered whether he had heard what she said.  Clearly his thoughts were elsewhere.

“Tell me more about the praying they’re doing,” he blurted out, catching Maria by surprise, as he turned, walked back into the waiting room and sat down on one of the chairs.

Following close behind, Maria sat down on the chair beside him, folded her hands on her lap, leaned forward and said, softly, “Matt, I don’t have any real … insight.  I am not familiar with things that have gone on in your life before you came here.  After what you said to me earlier, about God letting this terrible thing happen to your sister, I’m going to guess that you have some long standing issues with God.   Am I right?”

“I don’t want to get into it, really,” Matt snapped then, realizing how callous he must have sounded, he immediately tried to recover.  “I’m sorry for that. But I’d rather not get into it. Not now, anyway,” he said, softly, apologetically. “Maybe some day. But yes, you are correct to assume that there are issues. Things have happened to me. Bad things. Terrible things.  Some situations I created, some I didn’t.”

Maria didn’t flinch or take any offense. “Don’t worry, Matt.  It’s okay,” she said, placing her hand on his shoulder.  “But you already know why they’re praying.  They’re nuns.  It’s what they do.  But theirs is a perfect balance.  They are in tune with the Almighty.  They welcome God’s will and accept it without question.  But that doesn’t mean that they won’t ask for Sister Cathy’s life to be spared .... and they will, but only if it is His will.  Right now, they’re doing exactly that.   And praying for her soul.”

Maria leaned back, waiting for a response.

“I know about God’s will and all of that,” Matt began. “I remember most of the details about being raised a Catholic. I remember the prayers.  But ......,” Matt’s voice trailed off.

Maria started to interject but caught herself.  This is no time to fill this man’s head with even more details, she reasoned. He will find his metaphoric center and God will help him do it.  She was surprised when he suddenly answered.

“Please,” Matt began, “don’t think poorly of me but here’s the story.  Many years ago, I found myself drifting off the Catholic reservation, so to speak.  Things happened to me at work and in my personal life. I caused things to happen.  It seemed that the longer I lived, the worse it got.  I reached the point, I don’t know when it was, exactly, that I started to believe that I was too far gone, even for God.  Beyond redemption.  I let God and my religion kind of drift past me, never seeing it as a safe harbor.  As time went on and God got farther and farther away, my faith evaporated.

“Yeah, I suppose I do.  It’s hard to be raised Catholic and not believe.  But I saw so much grief and misery.  Day after day. There was no escape. Now this. Now this; tonight. My sister is laying on a gurney, her beautiful life slipping away. And here I am, sitting here like a bump on a log.  What kind of God let’s my sister die and let’s me keep living? What kind of God has this for a plan?” Matt concluded angrily, sweeping his hand toward the emergency room.

Maria sat, stunned to stillness by the depth of Matt’s disdain and his willingness to articulate his beliefs to her, a veritable stranger.  She was unable to even begin thinking about responding. Clearly, Matt had his own demons to contend with and it was far beyond her ability to evaluate his attitude and offer advice or counsel. Silently, with a few quick words, she asked Our Lady of Guadalupe for guidance. She asked to better understand Matt’s contempt for God and all He stood for.

After an awkward minute of silence, Matt turned to Maria and tried to speak. His eyes were heavy and tearing.  Forcing the words out of his mouth, he said, softly, “I’m sorry, Maria.  I had no business laying that on you.”

Maria had the words she needed:  “Don’t worry about me.  The best thing for us to do right now is think about what we’re going to say to God, what we’re going to do while the doctors and nurses help your sister. Will you walk back to the chapel with me?” she asked, guardedly.

Matt answered by standing up and looking toward the nearby corridor. Maria was on her feet quickly, surprised at his response.  “Before we go back to the chapel,” Maria said, “just try to talk to God like you talked to me just then.  Let it out.  All of it.  Give it all to Him.  Let Him carry your burden.  And whatever else you do, don’t think about the past.  Never mind worrying about something you did fifteen or twenty or a hundred years ago.  That’s old news to God.  He knows you and He knows what you did and didn’t do.  He knows your heart.  His forgiveness can come later.  Right now, we need to concentrate on Cathy.”

As Matt was listening intently, he felt a gentle vibration in his pocket.  He reached in and took out his iPhone.  Flipping it open, he looked at the screen:  “Tim.”

Rescued Hearts tells the story of Matt Toomey, a grizzled veteran with years of service with the Boston Fire Department, who has grown increasingly bitter and cynical as the decades have passed. His experiences in life not only have driven a wedge between him and the Catholic Church, they have led him to turn his back on God altogether. When his sister, a Catholic nun, becomes the victim of a violent crime, Matt initially finds his attitude toward life confirmed by the tragedy. But, in time, he discovers God is at work to lead him down a path to renewal.

Drawing upon his own experience as a firefighter who returned to a life of faith after undergoing a spiritual awakening through the mercy of Our Lady of Guadalupe, Michael Foley has crafted a fictional spiritual biography that captures the truth of how God works his mysterious ways in people’s lives.

You may find yourself drawn to stories of how lives can change radically, how God’s grace can work for the good even in the depths of despair, and how a moment can emerge as the pivot point upon which a whole life swings from one direction to another. If that’s the case, then Rescued Hearts will lead you to walk along the path of such a life and to celebrate God’s generous acts of healing.

Michael Foley, a former United States Marine and fire lieutenant with the Boston Fire Department, underwent a spiritual awakening on Christmas Day, 2006, while visiting the Basilica of Our Lady of Guadalupe in Mexico City. A freelance writer, he has woven that life-changing experience into Rescued Hearts.