Give Us This Day Our Daily Meds (Bread) 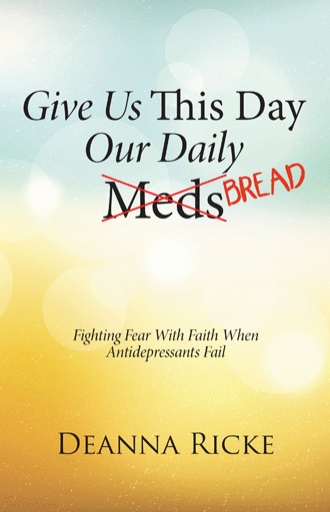 Lessons I Learned from my Lunatic Boss

I’ve been in corporate America for more than 25 years, and I’ve worked for a lot of bosses, a couple of whom I suspected might be crazy, but only one of whom did I have actual, indisputable crazy proof. Her name was Georgia, and I adored her.

Georgia was probably in her fifties at the time we worked together, but she looked 40, acted 30 and had a body any 25 year-old would approve of. For the first few months that I worked for Georgia, she gave no clue to the crazy. To the contrary, she seemed completely, ridiculously normal. She was a successful business woman. We’d done lunch, met with clients, negotiated business deals together, all totally normal stuff. It wasn’t until Georgia invited me to a soiree at her artsy abode that I realized the magnitude of my misjudgment: Georgia was the double fudge frosting atop the crazy cake. Her home was nothing short of “Freak Show” frightening.

Georgia was a collector of things. And not normal collecterly things like salt and pepper shakers or snow globes or stamps. No, no. Georgia was a collector of weird things. Her large loft was stuffed to overflowing with displays of her creepy collections. There were shelves upon shelves of baby doll heads. Not baby dolls, just baby doll heads. Some with hair, some not. Some with eyes that were only half open, suspiciously appraising the passers-by; some winking as if to say, “You just thought she was normal. How do you like her now?”

Under the glass of a coffee table was a collection of vintage french condoms – still in their unopened packages, thank goodness. Where does one even get vintage condoms, let alone French, and are we expected to believe that the French were concerning themselves with safe sex way back when?

Next to the condoms there was a collection of very small animal skulls, like maybe from a lizard or a rat or a baby puppy, and hung everywhere, in what looked to be planned randomness, were faded, petite vintage dresses. Dressy dresses with silk and crinolin and lace and beads. And vintage, delicate sling-back high heeled shoes with pointy toes of faded ribbons and bows.

These are the only things I can remember, the things that stand out 15 years after my visit, but these are by far not the only things she collected. Oh, and there were lots of real parrots in cages. I specifically remember several squawking parrots, their cages swinging from rafters in the kitchen. Georgia didn’t cook, so of course, this was where the birds were.

Georgia’s stories were as colorful and crazy as her place. My favorite Georgia story was one in which she and her best friend had been invited to a gala celebrating some art exhibit opening at some museum in Denver, and Andy Warhol was rumored to be attending. It was a costume party. Georgia’s best friend was dressed as Carmen Miranda with fruit bowl atop head and maracas in hand. Georgia was dressed as some famous muse in a bright blue dressing gown. She had skipped her weekly blow out, and her red hair was wild and frizzy. As they entered the museum, they looked around and noticed that apparently, Georgia’s friend had misread the invitation. It was not a costume party at all.

Carmen Miranda and The Muse paused briefly in the foyer, surveying all of the tuxedos and subdued gowns, looked at each other, shrugged, and headed to the bar. As they were enjoying their first drink, Andy Warhol walked up, threw an arm around each lady and shouted, “Thank God! I thought this was going to be another boring night!” and lead them off to the dance floor.

I think of Georgia’s Andy Warhol story, and I wonder what I would have done in her place. I’m certain I would have been flagging a cab at the sign of the first black tie, and I would have missed out on the greatest night ever.

With retrospect I realized that Georgia wasn’t crazy; Georgia may have been the bravest person I’ve ever met. Unlike me, Georgia didn’t hide her crazy, she built shelves for it. She wasn’t embarrassed by the oddities that interested her. She put her crazy on full display and invited the world in to see, and in the process, she made all of us feel o.k. about the crap we have crammed in our closets.

The tricky part, the hard part, is stopping ourselves from leaving the party. The hard part is finding the courage to face and embrace the nutcase we meet in the mirror. We have to find the courage to stay at the party, confident that there is a reason we are who we are, including all the dumb things we’ve done, confident that God made us that way for a reason, a purpose. So bring the crazy, and don’t waste a single second worrying about what the guys in Gucci or the girls in ball gowns think. How many people, would you guess, envied Georgia as she whirled the night away, laughing and dancing with Andy Warhol?

What if I fought fear with faith, instead of narcotics? she thought. What if I turned to God instead of Google? Would that make me crazy or just Catholic?

An achingly honest and funny tale of how one worried working mom fought fear with faith and began hearing from God in wonderful ways. Deanna weaves together her own moving personal stories with Scripture, modern lyrics, and practical advice. She shares the seventeen steps she took to move from doubtful to devoutful. Each chapter begins with Scripture passages and ends with questions for consideration, making the book a great choice for individuals, book clubs, Bible studies, or small groups.

Deanna Ricke has an MA in communication studies and a BS in journalism from the University of Kansas. She has been in marketing and communications for more than twenty-five years, including executive positions with The Walt Disney Company and FOX Cable Networks. In 2003, she founded a communications consulting firm, and her clients have included American Family Insurance, Bath and Body Works, Blue Cross and Blue Shield, H&R Block, Hallmark, JCPenney, Kroger, Luxottica, Marshalls, PetSmart, T.J. Maxx, the US Department of Defense, the US Department of Agriculture, Verizon, and Victoria’s Secret. All while raising two sons.

Deanna authors the “Faith Matters at Work” column for Catholic Business Journal and pens a popular blog, “Faith in the 9 to 5” at DeannaRicke.com, where she writes about the never-ending fun of combining work, faith, and family. Her podcasts are available on iTunes.