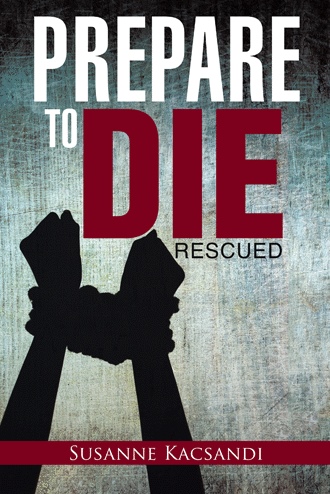 …his scent lingered in her nostrils, familiar muskiness leaving her nauseous, dizzy, weak. Memories lying dormant under the skin of Rachel’s consciousness, shrouded in horror, begged to surface and be recognized in response to that smell. She began to feel the familiar chill of terror starting at her fingertips, running up her arms, determined to sink deep into her organs and freeze them to death.

I have to get a hold of myself.

Rachel managed to make it to the bathroom, pulled open the door, and turning to her right grabbed hold of the sink with both hands. She began to sob; no matter what she did, she couldn’t stop crying. Steadying herself with deep breaths, she studied her reflection in the mirror; a frightened pale face etched with pain stared out. She leaned over the sink, dabbing her eyes with a paper towel, unsuccessful in her attempts to relax. Glancing back up in the mirror, Rachel noticed a tall, sturdy girl with long dark hair and gentle brown eyes standing behind her. She had not even heard her enter. Startled, Rachel turned, feeling sheepish.

“Are you alright?” the tall girl asked gently.

Rachel, sob still stuck in her throat, could not respond, but the fear in her face was evident. “It’s okay. You need a hug?” Rachel shrugged and nodded slightly; the girl, who identified herself as Lauren Fesetti, gave her a sisterly embrace. Rachel began to unwind as Lauren explained that she’d had an odd feeling she needed to get to the restroom.

“…and here you are, in need of a hug.” Lauren continued, “God loves you very much; you are special to Him.” At this, she paused, “I keep hearing three things in my heart God wants you to know.”

At the mention of God, Rachel’s heart beat wildly, she worked hard to settle it so she could hear what Lauren was saying, “The Truth shall set you free. All that is concealed will be revealed. And don’t worry.”

Rachel then leaned out of the hug and looked curiously at Lauren, “Thanks, I needed that. I’m Rachel.” Lauren watched her grab another paper towel, blow her nose quietly, straighten her trim frame, and eye the doorway. Both were glad no one else had entered.

“Would you like me to get you some water?”

Rachel managed a weak smile, “Thanks for offering, but I’ll get some back at my table.” Lauren nodded in acknowledgement, “Anything else I can do?” Rachel again eyed the door, “Actually, yea. Can you sort of peak out the door to see if that guy with the cell phone ─ sandy blonde hair, late thirty-ish, white shirt, red tie, is still standing there?” Lauren glanced through the door and watched a fellow fitting that very description walk slowly to a table on the far side of the room, away from where Rachel was seated.

“Actually, no, Rachel. He’s heading away from us. Why?” Lauren whispered with evident alarm. “Nothing. He just reminds me of someone I once knew,” Rachel answered, frowning.

“Okay,” the older girl responded, then asked as an afterthought,

“Hey, do you go to church?” Rachel’s eyes lit up. “Lauren, I’ve been going to Sudbury Church for about a year, “You?”

“As a matter of fact, I attend a sister church of yours over in Hartgrove. I’ll e-mail, we can keep in touch. In fact, a few of us are hanging out at Panova’s tomorrow after church.”

Noticing Rachel’s hesitancy, Lauren simply smiled, dove eyes still concerned, “Bless you, Rachel. Good to meet you.” Giving her arm a friendly, reassuring squeeze, she turned and left. Rachel followed her out, making sure he wasn’t around.

Maybe she would discuss this all with Dr. Fruet on Thursday.

Maybe Shelley would want to stop at Panova tomorrow; maybe look for Lauren and her group. Maybe. She’d give Shelley a call later on before bed.

Making her way back to her table, Rachel sat down in the comfortable chair and finished her lunch, noticing Lauren Fesetti at the checkout counter running Mr. Pervert Look-a-Like’s credit card through.

That’s odd. An angry look crossed his face and he shouted, “That’s a bunch of crap! Run it through again!” Lauren obeyed and repeated that it was declined, then mentioned that they’d been having trouble with the machine on and off all day. “I could run it through a secure phone line we have, if you like, or you could use another card, Sir.”

Pervert, nonplussed, retorted, “Just do it! I’m in a hurry!”

Then she watched Lauren bend under the counter and place the card in a small black box-like machine, press a button and straighten, handing the retrieved card to its owner.

“It went through. Sorry for the inconvenience.” The man who resembled the pervert barked out, “Yea,” signed his name, angrily stormed out. Rachel could see Lauren process something in the box under the counter, placing both it and a card from the cash register into her brief case. She spoke briefly to a woman in her mid-thirties who took over the counter; turned and left.

Rachel followed Lauren on a whim, and standing unnoticed in a corner of the lobby, watched her amble briskly through the door. A warm summer breeze boldly entered, filling the place with the scent of freshly mowed grass. Meanwhile, the man was crawling into a white suburban on the far side of the well landscaped lot, Lauren staring at his license plate while jotting down numbers. Rachel returned to her meal, which by now was cold, thinking on all that had occurred. Really odd.

Then his name shook through her entire being and she was thirteen again. Methodius G. Smith. Method. She could still remember him saying with a gnarly laugh, “See there now. There’s a method to my madness.”

Based on true accounts, this intricate plot unravels while a former victim of sex slavery pieces her life back together following a courageous rescue and bust of a human trafficking ring by federal agents. Feel the excitement of victory as the supernatural explains the natural; hear your heart throb as tremendous battles are fought and miraculously won. You decide if good still triumphs over evil in this wicked world. When you hear how hope can thrive amid horrendous circumstances, be prepared for a ride on an emotional roller coaster. When you meet members of the ring and its victims and develop a relationship with each one, you just might change your mind about some things. How many of them allow truth to set them free? Why? What happens when faith sustains hope, and hope is renewed? Does it heal a heart? A soul? You’ll love and laugh, hate and cry as truth reveals the lie; you’ll lie in suspense, never guessing the end, although the end never really comes…

Susanne lives in northeastern Ohio with her family.