An Outpouring of God's Hidden Wisdom for the Heart and Mind 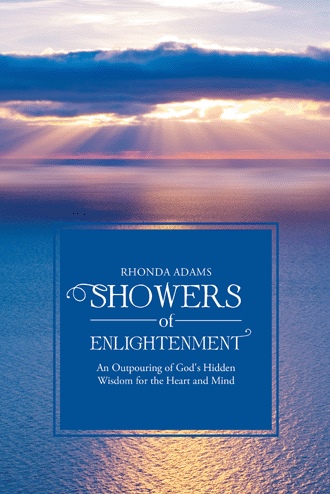 After I was born into God’s family, I had a significant encounter with God that helped me to realize that He wanted me to put some things in my life aside, read the Bible, and learn about Him. It began with one card, out of a deck of cards.

Before I was saved, I often played the card game called solitaire. One evening, after I received Jesus as my Savior through a TV evangelist, I was playing solitaire on the floor in my living room. I was 29 years of age. During that evening, I began to receive a little desire, and a thought, to read the Bible. The desire and thought kept coming to me. I considered it for a moment and began to wonder, “was it God?” Being aware that it may be God, I said these words out loud, “God, if You want me to read the Bible, let the next card be an ace.” Well, I flipped the card over, and yes, it was an ace. It was not only an ace, it was the ace of hearts. When my eyes set on that heart, something amazing happened inside of me. I’m not sure what it was about that heart (except perhaps as Scripture says in 1 John 4:8, God is love), but when I saw it, my spirit responded with an awareness of God. My communication with God had just begun. It was the first time in my life that—I discerned God. As I stared at the ace of hearts for that very brief moment, I was discerning the prompting that I was receiving and was beginning to put two pieces of that mysterious puzzle together. It was my first spiritual prompting since having become a follower of Jesus Christ. I’d have to say that it is one of the most amazing moments in life when a born again person hears the Father—for the first time. It’s just like a small baby, whose vision is not yet fully developed, who hears its mother’s voice, recognizes it, and turns its eyes and head to find that voice that is then becoming familiar.

Had God put the ace of hearts there? No, but He did put the desire in me to request the ace at that moment, knowing it was there. I realized that much. He used that moment to communicate to me His desire that I read the Bible. It was a prompting from God. Being one hundred percent convinced, I put the cards away, got some ice tea and cheese nips, walked to the kitchen table, and started reading the Bible. I believe I haven’t played solitaire since that evening. I gave it up for God.

Let’s read about God’s promptings. Throughout the life of a born-again Christian, God will be prompting that person; it’s one way He communicates with us. Please note that the words in brackets in scriptural passages aren’t in the King James Version; I have placed them there to help readers who might find the KJV a little difficult to understand. In Philippians chapter 2, verse 13, the apostle Paul gives this revelation:

If God puts the desire in us to pray for someone, it’s His will and is pleasing to Him. If He puts in our hearts and minds to give, that’s again His will and pleasure. If God fills us with a desire to do anything, it is His will. Here’s an example. I went to college after high school, but did not graduate. Several years have now passed since I first went to college, and I am now enrolled again in college. This decision came from both a prompting, and dreams (visions of the night).

A few years ago, I began to receive dreams that I was in college again. In the dreams I would be walking on the grounds of a college campus on my way to math class, or English class. The college buildings in each dream were different, and all of them were large and beautiful structures. When I would wake, I would think, “How interesting.” After about the second dream, I wondered why I was dreaming about being in school again. Dreams like this came several times within about two years.

One day, while waiting in line to pick up one of my children from school, I felt the presence of the Holy Spirit manifest and recall the dreams. I then received His revelation about why I was receiving the dreams. At that moment, it was revealed to me that He was giving me those dreams. He was trying to direct me back to college. It was at that same moment I felt a strong energetic desire well up within me to go back to school. I would not have even considered this a year or more prior, but God had just prompted. The “will and to do of his good pleasure” was then worked in me. I then knew the path to take, and I was suddenly ready to go to school again. I was so excited to go to school, then, but not before. The prompting from God was a thought along with a great joyful desire “to do” what was thought. In this case it was a thought to go to college.

In Showers of Enlightenment you will be encouraged to research God's Word to easily find enlightening facts that will truly help enhance spiritual growth. Within these studies you will:

• Discover what mysterious search God has been on for thousands of years.

• See what Jesus reveals about why heaven is such a mystery, when it's found, and the two treasures to be aware of.

• Discover some amazing truths that Jesus and the apostle Paul revealed about judgment of the redeemed, and judgment on the world.

• Understand the mysteries about the ears that hear God, ears that do not, and unbelief.

• Learn some very enlightening truths that Jesus revealed about the effect that our words have in our lives now, and the effect they will have on the coming Day of Judgment.

• Get a brief, close-up look at two hidden kingdoms, and the effect each can have on the souls of humanity.

Rhonda Adams is a resident of the town of Morganza, Louisiana. She has been married for 17 years, and is a mother of three. She has taught Sunday School (children, then adults) at a local Baptist church for several years. Since about 2012, Rhonda has been distributing free Bible study booklets, with prayers for salvation, in public buildings throughout local towns and cities to invite people to the kingdom of heaven through the written Word. After receiving multiple dreams, over a span of two years, of being back in college again, she received direct revelation from the Holy Spirit in 2013 that He was directing her to go back to college. She is presently in Seminary working on her degree.