My Journey from Islam to Christianity

Compelling evidence for those seeking the truth 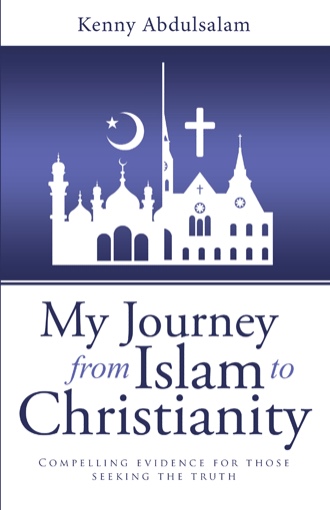 Chapter 4
The Seed Is Sown

My father, in addition to being a devout Muslim, was a very hardworking man. Over the years, his real estate business became very successful. He owned many properties and buildings throughout Africa. Many of these were residential buildings containing apartments of various sizes that he rented or sold. He also owned several office buildings in various cities.

Prior to my departure to Saudi Arabia, my father gave me a room in one of those buildings, where I would be able to pursue my studies away from the noisy atmosphere of our big family home. It was comfortably furnished with new furniture, a comfortable bed, a big desk with an adjoining bookcase, a tiny kitchen, and an adjoining bathroom. My new residence was within walking distance from my father’s house, where I went three or four times a week to join the family at dinner. I enjoyed the freedom and independence of being able to study without any disturbance from my twin brother. My twin was not as studious as myself, although he was doing well enough in school. He was never jealous of my special treatment and has always been very proud of me. I was honored that my father considered me mature enough to have my own room. I had just turned seventeen.

On that fateful December morning in 1987 when my life was turned upside down, I was just settling down to do some reading when I heard a knock on my door. At the door was a tall, thin man dressed in a simple black suit and red tie. He introduced himself as Pastor Julius. He didn't say from which church he was, and I was certain I had never seen him around town before. He asked if we could talk for a few minutes.

I could tell right away that he was different from the other priests I had debated with. He was humble and modest in appearance and behavior, but his eyes were another matter; they blazed with a strange power and authority that was totally at odds with his modest demeanor. And when he spoke, his voice showed the same contradiction: kind and soft yet strangely powerful and compelling. I never found out how old he was, but he seemed to be in his early thirties.

He said he had heard a lot about me and felt that he knew me very well. I replied that I had no idea who he was. He smiled and replied, “I’m a man of no consequence whatsoever. I was just passing through and thought I would drop by to make your acquaintance, as you are such a renowned young man.”

This first exchange and my fleeting first impression of the pastor had taken place on my doorstep. He had come especially to see me, and it would be bad manners not to ask him in. I politely invited him in and offered him refreshments, and he was more than happy to agree.

When we sat down, he began telling me what he had heard about me. He ran through the story of my life; he spoke of my achievements and how far I had come for one so young. He seemed to have been following my achievements closely because everything he said was true. He did not speak in the tones of praise I had been used to. He spoke in a tone of slight pity and sadness, and this further piqued my curiosity. Why was he saying these things as if he felt sorry for me? This first exchange and my fleeting first impression of the pastor had taken place on my doorstep, but I still did not know the purpose of his visit. What was he leading up to? As we chatted for a few minutes, I concluded that this pastor, like the others, had come to debate with me, hoping to convert me to Christianity, as no doubt someone like me would be a big asset to the church, a young promising Islamic scholar who had converted to Christianity—or at least that’s what I thought. I was more than ready to take him on willing and eager to go into my customary rhetoric, secure in my knowledge of the Koran, fortified by my strong faith. After all, the Koran tells us that Christians and Jews have corrupted their scriptures while the Quran, the divine word of Allah, has always been and will always remain preserved and protected. The Christians especially had destroyed the real Injil—the true gospel delivered to Jesus—and replaced it with the current, blasphemous version that claims He was the divine Son of God. I was on the side of truth, and truth must always prevail.

I was not completely mistaken. My guest said that he was hoping to arrange a series of debates between young Muslim scholars and their counterparts from a local seminary to encourage Muslim-Christian dialogue. I was the first candidate on the list, and he had come to invite me to take part in the first debate. Under normal circumstances I would have jumped at the offer—and so I told him—but I was traveling to Saudi Arabia at the end of that week. Time was short, and there were still many preparations and loose ends to tie up before my departure. I thanked him for coming all this way to invite me, but I would have to decline his offer. My guest nodded, set down the glass he had been drinking from, and looked at me for a long moment. The gentle smile was gone, but his tone remained soft and kind.

“Yes, I've heard that you are about to set off on a long journey … it’s a pretty long journey for someone so young.”

For no reason at all, my heart started to beat faster. I stared at his red tie.

“I hope that you are completely convinced that this is the right thing for you … are you?”

This book is about my life growing up as a Muslim boy and young Islamic scholar in West Africa. In search for answers, I arrived at the truth through objective study of the Bible and the Quran. I began to discover the errors in the Quran. Many Muslims have been misled, which will be demonstrated in this book, and some have become extremists as a result. For those who have the potential to become Islamic extremists and terrorists, and for the Christian reader, this book is my attempt as a former Muslim to create a bridge between the Islamic and Christian world. Without judgment or condemnation, this is my way of reaching out to my Muslim brethren, so that we can at least have a conversation about Jesus Christ and Mohammed.

Kenny Abdulsalam, the founder of Jesus Calls World Outreach Ministries, International, was born into a Muslim home in West Africa. At the age of three, he began attending the Koran school where he was given the name AbdulRasheed. He became an Islamic scholar and an Imam, leading a mosque of two thousand worshippers by the age of thirteen. He attended All Nations for Christ Bible Institute where he obtained a degree in Biblical Studies. He attended Christ Message University where he obtained a BA in Theology. He has given lectures at The International School of Leadership and Ministry in South Africa, and The University of Swaziland. He has been preaching the gospel of Christ for over thirty-five years. He is the author of A Call to Follow.