by Mary Lemke & With Melissa Lemke 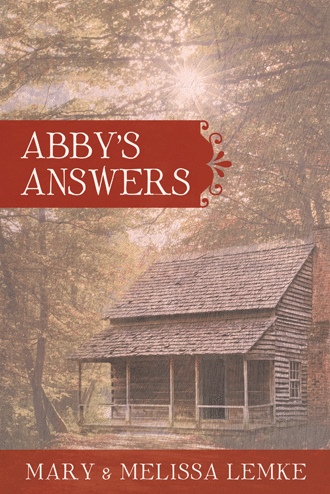 Nightfall was fast approaching, but the determined men paid no heed. Talk was limited as the prospect of finding their beloved minister remained at the forefront of their minds.

Prior to leaving town, several of the newly designated searchers rummaged around the parsonage in an attempt to locate some sort of clue as to the missing man’s whereabouts. Unfortunately, their efforts yielded no beneficial results. In fact, the whole matter was downright mysterious. It was as if Rev. Parker had suddenly vanished, for no logical explanation had yet been proposed. Upon examining the parsonage, a cup of coffee remained partially consumed on the kitchen table with the minister’s open Bible laying next to it along with some notes Caleb had begun to jot down for an upcoming sermon. These findings left the men to conclude that he must have suddenly been taken from his home, either by force or as a result of some sort of emergency. They reluctantly concluded that the former must be the case since they would have heard about a crisis situation, had one arisen.

Since the townsfolk had no indication as to which way Caleb had gone, they reasonably decided that they must divide their large group into subdivisions, each with its designated direction towards which to travel. Thus, the sixteen men who eagerly volunteered to aid in the search efforts were evenly divided into four groups consisting of four individuals in each.

Although Mason and Freddy were anxious to help, their father firmly concluded that the situation was much too uncertain and possibly dangerous for the boys to be involved. As could be expected, they were sorely disappointed at having to remain in Fairfield, but quickly cheered upon receiving the instruction from their father that they were to be the “men” in charge at home while the others were away. Since the boys were old enough to pull their weight around the farm, William Hunter knew his sons were equipped for the task. In fact, he would not admit it, but he believed they were also quite capable to be amongst the men on the search; however, he was uncertain as to the circumstances they all would encounter on their expedition and did not desire to risk anything on their first time involved in such a mission.

Now the sixteen men in their four respective groups had been on the trail for two hours with little progress made. Because the Hunters and Brownings were instrumental in forming the search party, each one of them was designated to head up the smaller segments. Since Caleb had been missing for most of the day, it was obvious it would take some time to cover the amount of ground he had likely traveled, especially when they possessed no clue as to which path to take. They pushed their horses as much as they dared, all the while their eyes roving in an attempt to catch a glimpse of the slightest hint to shed light on this peculiar mystery.

Billy and his horse led the way as the three others in his group followed through a wide, even expanse of open fields. As he rode at a steady clip, the young man removed his hat and clutched it tightly in his hands, which also firmly held the reins to direct his horse. He leaned closer to the gelding’s sleek neck, creating more favorable aerodynamic conditions for the gallop into which he now urged the anxious horse. Billy felt a refreshing breeze wave through his exposed hair while his mount gathered speed. As horse and rider moved swiftly across the smooth plain, the young man whispered in desperation, “Where is he?” Receiving no audible answer, he urgently pleaded, “God, help us.” 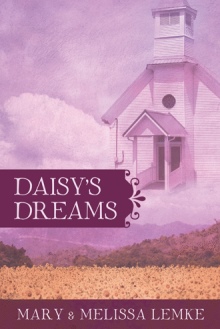 Abby’s Answers continues to follow the everyday challenges and delights of Abby, Daisy, and the many colorful individuals who reside in rural Fairfield, New Hampshire. Mystery, romance, and adventure abound in this sequel to the novel, Daisy’s Dreams. Several new characters join the cast of familiar faces, as secrets are uncovered and love blossoms in the mid-1800s.

When the beloved young minister of the community begins to act strangely, questions arise. Suspicions mount further at the discovery of his untimely disappearance. Amid the scandal, hope emerges. Will it last, or will it simply crumble under the pressure of new challenges? Will the Hunter and Browning families’ seemingly unshakeable faith withstand the onslaught of life-changing trials?

An unsolved mystery is gradually unearthed, leading many to venture outside the comfortable borders of Fairfield to find answers. Can life ever remain the same, or will these answers change everything? Through the joys and heartaches, can the characters discover God’s amazing plan for the town?

Mary and Melissa Lemke are identical twin sisters from New Hampshire who married identical twin brothers from upper Michigan. They are former critical-care nurses who now enjoy their roles as stay-at-home wives and homeschooling mothers. They feel blessed to be able to share encouraging words with others.