Lamb Of God - Saviour Of The World 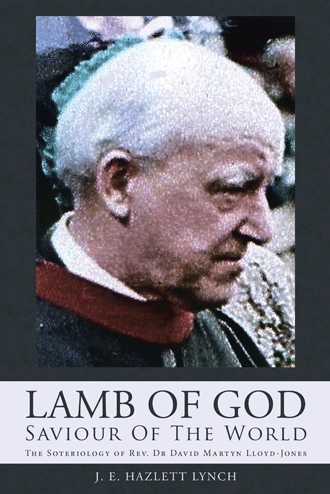 In Dr Lloyd-Jones' soteriology, he is not limited or restricted in his exegesis or exposition of Scripture. This practice suggests that he did not favour John Owen’s ‘eisegesis' where he reads into the text of Scripture ideas that patently are not there. For example, see Owen’s strained interpretation of John 3:16, Dr Lloyd-Jones' favourite verse of Scripture. He makes “the world” mean “the world of the elect,” or “the elect world.”

For Dr Lloyd-Jones, ‘the world’ means ‘every man,’ ‘mankind,’ and ‘many.’ The ‘world’ that God so loved was the world understood in its most natural sense – mankind, the human race. Similarly, ‘every man’ cannot mean ‘every elect man’ because this is to do damage, not only to language, but also to the doctrine of the perspicuity of Scripture. Solicitors will speak of how a particular understanding of words used will lodge ‘in the mind of any reasonable reader.’ When reading Scripture, a ‘reasonable reader’ would have no difficulty in understanding what the text was saying.

Dr. Lloyd-Jones does not hold to any ‘magisterium’ of any type, as Rome and many Reformed men do. While adhering to the best Reformed opinion and theology, he sat loosely to any theological formulation, however good and sound it might otherwise be. Where that formulation sought to displace Scripture as the final authority in all matters of faith and practice, he displaced it. He drew his theology from the clear teaching of Scripture, which to him was the only inspired and authoritative Word of God.

When considering the theologies of other men and formulations, his practice was to keep them in their subordinate position, giving to Scripture alone the position of the supreme authority in all matters of faith and practice.

The cross, and our attitude to it, is the ‘acid test’ of our profession. For him, the cross is central and indispensable in God’s plan of salvation. Therefore, the cross ought also to be central in our lives, in our faith, and also in all genuine Christian preaching. It is by believing that we are saved by trusting what Christ did on the cross for us, the particular soteriological theory being irrelevant.

Interestingly, it is neither election nor predestination that is central in gospel preaching, as some ultra-Reformed thinkers would imply. Dr. Lloyd-Jones believes otherwise, as does Calvin. The ‘acid test’ of our position is whether or not the cross is something we glory in or by which we are offended. It is what distinguishes between the Christian and the non-Christian. To the non-Christian, or the natural man, the man without the Spirit of God, the cross is an offensive thing. This analysis, he claims, is as true today as it was when Paul wrote these words in the first century AD. It is only the true Christian who can ‘glory’ in the cross.

What Christ did on the cross was deeply personal. Therefore, it was not just an impersonal matter of paying someone’s debt caused by his sin, though this was involved. Business-like transactions can degenerate into grossly impersonal activities. Further, it draws too rigorous a parallel between ‘debt’ and ‘sins’ and this theory does not acknowledge that ‘the map is not the territory.’

However, if we adopt a forensic position, which is the approach adopted by the apostle Paul in Romans in his courthouse scenarios, we discover that there is a level of discretion in the great Judge. He can decide to remit the debt or not, depending on what He finds in the debtor. It is profoundly personal in character, and the sinner knows that this is the case. The moment he puts his trust in the Saviour, his sin and guilt are cancelled, and God forgives him. However, if he refuses to trust the Saviour, his guilt remains on him. Christ has atoned for his sin and guilt but because he has not applied the remedy to his own case, he cannot receive any benefit from Christ’s death on Calvary.

The double payment objection to universal atonement and therefore to the soteriology of Dr Lloyd-Jones is sometimes offered by those who believe in particular redemption. If that understanding is the correct one, then the inevitable consequence is that sin is being punished twice – once by the Saviour on the cross and again by the unforgiven sinner in hell. Dr Lloyd-Jones answered the double payment objection robustly in his Ephesians series. He preached, ‘God and His holy law are fully satisfied and pleased, and man is reconciled to God and can be forgiven.’ By His atonement, the necessary reconciliation between God and man has been accomplished. Man, in the sense of mankind, is now reconciled to God. His view is that reconciliation has been achieved yet man, the sinner, remains in an unforgiven state and condition. Forgiveness for him is now possible – man ‘can be forgiven.’

When Dr. Lloyd-Jones examined Calvin’s commentaries, he expressed surprise at finding ‘how frequently universalistic Calvin’s statements were.’ During a two-week period, being excited by his discoveries, Dr Lloyd-Jones phoned Dr Kendall repeatedly and exclaimed, ‘I’ve found another one!’ During one such discussion with Kendall, referring to the doctrine of limited atonement, he confessed, ‘I never preached it, you know … only once on Romans 5:15 and I was in great difficulty when I did so.’ Mrs Bethan Lloyd-Jones was present when he said this to Kendall. She interjected, ‘I have never believed it and I never will.’

This book provides the first ever evaluation of the teaching of Dr D. Martyn Lloyd-Jones on the atonement and shows that he held to the same understanding of the cross as that taught by John Calvin, Moïse Amyraut, John Davenant, Richard Baxter, Matthew Henry, Philip Doddridge, and J. C. Ryle. On this 400th anniversary of the birth of Richard Baxter in 1615 (the 200th anniversary of the birth of J. C. Ryle is in 2016), it is fitting that the twentieth-century Baxter made his appearance in the person of Dr D. Martyn Lloyd-Jones. His published evangelistic sermons, like Baxter’s writings, do not suggest that he believed in limited atonement as held by high Calvinists, but that his view was closely aligned with that of Calvin and Amyraut rather than with Beza and Owen. 350 direct quotations from Lloyd-Jones’ own works substantiate this claim. Careful exegesis of his most frequently quoted Scripture texts also demonstrates that his soteriology is based on solid biblical teaching, and not on teaching dominated by medieval scholastic philosophy. His approach was determined by Deuteronomy 29:29. This new book from Dr Lynch will enlighten, instruct, encourage, challenge, and thrill all who read it.

Rev. Dr J. E. Hazlett Lynch was ordained to the Christian ministry in 1979 and served in a pastoral capacity until 1993. He preaches on Sundays, speaks at conferences, and has conducted evangelistic missions. He is passionate about the authentic gospel. Dr Lynch and his wife Margaret have two grown-up sons, David and Stephen. Stephen is married to Julie.