S.H.I.P.S. (Successful and Healthy Interactions through Prayer and Supplication)

My Story: The Type of Woman You Are Will Determine How Successful Your Friendships and Relationships Are with Others 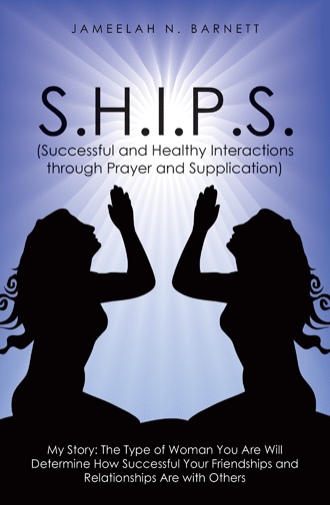 Many women spend most of their lives competing with other women to see who has the best car, which has the best home, which looks better in that dress and so many other meaningless competitions. So much of their time is spent competing with their friends or other women that they miss out on the opportunity to build great S.H.I.P.S. with these women. I have been around so many different women throughout my life and I have often thought to myself why I am even talking to her? Or she really talks way too much but doesn’t listen. I had these thoughts because once I started to see negative signs I really had begun to remove myself from certain women. Once you have had so many bad experiences with women, you fail to create S.H.I.P.S due to the fact that some women are just plain evil. I know almost everyone has heard about the “Mean Girl”. Well in my opinion, a mean girl is someone who is unhappy with herself and really just loves to try and make other women or other people around her miserable. Since the mean girl has issues and insecurities, she figures why not make others miserable and I will enjoy every bit of it because now someone else feels my pain, which is not the best way of thinking. We have all heard the saying “misery loves company”. I have definitely found this to be true. Hurt people, Hurt people. It’s a fact.

This book is based on the friendships and relationships I have had with women in the past. The scripture for this book theme is Philippians 4:6, Be anxious for nothing, but in everything by prayer and supplication, with thanksgiving, let your requests be made known to God (NKJV). I decided to write this book because I have had some very interesting experiences with women. The crazy thing about it all is the fact that I didn’t even understand why these women would turn on me or get upset with me. I was just being who I was. Growing up, I didn’t really have many female friends. I grew up with six sisters and a host of female family members so I didn’t really feel the need to hang around other women or even form S.H.I.P.S. with these women. During the past few years of my life, I have definitely come across some jealous and envious, insecure, needy and other types of women, which I will discuss. All of the women I have come across were not negative, I just happened to have more negative type experiences than positive ones. I prayed about some of the situations I have faced with these women but I also know on my end, I could have done better in my prayer life. Even after writing this book, I probably still won’t understand the reasons why these women crossed my path, only God knows. But after everything is said and done, I want S.H.I.P.S. in my life and hopefully you will also.

S.H.I.P.S. (Successful and Healthy Interactions through Prayer and Supplication)

This book includes short stories and ends with Bible scriptures you can reference when dealing with certain types of women—or even reference for yourself— in the word of God.

The purpose of this book is for women to become the Christian women that God called them to be. Join me in my S.H.I.P.S. movement.

Jameelah Barnett is a native of Kansas City, Missouri, and now resides in Dallas, Texas. She has a Master’s degree in journalism with an emphasis in public relations. This is her first book, and she knows that God has truly placed it on her heart to share her experiences with other women. She has a passion for encouraging and motivating others to be the best that God wants them to be. She also has a passion for writing poetry. Jameelah is a certified professional coach and continues to coach and mentor others in order for them to become successful and change their lives for the better. She started her own business called JNB Works, which is a coaching and consulting firm that empowers, encourages, and motivates young adult and adult women to be the best women that God has called them to be. She is the wife of Ronald and has a host of family members, including many nieces and nephews. She continues to serve God in many capacities and will continue to follow her Lord and Savior, Jesus Christ.