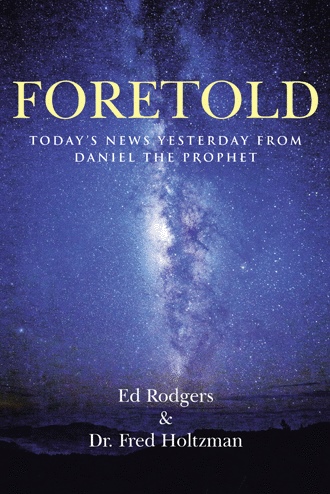 I had no intention of writing a book. From the day we arrived in Babylon, astonishing, profound, and life-changing things just started to happen, and I decided to write about them in a scroll. It grew to include accounts of dreams and visions, conversations I had with God and angels, prophetic wisdom that flowed from God through me, and a lot of things that would remain mysteries, enigmas, and puzzles until now, the transitional period that will see the coming of the King of Israel—the Son of David—and His Kingdom. As I was recording them, I had no idea that the words were to become part of God’s sacred Scriptures. I simply knew that what I was experiencing and learning was important for my people and needed to be preserved. By the time I reached the end, however, I knew God had used me to record something really special—a panoramic view of the history of my people from my days in Babylon, through the rise and fall of kings and kingdoms, to the coming of our anointed King and our promised Kingdom and beyond. Of course this history was yet future. He who knows the end from the beginning, the one who sees all things as history, had provided a prophetic outline of things to come. Most of the biblical prophecy found in the rest of the Holy Scriptures fits into the time line He provided to all humanity through my writings.

As the story begins, the teachings from my parents could no longer remain merely wise and enlightened principles or concepts. The new life that had been thrust upon me forced me to make them real. My beliefs and my faith were challenged on a daily basis. The principles I had been taught night after night before going to bed would have to sustain me. I was about to learn the difference between knowledge and wisdom as well as the difference between knowing about God and knowing Him personally. I was about to discover if I really knew what it was to trust in God.

From the moment I received my first prophetic vision, I knew God was up to something big. I realized that my relocation to Babylon wasn’t the result of being in the wrong place at the wrong time. I soon realized that God had safely brought me and my three friends to Babylon for a very specific purpose. Identifying that purpose took a while. Actually, it took my entire life. There were so many twists and turns that only toward the end of our lives was there any predictability. For the most part, every day was a new walk of faith. As often as we could, we reminded each other of the vow we had made to remain faithful to our God. None of us wanted to be the first to break it.

When I look back on what God brought us through, I’m humbled and honored to have played a role in the remarkable story of our sovereign God. Over and over again, He showed His complete control over everything—fire, lions, armies, you name it. Nothing can change what He has determined—no force, no amount of evil, no cunning plan, not even Satan. Yet there is so much more. Since He is a loving and compassionate God, we have hope. Do you get it? Hope. Real hope—the confident expectation that what is written in heaven will certainly come to pass. It is this living hope that undergirds every prophecy that flowed from my lips. My desire is that you will come to understand that the Ancient of Days, the Lord God Almighty, wants the best for you. He warns you, disciplines you, and redirects you for your own good. This truth lies behind the message of every one of God’s prophets.

No one was more surprised than I was when God used me in some astounding ways to make His plans for the world known. The first time it happened, it frightened me. Words and thoughts were coursing through me, clearly not emanating from my mind. They were flowing like a raging river from some deep cavern within me, unfaltering and unstoppable. I knew the Spirit of the living God had taken control of my entire being. It wasn’t me speaking. It was God Himself! Usually I understood what I was saying, but not always. Some prophecies were baffling and beyond my comprehension. They were sealed, intended by God to remain a mystery until the day of understanding arrived. My friend, you are living in that day!

My hope is that as you learn to accurately interpret the previously sealed prophecies God entrusted to me, you will be transformed as I was into a trusting servant of the most high God—a diligent student who has learned the ways of the Lord and is committed to walking in them, understanding the times in which you live, and embracing the challenges that God has prepared for you.

So many things happen every day that we just can’t understand. Many people are turning to the Bible for answers to explain the strange and inexplicable events of our day.

Foretold: Today’s News Yesterday from Daniel the Prophet provides the prophetic framework into which these events can be inserted and interpreted. Authors Ed Rodgers and Dr. Fred Holtzman propose these events simply reflect a much larger drama unfolding in the unseen world. Foretold’s unique perspective allows you to experience Daniel’s revelations as he puts the pieces together to make sense of the enigmatic prophecies with which he has been entrusted.

Join Daniel as he tells his story from his vantage point in heaven. Share the thrill of seeing the rich treasures and promises of his ancient and mysterious prophecies unlocked and unsealed in your day. Learn why God chose to use him in such amazing ways, and how you can follow in the footsteps of one of the Bible’s most extraordinary heroes. In Foretold, you’ll find hope firmly resides in the knowledge that every current and future event is already recorded in a very special book in heaven.

Ed Rodgers, the author of eleven books, is a teacher with Ambassadors for Christ, International, and an area representative for Christian Friends of Israel, Jerusalem.

Dr. Fred Holtzman, a Jewish believer in Jesus, holds a ThM, MS, and doctorate. He is an adjunct professor at CES and a biblical curator with Docent.