The Decline of the USA, the End Times, and Biblical Prophecy 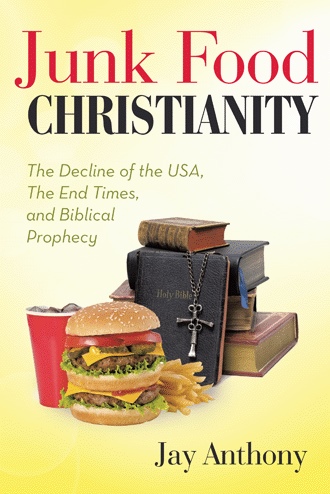 All around us, we see the world we live in experiencing trauma after trauma. Myriad uncertainties, pains, and fears are rampant in the United States and Western nations as tens and perhaps hundreds of thousands experience, directly or indirectly, the pains and sufferings of climate extremes, pandemics, and natural and man-made disasters and atrocities. Exacerbating these, the dynamic power shifts within and among nations are happening at a historic pace! These are a few examples.

• Record percentages of Americans (over 46.5 million people for each of 2012, 2013, 2014) depend on government food assistance (US Department of Agriculture Data, as of March 6, 2015) as welfare and Medicaid continue to expand while full-time work becomes scarcer. Since 1969 the number of dependent people has gone up over 16-fold and the total annual costs of the program have increased to 296 times the original annual cost!

•Our government debt has essentially tripled in six years, threatening to crush taxpayers, our economy, the dollar in the international marketplace, and the hopes for a better future for our children and generations to come—those who will bear this burden.

• Our sovereign borders are left porous while savage outside forces (e.g., ISIS, aka ISIL) are vowing to attack us within them.

• The Arab Spring has turned into a diplomatic and political nightmare.

• Our military is being slashed to pre-World War II levels, with many of our best officers leaving the service, while Russia continues to threaten the takeover of neighboring lands, China is vastly expanding its military and aircraft carrier capabilities, India and Pakistan are in a potentially explosive border standoff, and the Middle East cauldron continues to simmer near the boiling point.

We ask why as we seek a way out of the pain and uncertainty, and we wonder, Is there any hope?

This essay presents a perspective and a prescription that might help us get out of this morass. In these pages are identified plausible root causes of the ever-mounting frequency of pain, uncertainty, and, for some, fear. Yet there is reason for hope! In what follows is presented a simple, although not necessarily easy, way out for each of us, should we so choose to take it.

The past fifty years have seen a steady decline of biblical mores in the United States and much of Western culture. As if in response, the frequency and magnitude of disasters and suffering, both natural and manmade, seems to be exploding everywhere. What might this mean for you and me, America, and humankind?

Author Jay Anthony has witnessed much of the decline firsthand. In Junk Food Christianity: The Decline of the USA, the End Times, and Biblical Prophecy, he surveys numerous and often subtle ways Americans, even within many Christian churches, have strayed ever further from following God’s Word as their moral standard. As the god of feelings is increasingly celebrated and worshipped at many a pulpit and altar, Junk Food Christianity draws our attention to how God historically dealt with humankind—in particular with the chosen people, when they, too, strayed from God’s Word. Discover how numerous gods have infiltrated our lives. Learn how God reacted when previous generations evicted him from their lives. What can we learn from the signs of our times? Our loving God forewarns us of an impending fate for those who choose to ignore the harbingers accompanying the decline of mores.

Are we headed for the end times – of our nation, of the World? Is there any hope? Junk Food Christianity: The Decline of the US, the End Times, and Biblical Prophecy holds the key to a way out of our predicament and to saving ourselves, our nation, and perhaps life on this planet!

A common man in the pew with uncommon insights, Jay Anthony, struck by declining American church mores, notes how God may be lovingly using calamities to call us back in line with His Word. Jay identifies cultural influences derailing us and ways to save America, ourselves, and our eternal souls. In the end, Jay challenges us: “It is our time to choose!”