The Deferment of Hope

A Story of Exile, Faith, and Redemption 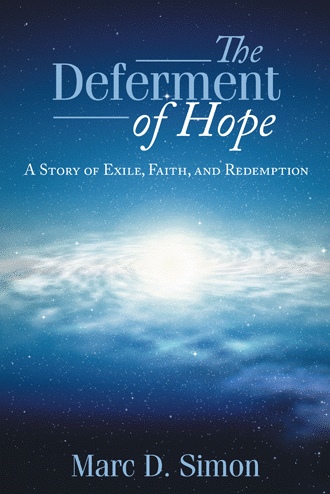 God on the Tier [from Chapter Two]

One night not long after my arrival at Centinella, I was laying on the lower bunk in my cell, as I did on most nights, staring off into the darkness. In this way I found an escape from the reality which confronted me during the day, when the lights shone, and the prison itself could be seen for what it really was, and my own life for what it had then really become. Toward this end I had made the decision that I would sleep as much as possible during the day, when the other inmates in the prison freely moved about, and then awake to do my studying and thinking at night; to live, as it were, while they slept, and to separate myself thereby...

I was in fact, so attentive to the darkness on most nights that one would have almost thought that I was expecting for it to speak, to offer to me some explanation for my life, for my decisions, and for the subsequent pain which resulted from them. I would sit in silence, listening to the darkness, waiting for answers which it could not, or would not, give. Until finally, one night while I was seated on my rack, listening to the silence…the darkness spoke. Not audibly though. In fact, I might have missed its subtle voice altogether had I not been so attentive to the shadows through which it spoke. But there it was, contrasted against the shadows, speaking as it were: the dim trace of a single light from the tier outside of my cell, which had entered in through the small window built into the door.

It was the same hall light, I’m sure, which had shone through that window every night since my arrival, but for some reason I had never been moved to take notice of it until now. For on this particular night, it was as if God Himself had chosen this simple light as a medium through which to speak. For it indeed spoke, in the same way that the still small voice written of in scripture speaks, quiet and almost unnoticeable, reminding me that there was still light to be found, and to be had. Not just here in this small cell, but in the world which I had left behind… there was hope. For that’s what glimmered on the surface of the stainless steel lavatory set in the front of my cell that night, hope itself, manifested as light, intimating to me that even in the darkness there existed possibility.

It spoke, just as surely as any voice had ever spoken to me before, communicating to me the mysteries of renewal, of new beginnings. It spoke of things which even now I fail to articulate. Things such as life, and Immanuel, which is one of the prophetic names used of Jesus by the prophet Isaiah, meaning God with us. For on that night, in that very moment, I earnestly felt that the Lord Himself was in every way possible with me.

Years later I would tell others of how God had spoken to me through a simple hall light on the tier in prison. How He had revealed Himself to me, right there in that cell, as a subtle light, piercing the darkness of circumstance; as truth itself, penetrating the walls of my cell, which had then become, as it were, a type of womb; creating life within darkness, or rather, becoming life. I had only to embrace His truth in that moment, to live in conscious awareness of His presence. To step out of the raft of religion, as it were, and into the more wondrous sea of faith where there was only God, Who was Himself light.

Though up until that point I had wholly concerned myself with the struggle of better understanding the chaotic reasoning which had then shaped my life, the light did not speak to me of such things. Nor did it offer to me a why by which to bring order to my present life, or by which to transcend the limitations imposed upon me by my incarceration. Rather it offered to me the simple beauty of that which was itself manifest in darkness, i.e. light, which was in turn an intimation of possibility and hope. I now saw clearly, as clearly as one might see such a thing, the how which I had so desperately sought. If I would but accept that which He now extended to me in the darkness, then God Himself would become that which I so desperately needed in the light.

“I approached The Deferment of Hope with high expectations and did not come away disappointed. Minister Marc Simon writes from a deep and compassionate space within himself. His intimate journals strategically placed throughout the book tell the story of a life lived on the run, and in confinement, both in and out of the penitentiary. Once you begin reading you will immediately recognize that Marc was not “serving time,” but time was serving Marc.”

Zoe Ministries of the Antelope Valley

“There is nothing in our own time which the enemy fears more than a  thinking church. For a fired up and emotionalized church, which nonetheless  refuses to think, is no real threat to the stronghold of ignorance which persists in our communities, despite much fervency in our worship.”

The Deferment of Hope

Join the author in a penetrating look into the mind and thoughts of a prisoner in  exile. Experience the deferment of hope, and the lessons learned along the way. Simon,  through his provocative narrative and teaching, challenges us to rethink our ideas about hope, all the while weaving the reader through the inspiring story of his own 12 year incarceration in prison, loss, and his journey of faith and redemption. The Deferment of Hope resists traditional religious boxes and modes of speech, and ushers the reader into the author’s own interior world of experience.

MARC SIMON currently resides in Lancaster, CA, where he serves in ministry, and works extensively in the therapeutic community as a counselor and group facilitator, helping men and women suffering from various maladies, such as addiction, abuse, and domestic violence. Marc resides with his wife Angela, and their two children.