by M A Field 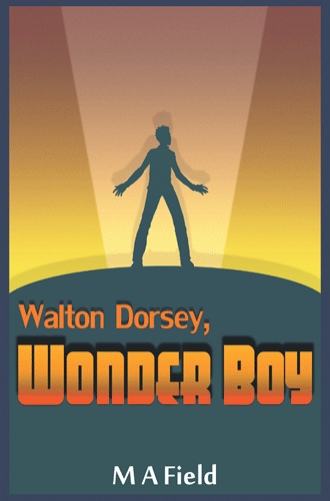 At 10 o’clock Walton withdrew to his counselling room, and was almost overwhelmed with the fabulously pleasurable shock of finding that amazingly attractive girl waiting to speak to him.

“I’m sorry, I only counsel males; the female counselling room is along there,” said Walton, rapidly regaining his composure and pointing along the corridor. “But I’d be delighted to talk to you sometime. How about Saturday? Would you like to join me for a lunchtime pizza at the Pizza Place?” “That sounds very nice. Yes, I’d like that. What time?”

“Shall we say 12.15? It can get quite crowded on a Saturday, but if we’re early enough it should be OK.”

“Yes, alright. See you on Saturday.”

Walton watched her make her way to the other counselling room, and waved as she found the appropriate door. He felt somewhat dazed. Wow!

He could think of little else as he walked home from the church, only Merle. As usual there was not much traffic on the roads at this time, and hardly any pedestrians. After crossing the main road into the road leading to Primrose Park, he didn’t pay any attention to a minibus which turned into this road and came to a stop almost opposite where he was walking.

Cyril Cambit and his five cronies had been following Walton at a good distance behind, from his leaving the church. “OK, out now!” he shouted, and they all jumped out onto the pavement. But there they stopped, unable to believe their eyes. Two tall, muscular men had suddenly appeared, as if out of nowhere ― one each side of Walton, and were walking with him. They were at least 20cm taller than the boy.

“Where’d those two guys come from? They wasn’t there a minute ago!” growled Cyril, trying to whisper.

“I didnae see ’em,” said one of the group named Jock.

“The other one’s got somethin’ as well, maybe a different sort o’ sword,” said Dino.

“I wouldn’t wanna get too close to ’em,” said Alf.

Walton chatted politely to the two friendly men who had come alongside him as they turned the corner into Primrose Park. When they reached the smaller road leading to Walton’s house, the two men stopped. One of them said, “It’s been nice to talk to you. Maybe we’ll see you again sometime. Bye.” They remained standing there until Walton reached his front door. As he inserted his key in the lock, he turned to wave; but they had gone.

Walton Dorsey, Wonder Boy is the exciting story of an unusual teenager who has a special gift. The news media are so impressed that they refer to him as “Wonder Boy.” But when he expresses his ideas in a TV interview, there are antagonistic reactions—including a serious death threat. Walton then goes into hiding, but when it seems that a terrible catastrophe is about to happen, he risks his life in an attempt to save his beloved grandmother.

“I think everyone who reads Walton Dorsey, Wonder Boy will enjoy reading it, and many will be challenged by it.” − Trevor Dearing, co-author of ‘The God of Miracles’ and author of ‘Total Healing’ etc.

M A Field lives in the West Midlands, England, and has an Honours Degree in German with Subsid. French, and spent a number of years teaching those languages before getting involved with editing and publishing other authors’ books.