A Response to the One New Man Doctrine 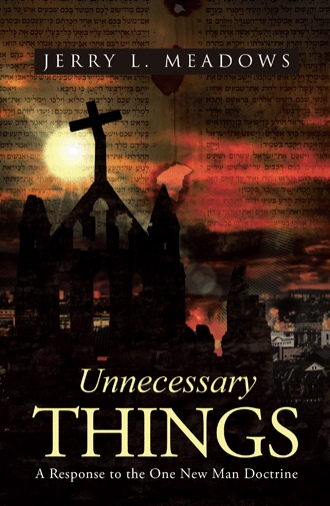 There is a physical and spiritual law in the Bible which states: "everything produces after its own kind." Could this law rule in the world of doctrine? If true, what would be the fruit of truth? More truth?

Isaiah 29: 9-10 Whom shall he teach knowledge? and whom shall he make to understand doctrine? them that are weaned from the milk, and drawn from the breasts. 10 For precept must be upon precept, precept upon precept; line upon line, line upon line; here a little, and there a little: [KJV] Here we read how knowledge comes from one precept after another. The word: "precept" means; a command, or directive as a rule for moral conduct. Only truth could produce proper conduct. And Isaiah says God teaches those who are growing in the Lord, precept upon precept. Which would mean truth builds upon truth. Is there any other thing false doctrine can produce besides another false doctrine?

2 Timothy 2: 16 But keep away from godless babbling, for those who engage in it will only become more ungodly, [CJB]

Paul instructed Timothy to avoid profane and vain babbling because they would only increase into MORE ungodliness! Here is the insanity in the world of false doctrines. Once the latest false doctrine has lost its momentum, out if necessity, the birth of a new false doctrine is needed to continue leading the people on. With their subtle deception, these purveyors of falsehoods infect their followers with the notion they are still on the fast track to the mystery knowledge leading the people to nowhere. Like an I. V. drip, these corrupt ideas are slowly administered to unsuspecting patients. Unknown to them is eventually all false doctrine degenerates into a "works based" salvation. The desire of being in charge of our own destiny has been a temptation as old as the Garden of Eden. To acquire the information to, "be like God," is the cocktail served to win followers away from the grace of God into the rituals and observances of a blind religion. The weakness in man is exposed when man is offered an opportunity "to become" rather than, "to be!" Following religious ritual, being properly covered in prayer, and restoring our right standing before God has all the trappings of human effort, (works) rather than the grace provided in the finished work of Christ. Look at the religions of the world, and you will see how man's weakness is seen in the extreme measures religion requires of its followers! This is the ultimate goal of every lying spirit. The only message to bring man out of demonic influence and control, is the message of unmerited grace. Salvation removes the condemnation of sin, but it does not prevent us from the influences of false doctrine. It is the remedy for our sinful past and our hope for a godly future of which Jesus Christ died for on a cross. As false doctrine spreads like a virus, it appears it has made its way into the ordinance of Communion. Here is where the poison of a false doctrine paralyzes those who blindly drink from a corrupt cup. From a celebration of remembrance, we now are led to believe every benefit in the New Covenant can be received at the Communion Table! This is as foolish as the High Priest entering the Tabernacle only to exchange the ministry at the Ark of the Covenant for the ministry at Table of Shewbread. The healing of the body is not a work of the New Covenant Communion. The healing of the body is from the stripes on Jesus' back. 1 Peter 2: 24 To suggest Communion is anything more than an ordinance of remembrance, is adding to scripture. If you believe your entire being can be healed by receiving Communion, where would be the necessity to repent? In the healing of the entire man, it would require the forgiveness of sins, which healed our dead spirit. Eventually the question must be asked: Am I saved by the blood, or am I saved by the cup? The Communion cup is nothing more than a symbol of the blood. It is NOT he actual blood of Christ, unless this teaching embraces transubstantiation. Surely no minister is foolish enough to admit salvation can be accomplished by receiving Communion. But, when his doctrine clearly states the healing of the entire man can be received through Communion, they have in effect compromised Christ's sacrifice on the cross. For this reason alone, this teaching should be rejected! Paul said at one time we were all dead in trespasses and sins. Ephesians 2: 1 What was it God quicken in man enabling him to be seated together in heavenly places in Christ Jesus? Our sinful nature in our soul made the environment in our body too toxic for the Holy Spirit to dwell in. For within our soul, sin was conceived. The soul simply used the body to fulfill its lustful desires.

Romans 7: 5-6 For when we were in the flesh, the motions of sins, which were by the law, did work in our members to bring forth fruit unto death. 6 But now we are delivered from the law, that being dead wherein we were held; that we should serve in newness of spirit, and not in the oldness of the letter. [KJV]

Unnecessary Things addresses the doctrine in the “One New Man” theology, a teaching invading churches, suggesting a Torah led-life is what Jesus died for. However, should the church be focused on uniting with Israel as one new man, or is the church called to fulfill the Great Commission? Will the church enter into a more blessed state by embracing its Jewish roots, or is this a subtle way of rejecting the finished work of Christ on the cross? Is there a problem with the Septuagint translation of the Old Testament, or is Masoretic text a better version? Has this Movement ignored the history in the making of an English speaking Bible? Did the Reformation do no more than produce a flawed unreliable book? Come on this historical journey, as these questions and more are answered within the pages of this book!

Born in 1953, Jerry was saved October 15, 1977 in Vandervoort, Arkansas. With an international ministry since 2005, the Meadows, thirty-three years of ministry has taken Jerry to Brazil, India, and South Africa. He and his wife Patsy have been married for forty years. They have three sons: Brian, Travis, and Joshua; and six grandchildren.