My Story, My Song: Daughter of a Murder Victim

Grief, Grace, and Growth after Loss 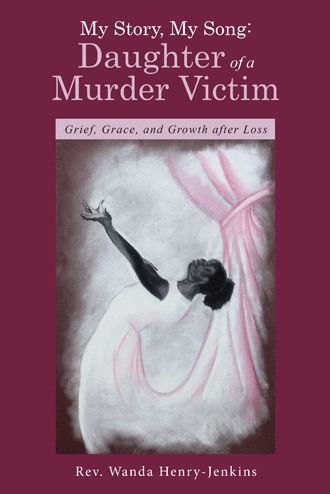 I ran into my bathroom and slammed the door. Once inside and alone, I fell to my knees prayed and begged God to let what Tillie said be a lie, a mistake, anything but true. But I knew this was no prank. After fifteen minutes or so, I stopped crying and pleading to God, washed my face, composed myself and came out of the bathroom.

I wanted to know how Momma had died. I needed to understand and make sense out of it. I began to question Tillie. Did Momma have a heart attack? I knew she had aortic stenosis (a small or narrow heart artery).

It made sense that her blood pressure could have risen and caused a stroke. After all, her grandmother had died of a stroke.

I anxiously interrupted her… “Then what did she die from?” I asked loudly. Nothing, absolutely nothing or no one in the world could have prepared me for Tillie’s next words. “Wanda, Momma was shot.”

I was wiped out by this news. It was incomprehensible.

“You mean Momma was murdered?” I asked.

This did not make any sense. I was confused and bordering on rage. I returned to the bathroom and knelt in front of the toilet and spoke to God saying “God, this is bigger than me. Please, take it.” Then I arose from this makeshift altar and prepared to go to my mother’s house and assess the situation. Maybe, at her house there would be some answers.

My mother was dead. Someone had destroyed her life and taken her away from us. It did not make sense. My reaction to my mother’s murder was confusion, numbness, smoldering rage, and a need for justice and retribution. I just could not understand how this could happen to my mother, me or my family. The intensity and instability of my emotions were unfamiliar to me. I was 23 and had experienced other losses, death included. Yet, the impact of homicidal loss was different from anything I had ever gone through. It violated everything I believed about human goodness, as well as what I thought about life and death. Murder, or so I thought, happened to bad people, it was a stigma, not related to an honorable death. My mother was a good person and deserved to die with dignity and honor. I think it is important to tell you how I felt about and faced life and living prior to Momma’s murder. In two words I’d say, protected and safe. As I grew up, my parents provided me with the support I needed to feel secure. No matter what happened, Daddy and Momma were always there for me during a life threatening bout of pneumonia, a serious car accident, an unfair teacher in junior high school, a fight, a broken heart from a canceled wedding, a major surgery and death of a loved one. But facing this type of loss was more than I was prepared to handle. I felt totally ripped apart. So, every hour, I returned to my makeshift altar (the toilet stool, put down the seat, laid my head on it, cried out to God and prayed for clarity and strength).

I fully expected that one day I would bury my parents. Included in our upbringing my parents had prepared my siblings and me for their death. Yet, I had never envisioned or ever thought that either one of them would be a murder victim. My mother prepared us for many things, but how does a mother prepare her children for homicide? Why would she get them ready for her violent death? She does not, because it is the unthinkable death. After all, we did not associate with those kind of people or do the type of things which can get a person killed. We minded our own business and were a Christian family. I did not realize that truly horrible things could happen to good, decent people.

My Life Was Irrevocably Changed

When I arrived at Momma’s house, the first thing I noticed was the blood on the walls and floor. Then I saw the bag with be bloody clothes in it. I never knew why the police had not taken her clothing as evidence. It seemed insensitive and cruel for the hospital to give them to my sister. Maybe they sensed that this crime could never be solved. I do not really know. One thing I do know is the sight of her blood on the walls and floor brought immense fear within me. I will never forget what I saw or felt that night. My life was irrevocably changed.

There is never a day that Momma’s murder is not with me. In the beginning, her homicide lived within me. My grief was suppressed, and my fears grew. I became less active during the evening hours. I was home by dark unless with an escort or was with a group of friends. I worked the third shift and took a cab to work. In some way, I imagined that by working all night I was protecting my own life. The more protective I became, the less I left home except out of necessity and the more weight I gained. Within six years after Momma’s death, I gained 100 extra pounds. It was as if the layers of fat would scare off a thief or dull the impact of a bullet. Intellectually, I knew better, but emotionally I needed an outward physical sign of protection or strength to minimize a violent attack. Essentially, what occurred was the weight became a barrier which blocked me from feeling the intensity of my pain and prevented me from mourning.

Faced with Momma’s horrible death, I was forced to deal with the severe problems of homicidal loss and grief. None of my family was prepared for loss by homicide. The saddest aspect of her death is that we all felt something and none of us sat down and discussed this tragedy that changed our lives. We didn’t know what to say to each other. Other relatives and friends were grieved and vulnerable. None of us seemed able to comfort and support each other. Publically, we treated her death as if it occurred through natural circumstances.

My mother had always talked to us about our feelings and thoughts when a family member or friend died. We were free to mourn the loss, grieve together and share our sorrow. But this time was entirely different. Murder had not only taken away our mother, it had also destroyed our ability to mourn and share our grief. The grief was overwhelming, the stress was immeasurable, and she was not around to bridge the gap or reduce the horror homicide had created. When she died, we lost her maternal wisdom. We were floundering children of a murdered mother and unable to help self or each other. I believe we were lost in our loss! For certain, I was lost, alone, and afraid!

On February 11, 1972, Wanda arrived home at 11:30 p.m. She was the charge nurse at a local nursing home. What she did not know was by 3:00 a.m. February 12, her life would be irrevocably changed by the unexpected violent death of her mother. Walk with Wanda through the cycles of homicidal loss. See how she was spiritually transformed. Allow her to help you regain hope and healing as she gently accompanies you in the aftermath of a loved one’s murder.

My Story, My Song: Daughter of a Murder Victim is Wanda’s story of her transition from devastation to spiritual transformation after the loss. Her story is an intimate and inspirational portrayal of how one can be transformed through grief and mourning while experiencing divine and human grace.

Reverend Wanda Henry-Jenkins has worked in healthcare for more than forty-five years as a nurse, chaplain, and bereavement/volunteer manager. For her groundbreaking work with families of sudden death and homicide, she was awarded the Miss Clairol Take Charge Award, the National Association of Social Worker’s Public Citizen Award, the National Council of Negro Women’s Tribute to Black Women Community Leaders, and the University of Pennsylvania’s Black Health Conference Nursing Award.

Reverend Wanda is the author of Just Us: Overcoming and Understanding Homicidal Loss and Grief, and Hard Work: A Guided Journal for Survivors of Murder Victims. She writes workbooks for individuals coping with death and loss. Wanda is featured in several videos: At Death’s Door, Beyond Death’s Door, and Children Grieve Too. She was a panelist on the Hospice Foundation of America Teleconference on Diversity and End of Life.

Reverend Wanda has been married to her sweetheart, Reverend Samuel L. Jenkins, Jr., for thirty-five years. They have two adult children and four grandchildren.