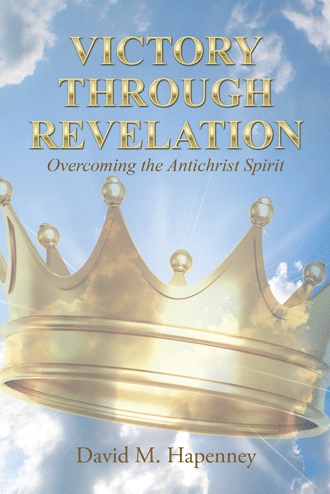 God has chosen to reveal Jesus Christ to you and to manifest you as His bond-servant. Be prepared, for it is to happen quickly!

A revelation of Jesus Christ, that God gave to him, to shew to his servants what things it behoveth to come to pass quickly; and he did signify [it], having sent through his messenger to his servant John,

2 who did testify the word of God, and the testimony of Jesus Christ, as many things also as he did see.

3 Happy is he who is reading, and those hearing, the words of the prophecy, and keeping the things written in it -- for the time is nigh!

4 John to the seven assemblies that [are] in Asia: Grace to you, and peace, from Him who is, and who was, and who is coming, and from the Seven Spirits that are before His throne,

5 and from Jesus Christ, the faithful witness, the first-born out of the dead, and the ruler of the kings of the earth; to him who did love us, and did bathe us from our sins in his blood,

The very first word of the book of Revelation is actually the word “revelation”, which, along with revealing, means uncovering and unveiling. The words that follow, “Jesus Christ”, Savior and Anointed One, show that the book of Revelation is, first and foremost, the means God has chosen to unveil to us the Messiah and what He has to show us through His word and testimony.

What is the purpose of God for unveiling Jesus? The Scripture indicates that God gave the revelation of Jesus Christ in order to “to shew to his servants what things it behoveth to come to pass quickly;” Looking at alternate meanings, particularly “make known” as an alternative to “shew to”, and “who” instead of “what things”, Scripture may suggest that along with showing his servants what must come about quickly, God also provided the revelation of Christ to make known His servants, who must of necessity come into being very quickly.

The suggestion is that God gave the Revelation of Christ not only to provide details about future events, but also to bring into being His servants along with the recognition of those events. Both the immediate and broader contexts appear to corroborate this view. Later in chapter 1, Christ will expose John’s great need and reveal the complete provision of Christ Himself to meet John’s, and our, deepest spiritual needs. In the seven churches, the obedient response of those who have ears to hear indeed indicates who His servants are. Later in the book, we shall see that those who overcome are those whom Christ identifies as His own. God grants that they serve Him forever. When we perceive Christ as He is, our great need for Him, and His complete provision, we can never be the same again.

God sent an angel to John, God’s servant, to signify the message. While reading the book of Revelation, we should expect Christ to reveal Himself to John and to us through the message.

Jesus could have chosen anyone including Paul or Peter, Matthew or James, or any of the other apostles, but God in His divine wisdom chose John, the beloved Apostle, who at the last supper with Jesus and the other disciples, rested his head upon the chest of his Savior. Jesus gave John (along with John’s brother James) the sir name of Boanerges, which meant a son of thunder, but John is also known as the one whom Jesus loved.

Like John, we have a special, strategic role in God’s plan. It is a Christ-given responsibility and position with works prepared, that we should walk in them to fulfill our purpose in Him. And we will be fulfilling God’s purpose if we hear and are led by the words of the Spirit of God. May we make it our prayer to be known by Jesus and be given a name (a promise to one of the churches in Revelation chapter 2) which reflects the unique character of our relationship with Christ, a true love for God and His love for others, and faithfulness in our role and purpose in Him.

Looking at the meanings of the words of verse 3 suggests that a person becomes enlarged and therefore blessed by reading the book of Revelation in such a way as to know with certainty the words that God is speaking. The kind of hearing that takes place and leads to blessings is a hearing again in such a way as it were for the first time. This kind of hearing produces faith. Because of what must come about quickly, the time and opportunity to obey the prophetic word of Christ is right now.

Being an obedient servant of Jesus Christ is the requirement for understanding what is to come about, for as verse 1 indicates, “A revelation of Jesus Christ, that God gave to him, to shew to his servants…” Being faithful to the voice of Christ as His servants is the right focus in order to know Christ as Savior, our Safety and Messiah. Seeing or perceiving Christ, and obeying what follows, go hand in hand, and the promised blessings come through hearing in such a way that aligns our lives to what God is saying.

David Hapenney has a bachelor’s and master’s degree in theology. In 2011 he created The First Worldwide Bible Study on the Book of Revelation, which became the basis of Victory through Revelation: Overcoming the Antichrist Spirit. The author, together with his wife and their three children, live in Southern California.