The Atheism That Saved Me 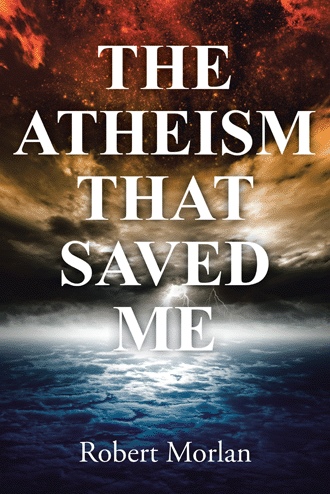 My dad was still gone most of the time, even though he had moved back home. He was running around and drinking a lot. This wasn’t anything new, it was just something that I was not aware of. And even then, my mother protected me as much as possible from what was happening with my father.

It was lights out and I was trying to pray. I had been struggling with prayer and with God, and when I did pray it was just a generic prayer. I lay there reflecting on my life, my experiences and it was then, with all of the thoughts I was struggling with, that the decision came to me. I had a change of mind and heart. There was no earth-shattering moment that triggered it, but before I dozed off to sleep I decided that God did not exist. Everything came to a head for me that night, in regards to religion and God. I decided that I would never pray again, ever. God did not exist – so why bother?

Twenty-four hours before we were to get the baby, the lawyer called and told me the young lady was having second thoughts. She was, perhaps, going to change her mind. I knew this was a possibility, but I was not prepared.

Silence. I couldn’t even respond. I had no words. How could I bring this news to my wife? After everything we had been through, the tragedies, the horror of losing children, the entire adoption process, and now this. What would this do to her?

I thought about my options: should I go to the hospital? Barge in her room and plead with her to give us her baby? Beg if necessary. Somehow convince her. No, I couldn’t. It was her child, but it should be ours. What could I do?

I was desperate. No, worse than desperate; I was hopeless. A million thoughts ran through my head as I paced back and forth in my office. I had no idea where to turn. We couldn’t go through this all over again. My wife. What would she say? What kind of affect would this have on our marriage? The shock and reality of the situation began to set in, and then a thought occurred to me. A thought so unusual and unnatural for an atheist, but I didn’t know where else to turn. I simply yielded to something that I had made a promise that I would never do again.

I bowed my head and prayed. It wasn’t a prayer, really. How can you pray to a God you don’t even believe in? Nonetheless, there I was.

I did not believe my words were being heard. I said, “God, I don’t know why I’m talking to someone who doesn’t exist, but I am desperate. If you will permit us to have this baby, I promise I will take him to church. If he chooses to believe, that will be his choice.”

Life, I believe, is made up of defining moments. There are events and moments in our lives that mold and make us into what and who we are. We all have them. It is the way in which we react to these moments that determines the courses of our lives.

Several months after adopting our son, I was making my way home after closing the office for the day. It suddenly came to me about a promise I had made, “If we get this child, I will take him to church and let him determine if he believes you exist or not.” I dismissed it, but it wouldn’t be dismissed. Two reasons came to mind. First, if God does exist, he is mean, cruel, and vindictive. And He would be mean enough to take the child from us. I never thought He might have been the one responsible for us getting the baby. The second reason actually carried more weight with me than the first, because if God didn’t exist He can’t be mean, cruel, and vindictive and certainly could not take the baby from us. The second reason was because I had given my word. That meant something to me, even at a young age, integrity and character counted. I had given my word and it was not about a non-existent God, it was about honoring my own words.

I arrived home and Jann was preparing dinner. I walked into the kitchen and said to her, “We are going to church Sunday morning.” She looked at me like, “Are you crazy or what?” I assured her that I wasn’t, I am still trying to assure her, but I still don’t think she believes me. She asked me, “Just where are you planning on going?”

It was the first time to my recollection of ever really seeing the beauty of nature. The Chugach mountain range ran through our post at Fort Richardson, Alaska, and certainly I was aware of the beauty there. But this was different. I was seeing it differently than I had ever seen it before. It is one thing to look but quite another thing to see. I was seeing for the first time. The deep blue water, the green cedar trees, the cloudless blue sky, the small islands dotting the landscape, they all met in what seemed to be perfect harmony. It was untouched by pollution, or civilization, for that matter. I sat there on that island totally mesmerized by the beauty of it all. I whispered to myself, “Maybe I am wrong, maybe, just maybe, there is a God.” I then said, “If you exist, you must show me and it has to be in a way as to leave no doubt.”

Just to be clear, there was no flash of lightning, no voice from the clouds, no movement of wind, nothing. God did not reveal Himself to me that day. He did – I just didn’t know it. I wasn’t surprised at all. I was still an atheist, but just by chance, I could be wrong. But nothing happened to change my mind that day.

It was about 2:30 am, his phone rang and I identified myself. I remember the conversation well, and it went like this: “Hello,” after his greeting, I said, “this is Bob Morlan,”

He asked me, “Do you want me to come to your house?” I told him ‘No’. I was thinking this guy is going to think I have absolutely lost my mind. We talked some more and my fear was only increasing.

At that point, I said to him, “Maybe you need to come.” He told me he would be right over.

When I hung up the phone, Jann woke and asked me, “Were you talking to that preacher? Is he coming to our house now?” My reply was “Yes.” She got out of bed, walked into our closet to get her robe, and went into the bathroom. I followed her into the closet and then into the bathroom. She never asked me a single question as to why the preacher was coming over to our house at this late hour, or why I was following her around. 2:30 am and she just went with it, not asking any questions or saying a word.

Bob Morlan was a young boy growing up in southern Illinois, who was the product of a broken family. After dealing with the heartbreak of his family’s dysfunction and brokenness, he spent time on the streets, and lost himself. Morlan, totally disillusioned by faltering role models, was filled with anger and rage. Without college as an option after high school, he enlisted in the army and while serving in the military, came to the conclusion that God did not exist.

Years later in the face of an adoption that was unraveling, after the loss of two children, the emotional welfare of his wife hung in the balance, and he found himself in a state of despair. With absolutely no options left, his desperation forced him to pray to a God he did not believe in.

Filled with light-hearted stories of his youth, poignant experiences in the army, a heart-warming love story, and the redemption of an atheist turned Christian, this religious biography will force you to examine your own walk with Christ.

Founder and lead pastor of Grace Fellowship Church in Mokena, Illinois, Robert Morlan now serves as shepherding pastor. He currently lives with his wife, Jann, of forty-eight years, and is blessed with a daughter, Susan, a son, John, pastor of First Baptist Church of Evergreen, Colorado, and five grandchildren.