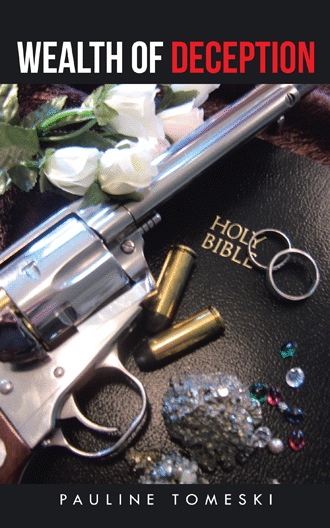 Looking out the window into complete darkness, Jeff, is in deep thought on how his life could be so

different if he had money.  His daughter, Rachel, needs braces and he is thinking how great it would be

if only he could write out a check and pay the orthodontist. Life would be great without thinking about

the bottom line of his check book, he could pay the car insurance, water bill, electric bill and pay off

those high credit card bills without thinking twice. Soon the property taxes are due, where will I get the money for that? There is never enough, never.  The more Jeff thought about what he didn't have the angrier he got.

Retirement? Get serious, that is gone!!  Jeff thinks to himself, I had to pull out my 401K to cover

unexpected expenses. The last storm we had ripped off part of the roof with the 100 mile an hour winds and the water damage was more than anyone expected.  The house insurance did not cover all of it.

Anytime I put money in savings something comes up. I don't even have $500.00 in the bank.  His thoughts were fueled with anger until he exploded with the words “Why God is there never enough?

Don't I deserve more?  Am I not  a wonderful person?”

Jeff sits down and places his head in his arms and tries to figure this thing out.

Depression was setting in. It has been years since he has been on a family vacation. We use to have so much fun on vacation.  Julie and I would watch the children play in the ocean's warm water and  build castles in the sand. We would rent a beach house on the ocean and watch the sun go down every night. We would bond as a family and always talk about how we wanted to come back the next year. The years rolled by and we never made it back to the ocean.  I love the ocean.   I have thought of going back so many times just never had the money.

Jeff gets into bed and lays next to his wife, Julie, of 25 years but can not sleep.

After several hours of tossing and turning, Jeff still can not fall asleep.  He gets up and  goes onto the

porch. The rain has stopped. It is a clear night and he could see the stars shining brightly. Jeff stares

into the heavens and sees the full moon.  It is so beautiful, so magnificent that it takes his breathe away. He thinks on how, “In the beginning God created the heavens and the earth.”   God had made the two great lights that is written in Genesis 1:16, “The greater light to rule the day and the lesser light to rule the night.”  God also created those awesome stars that twinkle so brightly.  Jeff cries out to the Lord, “God help me, my only desire is to have more enough money to exist without struggling. I am sick of not having enough.”

Grief overwhelms  Jeff.  His eyes fill with tears, feeling hopeless.  He will be turning 44 years old in a few months and the burden of “not enough” sickens him.

Jeff is tired and  goes back into bed.  Julie reaches out to him and tells him to be happy with

what he has.  A family that loves him.

“ I love you, honey”  she whispers in his ear.  “Love is better than riches.”   Julie kisses Jeff and they fall asleep.

After another restless night Jeff gets up in the morning to the smell of bacon and eggs. His wonderful wife, Julie is up early getting things ready for her family to start the day. She smiles as Jeff comes down the stairs.

“Good morning my dear” she states as she hands him a cup of coffee. Jeff kisses her gently on her forehead. “Feeling better?”

The day is sunny and already hot and Jeff is feeling much better.   On his way to work he stops at the local convenience store and picks up the paper and decides to buy a lottery ticket.  It would be so nice if I would win and get rich, Jeff thinks to himself.

Jeff forgets about the ticket and after a few days he finds it in his pocket.  He checks the numbers and he  is the winner,  the only winner of $500,000,000.  Jeff can not believe it!!

Wealth of Deception is a story about a man named Jeff and his loving middle-class family. They live in a small house in the suburbs of Chicago. They all love the Lord. Jeff is tired of never having enough money. He cries out to the Lord and he wins a  five-hundred million dollar lottery. Is Jeff deceived into thinking his love for the Lord and his family will stay strong? The money brings on a surprise, life-changing experience that Jeff did not expect. His greed, lust for more money and power, pride, murder, and corruption are only the beginning. Will moving his family to a huge mansion on the hill bring happiness? Will a new yacht and trips to the Caribbean bring Jeff peace? It seems that whatever the money touches brings on catastrophic results. Can anything stop this downward spiral? His wife and daughter fight to save Jeff from his destructive ways. Will they succeed? When Jeff gets a glimpse into his wickedness and sees himself for the first time since he won the lottery, something unexpected happens!

Pauline Tomeski was born and raised in Chicago, Illinois. Pauline was inspired by her son, John Paul McLaughlin, to write this book.  John Paul created the idea for Wealth of Deception and Pauline brought it to life.