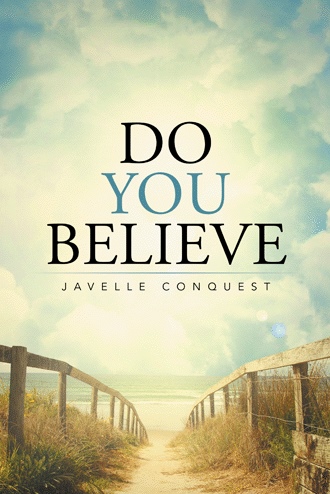 He Brought Me Home

An argument erupted. Drug- and alcohol-induced words slurred through the air. They came from the lips of a partially deaf young man enraged with his mother. “And I hope I get hit by a bus!” Jase screamed as he slammed the front door behind him.

He unlocked the kickstand and positioned himself on his bike. He looked out over the land and saw that it had become quite foggy. He took off down a stretch of country road.

Thoughts of the previous events invaded his mind. If he could just make it to his friend’s house then he could get something to clear his mind. He needed something to relax, even if only for a moment.

Jase continued peddling as his friend’s house began to grow larger from the distance. His hands sweat against the handlebars, as he grew increasingly anxious. He desperately needed a fix to soothe the irritation.

He coasted into the driveway. Jase hopped off his bike. In his haste, it fell to the ground. He didn’t bother setting the kickstand. He walked up to the door and knocked. There was no answer. He pressed his ear against the cold door and listened for movement. He heard nothing. He walked over to the window and tried to peek inside, but he couldn’t see beyond the drawn curtains. He stopped and thought for a moment. Maybe he’s in the back and can’t hear me.

Jase pounded harder this time as he hollered loud enough that the neighbors could hear him. There was still no answer. He hung around for another minute or two in hopes that his friend would come running to the door. The house remained quiet.

Succumbing to his frustration and completely overcome with disappointment, he walked back to his bike. He picked his bike up from the ground and again positioned himself. He took off down the long stretch of country road in the fog. Frustrated, he headed back home.

He zigzagged from lane to lane. He would speed up and then allow himself to glide freely on the slight declines in the road. He looked up from his amusement. His body froze in disbelief as he came face to face with two bright lights that pierced the fog. A horned wailed in distress toward him, but it was too late.

The vehicle slammed into his body, sending him flying several feet in the air. After drifting in midair for what seemed like eternity, his body finally made contact with the unforgiving pavement, breaking his ribs on impact.

As he hit the road, his body bounced helplessly out of control. The force broke the bones in his lower spine among other bones throughout his body. Riddled with unimaginable pain, his body slid to a stop, almost fully detaching his ear and skinning the side of his face.

He lay there alone, scared, and in excruciating pain. He tried to holler out, but his words failed him. His mangled body could not muster up the strength to move from that spot. He lay there thinking, Is this it? Is this how it happens? Am I about to die? His eye managed to expel a single tear as he hung in the balance of uncertainty.

Jase slipped in and out of consciousness. He thought of all the people that loved him. The argument with his mom now seemed so stupid. Just as he was ready to resign to death, he saw a figure coming near him.

They finally reached Jase’s mailbox. Jase looked at him curiously. He wondered how the man knew where he lived. Jase never gave him directions. The silent stranger carried him to the front door. He opened the door and fell in. Jase’s mother shrieked as she looked at him as if he were already dead.

The family rushed to Jase’s side. In relief, he turned to thank the stranger. He looked to the open doorway, but he was gone. Everyone looked around the house and up and down the street, but the kind stranger had vanished.

The doctors that put Jase back together again knew they were looking at a medical miracle. Not only should he be dead, there was no way that he should have been able to walk home. Even with assistance, the distance was just too great for him to have made it home.

“Death and life are in the power of the tongue, and they that indulge in it will eat the fruit of it [for death or life].”—Proverbs 18:21

“For it is written, He will give His angels charge over you to guard and watch over you closely and carefully.” —Luke 4:10

Have you ever wondered if the supernatural world exists? Is it accessible to human beings? The author will take you on a journey through a compilation of true accounts that testify to the fact that the supernatural power of God is all around us. You will read personal testimonies about answered prayer, angels, healing miracles, divine encounters, prophecy, and much more. Each story will guide you to the truth that God, and His supernatural power, exists just beyond our understanding. Do you believe?

Javelle Conquest has experienced several supernatural encounters throughout her life. She uses these experiences, as well as the experiences of others, to usher people into the truth about Jesus Christ. She and her daughter currently reside in Virginia where they are members of Anointed Word Deliverance Ministries of Keller, Virginia.