The City of Mystery 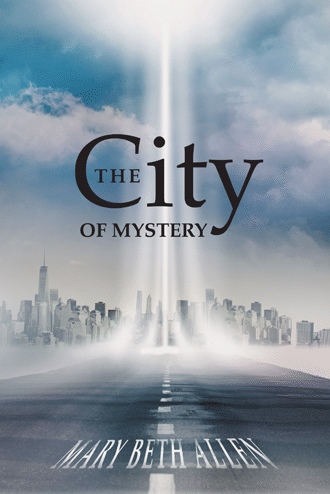 Michal loved to hear stories of her great-great-grandmother Langtrey. She was a mighty warrior who fought against the Tresdids the first time they came to Appafloria. It was because of her army of women that the Tresdids were forced back to Tresland and Appafloria lived in peace for fifty more years. Michal loved the story of the battle of Lightinghawk where great-great-grandma rode out on Petra’s ancestor with five other women warriors and held off twenty Tresdids so that the King of Appafloria could escape the ambush that had been set. She fought the leader of the squad in a single-handed sword fight for over an hour, sweat pouring down her face, wounds bleeding, nearly falling in exhaustion, but she persevered and with her final strength she thrust the sword through the man’s heart killing him instantly. When they saw their leader was dead, the other men fled the area. Michal’s great-great-grandma fell to her knees beside the body and wept for the loss of such a brave warrior even though it was her enemy.

Michal loved the story. She loved that her great-great-grandma, despite being a mighty warrior, still had a sensitive heart and cared for the loss of one man. Surely, Grandfather wasn’t thinking I am a warrior like great-great-grandma? Michal thought walking to her place at the table. She sat down still thinking, staring at her empty plate.

“Hey, Michal, are you listening to me?” Tommy said impatiently from across the table. “Huh, I’m sorry, Tommy. I was thinking. What did you say?” “Would you play ball with me and my friends this evening?” Tommy said, his brown eyes pleading.

“Uh, I guess so, for a little while. There’s something I need to talk to Mom and Dad about first after we’re done eating.”

“Why not now, honey?” Mom asked, glancing up from where she was unfolding her napkin, her eyes scrunched up, puzzled.

“Not in front of pipsqueak,” Michal replied with a teasing glance at her little brother. “Hey, don’t call me pipsqueak,” Tommy protested taking a wrinkled grape and starting to throw it at her.

“Sorry, Dad.” Tommy put down the grape, picked up his fork and scooped up some mashed potatoes.

“You might as well say it,” Mom said with a laugh. “He’s going to eavesdrop anyway.” “I guess you’re right. He’ll find out soon enough.” Michal hesitated before continuing then she took a deep breath and spoke. “You know Grandfather gave me that crystal.” The other three nodded.

“I’ve been trying to figure out all afternoon what it meant and I think I have.” “And. . .” Mom prompted, leaning forward listening intently. “I think it’s a clue to the City of Mystery.”

Mom and Dad glanced at each other. Mom nodded at Dad.

“Hmmm, funny that you should say that, honey,” Dad said haltingly. He picked up his napkin, made a once inch fold, turned it over and folded it again as if he were making a fan. Michal watched him and began to worry. Her dad fiddled with things when he was very concerned about something. All of his children knew to listen carefully when he started fidgeting. She gave him her full attention as her father continued talking. “I have a story to tell you. It’s about when you were a baby.

The day you were born was a beautiful day, as sunny as Appafloria can get with the black smoke clouding the sky. We were so happy to have you. Your mother was so sick while we waited on you to come. We almost lost you a couple of times. The fact that you lived seemed to us an omen that you were to do great things with your life.

When you were about ten weeks old, an old woman stopped at the house begging for food. Your mother never lets strangers in the house. It’s not safe, but something inside her told her to allow this woman to come in. She opened the door and the woman walked in. Your mom gave her some bread. The woman began to speak.

“Do you have a girl infant in the house?”

Your mother became very frightened at this point. She was afraid that the old woman was going to kidnap you so she lied.

“Do not be afraid to tell me the truth. I am not here to harm the child in any way. I am here to bless the child,” the old woman said in a loving tone of voice. Her face shone with a love that your mom had never seen before not even in her own mother’s face. Assured of her kindness, your mom went and got you out of your crib, brought you down to the lady and laid you in her arms. The woman gently touched your face and said, “What a precious and beautiful child! You are indeed blessed.” She then cupped her hand on your head, closed her eyes and spoke, “Blessings on you, Michal, child of Treb and Veer. May your paths be straight. May you know the truth so that you may be set free.

You, child, at a young age will journey into the unknown with faithful friends and find there the answers sought. You will bring the truth to your people and set them free from bondage.” She then said a word in a language your mother did not know and became silent. Your mother took you from the old woman’s arms, turned for a moment and when she looked back the woman had disappeared.”

“Why have you never told me this story?” Michal asked her face lit up in wonder.

“The time has not been right. If we had told you too soon, you would have become arrogant and might have wanted to go off when you weren’t ready,” Mom said.

“Did Grandfather know this? Is that why he taught me all those survival techniques?”

The adventure begins with a mysterious gift in the form of a crystal received by Michal, a twelve-year-old girl, as an inheritance from her grandfather. Michal concludes that her grandfather left her the starburst-shaped stone as a clue and that clue led to the City of Mystery! Her grandfather had thrilled her with stories of how the City of Mystery held the answers to solving the problems caused by the occupying Tresdids in her beloved city, Salvatore.

Her best friends, Petra (a male unicorn colt), and Flyby (a male golden eaglet) join her, and they all head to the mysterious city. They later meet Zyon, a small purple female dragon, who also adds her expertise to the mission. On the way, they go through dangerous swamps, get lost in spooky forests, and face giant poisonous centipedes, as well as many other escapades. They also have the privilege of meeting the Firsts, the first speaking dragon, eagle, and unicorn, including the first man who was awarded the Blue Orb.

Will the four youngsters make it to the City of Mystery? Will they find the answers they seek?sity.

Mary Beth Allen is the author of Iamadore, a children’s book. She is fulfilling her dream by becoming an author. She finds her inspiration from the time she spent with her sibling’s children having adventures.