Experiencing God, Life and Growing Up 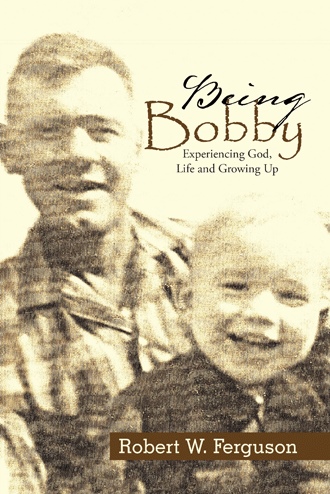 Bobby liked school okay and was a very average student. He made good grades in most of his subjects, but was an awful speller. Of course, that didn’t matter to him. The one thing that did bother Bobby those first few years of school was the fact that he could not pee at school (at least, not in front of the other boys). He would often ask to go to the bathroom during class time, because he couldn’t go at break. The teachers did not understand this and Bobby really had no way of explaining it. “You had plenty of time to go during the break, Bobby!” the teacher would say. So Bobby had to endure the rest of the day with his ‘stomach’ aching because he could not go. But even with this pain, if there were other boys in the bathroom, Bobby simply could not pee. At the time, he did not know that his experience of ‘bashful bladder’ was a quite common one. It was just another dilemma in his mind. Why, since he was so special, could he not pee like everybody else? Was he special, or was there something wrong with him?

Thankfully, over time, Bobby found that if he waited until most everyone had cleared out of the bathroom, then went into a stall (these had no doors on them) he could relax enough that he could finally pee.

By the time he was in the fourth grade, the bathroom break was not a big problem. Bobby still did not pee in front of the other boys, but he was more relaxed when there was a crowd. About this time, the other boys were becoming competitive, however. The boy’s bathroom was long and narrow, almost like a hallway. There were a series of open stalls to the right and on the left one long trough-like urinal, followed at the far end by three sinks. The peeing contests took place almost every time there was a bathroom break. The contestants would stand at the open end of the urinal and see how far they could send their stream of pee. If you could reach the end of the urinal, then you were okay, but the real studs could hit the last of the three sinks!

Naturally, Bobby never participated in these contests. Now, it wasn’t that he was such a “goodie-two-shoes,” it was because of his bashful bladder. He secretly desired to know that he was a “stud” too. In fact, he could pee just as far as any of those guys. He and RT used to have peeing contests all the time and it was funny how peeing in front of RT never bothered him. Still, peeing out in the weeds and watching that stream make a huge arc was one thing. But to measure it by the studs at school, well, that would prove, if to no one but himself, that he, Bobby, was just as much a stud as the other guys.

So it happened one day that the bathroom was empty and Bobby’s bladder was bustin’. His chance to prove himself had come. Bobby stepped up to the end of the urinal and let ‘er fly. He hit the first sink, then the second, and with one last surge of everything he had, he hit the third sink. Bobby was a stud! Then a toilet flushed and the custodian, who had been sitting in one the open stalls, stepped out and nabbed the culprit who had been peeing in the sinks!

Bobby did not protest, although it seemed so terribly unfair. He was taken to the principal’s office where he received three licks with “the board of education.” All the other studs were getting off scot free. Bobby, of course, would not dare tell on them – that would only make matters worse. But why oh why, did Bobby get caught the only time he ever did anything wrong, when all the other guys got away with everything they tried?

Deep down inside, Bobby knew why. He was special. God had made him special. God would not allow Bobby to get away with things that other boys did all the time. God had a plan for Bobby.

What if you want to be tall, but you are short?

What if you want to be strong, but you are weak?

What if you think you are smart, but you do lots of dumb things?

What if you are not a prodigy, even when there’s something inside that tells you that you are very special?

What if, you believe you have been fearfully and wonderfully made, but you recognize that you are still somehow deeply flawed?

What if you know you have a purpose, but you are afraid you will never live up to that purpose?

What if you want to be loved, but you fear love will never come to you?

What if all your potential screams to be released, but your fears are too great?

What if you could just be somebody else?

What if you were Bobby?

How do you handle the

Robert Ferguson earned a Master of Divinity with Biblical languages in 1987. He has served three congregations as pastor and is currently pastor of First Baptist Church of Archdale. He and his wife, Leesa, have four children and live in North Carolina. Today he is known as “Pastor Bob.”