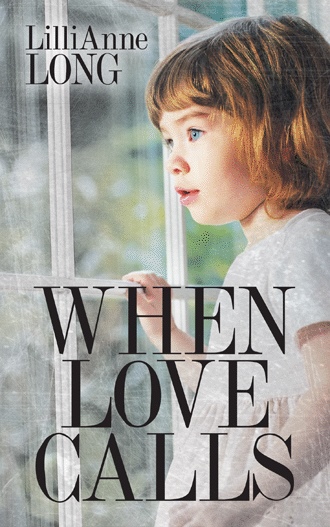 He called “Loro, Loro,” and she looked up from the beach where she had come to think. He was just a silhouette on horseback on the cliff above her. He angrily addressed her again. “Get away from there. You know better than that!” The problem was, she did not know “better than that,” or had she ever seen this man before. Nor was her name “Loro”. She was Gail Templeton, a complete stranger to California, having arrived only three days before. She looked around, but she was alone.

Things had gone wrong for Gail since she had arrived on the bus in Santa Barbara. She knew there would be no one to meet her, and it hadn’t mattered until that moment when others were met by friends and relatives, but she was alone. The small cheap motel room she had found didn’t help her anxiety and loneliness. She paid for two weeks, and found she had only three hundred dollars left in her purse.

She was out of her element. Her life had been so uncomplicated when she graduated with a Master’s degree in Education only two years before, and immediately taken up a career she loved as a teacher of exceptional children. Raised in the South, her childhood had been the best. But she had been shocked to discover from an old birth certificate that she had been adopted. The parents she had known and loved were not her birth parents. Shortly afterwards she had lost both parents within a few months.

Her birth mother’s name was Elfrida Costello, and Gail had been born in Santa Barbara, California, where her birth mother was a socialite. Since then, that birth mother had been married to a man named Jorge Fuente, and she still lived in Santa Barbara. After her adopted mother had died, Gail was sitting alone staring with blank eyes at a TV program she could not follow, she made the decision to go to Santa Barbara and find her birth mother. But when she arrived at the beautiful home overlooking the Pacific her mother now lived in, she lost her nerve. Would her mother acknowledge her, seeing she occupied such a high echelon in society? Instead of knocking at the door she had wandered to some steps she found over the ocean, and made her way down to the beach.

Where the strange man had yelled at her to go away.

The man, Ron Casabon, dismounted his horse and she saw he was going to come her way. Hastily she began to gather up her things to leave, but she heard a rumble. The man grabbed her and jumped with her to the beach. “You know that cliff has been crumbling for years, Loro. Whatever possessed you?” But then he realized she was not Loro. Loro is the daughter of Senora Fuente, Gail’s birth mother.

She had sprained her ankle, so he took her to his own home, next to the Fuente estate. She found that he was a cold and distant man, and was alarmed to find that she was attracted to him. Things do not get better when he hires her to be teacher-companion to his autistic daughter, Tabbie. They immediately clash on methods to help Tabbie. Nor do they get better when she meets “Loro,” short for Delores, almost a twin, her half-sister. Loro immediately despises and mistrusts Gail because she has been in love with Ron most of her teen-years. Even worse, Gail learns that Loro is addicted to drugs that Ron is suspected of his wife’s murder, and that Jorge Fuentes is an abuser of her birth-mother.

But soon it is learned that Ron is anything but a cold and distant man. He falls madly in love with Gail, which brings rise to another problem: Is Ron guilty of murdering his beautiful first wife, and not least of the problems, Gail is a dedicated Christian, who will not marry outside her faith.

Can this “tangled web” of passionate love, suspected murder, autism, drug addiction and spousal abuse be resolved? It is up to the reader to discover if and how.

When the woman she always thought was her mother dies, Gail Templeton learns that she was adopted as a baby and that her birth mother still lives in California. Impulsively, Gail decides to go to California to find her.

But in California, confronting the lovely estate overlooking the Pacific where her birth mother lives, she is taken by a sudden fear of rejection. Was her birth kept a secret from family and friends? Is her mother a socialite who will be embarrassed by Gail’s Christian faith and by the fact she is just a special education teacher? Gail loses her courage, makes her way down to the beach under the cliff, finds what looks like a cozy spot, and sits down to contemplate the beautiful ocean and think.

Almost immediately, she is interrupted by an angry man, Ron Casabon, who shouts at her in Spanish and English, telling her to leave and calling her Loro. When the cliff behind them crumbles at the edge and they are both showered with dirt and rocks, Gail’s ankle is sprained.

Ron takes Gail to his home. When he learns that Gail is a teacher, he hires her to help his little daughter, Tabitha, who cannot speak and has been diagnosed as autistic.

Gail and Ron fall passionately in love and want to marry, but obstacles remain. Ron is suspected of murdering his wife. Gail does not want to be “unequally yoked.” Someone wants to kidnap and kill Tabitha. Gail meets her birth mother and her lookalike half-sister, Loro, a jealous cocaine addict also in love with Ron. Can Gail, with God’s help, overcome these problems? Is He telling her that love, in the form of Ron, her mother, Tabitha, and Loro, is calling?

LilliAnne Long received a master’s degree in creative writing from the University of Southern Mississippi. For thirty years, she wrote when she could while teaching writing to college students. After retiring, she found When Love Calls in her files. She lives on the Mississippi Gulf Coast with children, grandchildren, great-grandchildren, two dogs, and four cats.