A Pursuit of God’s Lessons in the Field 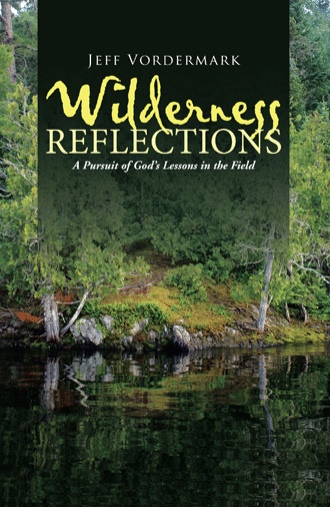 Dipping a line in holy water

A hen mallard with her brood that I had seen on previous outings passed nearby in a silent waterborne processional, keeping one wary eye on me and another peeled for any other dangers as she did. I noted sadly that her brood was down in number, apparently having lost a member to some sort of predator, of which there were many in this remote place.

A muskrat also made a brief appearance. The furtive little creature seemed to prefer moving on the edges of my vision, like intuition lurks on the edge of your mind about something you can feel more than verify.  Were it not for the wake of water he left as evidence you might be tempted to ask if he was even there at all.  Certainly any trace of his passing was soon smoothed away.

The water itself was amazingly clear, and it was almost too tempting to set the hook on rising fish even before the telltale movement of my strike indicator. The fishing flowed seamlessly into a long period of “catching”.  It almost seemed unfair; I was experiencing phenomenal luck and accounted for a number of trout before too long.   I was only a novice at trout on a fly, having spent most of my formative fishing years in the flatlands where bass and panfish were the order of the day, but today I felt particularly capable, and blessed.   It all seemed magical, and was just the sort of experience that I had heretofore only dreamed.  Or perhaps read in a magazine article written by some other more fortunate soul whom I could only have imagined up until this moment might have been prone to embellishment.

I was “in the zone” as some would call it, having entered that special place where thought did not happen, reasoning was not necessary, and the tempo of my world was dictated by the movement of my rod and fighting of the fish. All else ceased to be, and it was somewhere in that moment of timelessness that God spoke to me.  I knew God lived up here, the fact having been evident to me on virtually every occasion I had visited and in every event that occurred.  The sheer beauty of the place bespoke a Creator.   Only now, He had something to teach me, and for that moment my daily, worry-filled and worldly life was suspended as I went to school at the feet of the Master.

Hunting is all about pursuit. When I first took up the sport I was fixated, as most neophytes are, on success in the field and bringing home a prize to be able to brag about. It was all about a photo to whip out of the wallet and something to hang on the wall.  This, after all, was the point of the pursuit, was it not?

At some juncture that all changed. Hunting became not about putting something in the truck bed, but to pursue knowledge of the sport itself, to learn the woods and game, and become woods wise.   I took up archery not in the hopes of bagging more game, but that the endeavor would make be better. The evolution of my ability was not measured in days or weeks but years.  I find myself hunting harder each year, and while successes still come sparingly I have learned so much that I’ve never regretted the decision. I also know that I will never become a perfect hunter even with a rifle despite my progress with stick and string. That’s okay by me because it’s not always about success, but what you learn along the way.

Sometimes, in talking with friends, we are led to discuss what is wrong with the church. There is so much in today’s society that is not uplifting or appealing to Christians. If that’s the case there should be fewer excuses and more reasons to get involved with the church, where all the uplifting and appealing stuff should exist in multitudes!  However, this is not what seems to happen.  We do not find church to be an empowering event.  Instead it is a series of little events, ministries, and classes that all aim to “fix” our failures as Christians.  Having had more than a little experience in the Army with both failure and success, especially in an environment that valued a “zero defects” mentality, I’m of the belief today that God does not call us to lead faultless lives. I believe He calls us to lead effective lives.  The question is “how do we do that”?

God is the ultimate teacher, and if you choose to allow Him, He will touch your life in eternal ways. It can even happen while you sit shivering in a tree stand, waiting for a deer that never shows. Author Jeff Vordermark has come to treasure those moments in the wilderness and how they have helped him journey closer to God as a result. Wilderness Reflections: A Pursuit of God’s Lessons in the Field is a collection of short stories that grew out of Vordermark’s search for meaning in the Bible and adventures in the outdoors. Men’s souls seem to be in conflict between the demands of their everyday lives and their recreational pursuits. Sunday church time can seem to be more about duty than community. The call of the wild can all too often reach into the pews and distract us from our heavenly goals, but the two need not be separated. The stories included in Wilderness Reflections: A Pursuit of God’s Lessons in the Field reflect Vordermark’s journey from Sunday-only church to having it any day of the week. It is in this church—the church of the woods—that one can find meaning and seek to clarify the muddle of everyday life.

Jeff Vordermark has a passion for God’s Word. An outdoorsman at heart, he writes recreationally while teaching fellow hunters and anglers and leading an outdoors ministry. He has learned it is always “open season” for scriptural truths, and there are no limits on how many you can catch.