In Our Father’s Arms

Knowing Him as a Person. 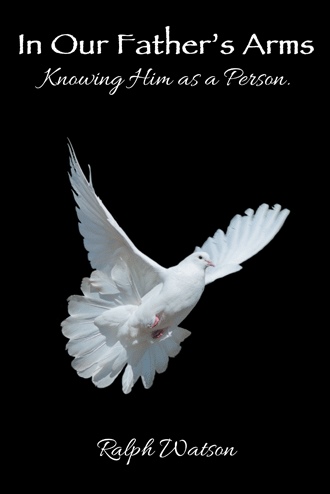 Have you met God as a person? It’s not as hard as it sounds. It just takes simple faith and childlike trust for your first introduction. The Son of God will take you to meet the Father, when you choose to receive His peace and take His yoke upon yourself (Matt 11:25 -27). Then you will begin

This author has attended two Bible Colleges. The first was Te Nikau (Paraparaumu NZ in 1989) with the second being School of the Prophets (Redcliffe Australia in1993). The first fulfilled a strong desire to know God which was beyond his wildest dreams.

Ralph has always wanted to meet Jesus in Person and at Te Nikau his dream was fulfilled.

His second Bible college, School of the Prophets (SOP) is a place where they teach you to hear God for yourself and for others. Prophecy, visions, supernatural healing and journaling (writing as you hear God speak) are strongly encouraged and expected through activations. His own relationship with God has developed over the last 33 years, but had a major increase into divine encounters, at School of the Prophets, where he met his Beloved Saviour in Person for the second time. At Te Nikau Bible College he walked hand in hand with his Saviour as a friend. At SOP everybody was expected to know him as a Person by the end of the course if they already hadn't met him in this way before. Through fasting and praying one day a week, journaling became very natural for all the students. He was not alone in his experience and a felt a little overwhelmed by being amongst many who also knew God as a Person. His experience was about to be accelerated to another level in that Holy Ghost atmosphere. It was as though a heavenly door was opened in the spirit realm to hear Gods voice, see His face and feel the touch of His hand. Encounters with Jesus became a daily occurrence. It only took simple faith and trust that came from the heart rather than the head to have a direct link with Jesus in person.

After SOP our Lord Jesus, took him to meet the Father in Person. It was a real closet experience where he met Father God by laying in his lap and being taught in the quite place. He has had many periods of divine encounter, each one being longer and more intense than the last. In 2004 when his Dad was dying, he met the Holy Spirit in person and experienced a two period of what he calls Holy Ghost Boot-camp. Ralph's Father died a month later but one of the strongest memories was seeing his Father holding his Saviour's hand saying 'Its alright son, I made it'. This happened in a full colour vision on a prayer walk about 10 minutes after his Dad (and best friend) passed over.

Ralph has continued to have more divine encounters over the last nine years and wants to share the keys that open the doors to knowing God as a Person. As he says in the book,

"It only takes simple child-like faith. Ask, seek, knock and the door will be opened unto you".