An Adventure in Foster Care 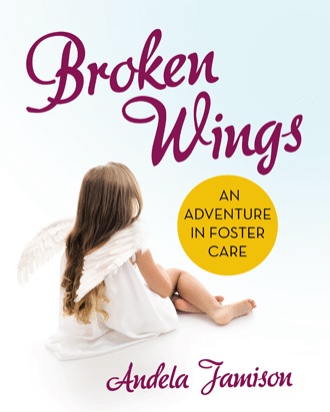 My initial reaction to seeing Lisa was one of shock and horror. I had never seen anyone burned so badly. Even now, it brings a gasp to my lips and a tear to my eye. How could this have happened to such a little girl? Her face was blistered along her cheeks and chin from ear to ear. The skin on her chest was thick and marred from the skin grafts. There were large holes in between the grafts that formed oozing crevices. Her face was red and swollen. Her nose was not burned at all, but her chin and cheek area resembled Fred Flintstones’ five o’clock shadow. I am not trying to be funny here, but this is the only description I could think of, as far as the extent of burns on her little face.

Lisa had been visiting her aunt's home when she decided to play with a lit candle. She put her shirt over the flame. The shirt caught fire and she was engulfed in the flames. Her aunt panicked and pulled Lisa's enflamed shirt up over her head, causing her to inhale flames which burned her esophagus. The shirt burned into Lisa's chest, causing the third degree burns. The burned flesh had to be surgically removed as Lisa fought for her life.

All of the children who passed through our lives were angels, angels with broken wings. Most of the parents had been charged with abuse, neglect, or child endangerment. They came at any hour, day or night. The phone would ring, the proper car seat would be loaded into the car, and off we would bound to collect another angel. We would gather the precious bundles and set out to repair their broken wings. The angels appeared and stayed for hours, week, or even years. They came empty-handed, stealing pieces of our hearts as they passed through our lives.

These are the stories of some of the many angels who have entered our hearts and lives for a brief time. It is my desire to touch your hearts as the angels have touched ours.

Andela Jamison and her husband Jake are the parents of twelve children. Four of these children are biological and eight are adopted. Over the past twenty-five years, she has dedicated her life to ministering to children in church settings and at home. Susan and her husband have pastored churches while they fostered children, which sometimes seemed like the same thing.

Andela has written eulogies, personal dedications for special occasions, and has published some poetry. She and her husband are the proud grandparents of fifteen grandchildren.