Ridiculously Easy Ways to Feel and Be Valuable 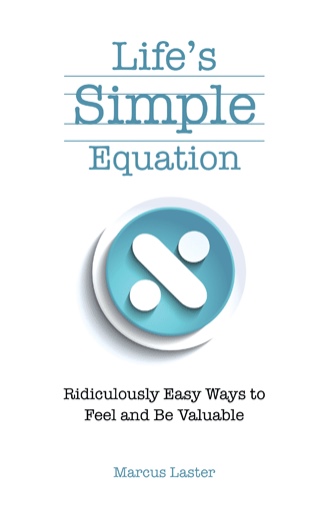 Pray in Times of Trouble

Prayer opens the door for God to work in our lives. He may choose to answer us over time or in different ways than we expect. One thing I learned as a child is that God may even deliver us immediately—when we need him the most. Let me tell you about an event that displayed God’s power and the importance of prayer. It happened in such a way that I would remember for the rest of my life.

After my mother gave her life to Christ and my father rededicated his life, we began to explore different churches in St. Louis. One of them was a messianic-Jewish congregation. It was called Hope Chapel, and walking into church each week was a cultural experience. Some members were black, some Asian, and some were white. There were also Jewish families with men and boys wearing yarmulkes. This diverse group of people walked in alongside colorful families like mine to worship Yahweh and share in the gospel of Yeshua Ha-Mashiach, a Hebraic translation of Jesus Christ. These were terms I learned as part of this congregation that honored some of the Hebrew roots of Christianity.

I loved going to Sunday school at Hope Chapel. And the process was the same for the kids each week. We had praise and worship in the main sanctuary and then were dismissed and marched back to class. Next, we unfolded metal chairs in the classroom and Brother Eric led us through some familiar songs and a prayer before he began the lesson.

For some reason that Sunday, I stuck my right index finger in the hinge of my metal folding chair when I sat down. I felt a fiery sting and then a dull, numb pain. I looked down and my finger was caught in the chair’s hinge. The child next to me opened his eyes wide and immediately went over to Brother Eric to get him to come and help me. I don’t remember exactly how I got my finger out; however, I clearly remember the next couple of events.

I looked down at my finger and it was severed, almost completely through the bone. It hurt, although very little blood came from the wound. I didn’t scream, but was terrified and speechless and cried silently.

I’m never going to play basketball again. I thought. It’s amazing how at such a moment, something as trivial as basketball was on my mind. Next, Brother Eric made a decision prompted by the Holy Spirit. He told the others, “Kids, put your hands on Marcus, and let’s pray right now!”

There I was, clutching my finger and this group of kids of all ages, colors, and ethnicities either had their hands outstretched or had them placed on my back, shoulders, and arms. Brother Eric quickly began to pray. I squeezed my eyes tight. Within three or four seconds, which seemed like a lifetime, I opened my eyes. I was speechless, and my eyes were as wide as a deer in headlights. My finger is healed! No blood. No mark. No exposed bone. Nothing. My finger looked completely normal again.

I remember trying to explain what happened to my parents, and I’m willing to guess, although I’m not sure, that Brother Eric tried to do the same. I don’t know if my family fully understood what took place that day. The impact on me was profound. I witnessed a miracle, and I was the recipient. It happened through prayer in the time of trouble.

At some point in your life, you have likely experienced disappointment, pain, hurt, or even trauma. Unwittingly, the impact of these experiences may cause you to search for fulfillment and feelings of self-worth. If you are a professional, you may have sought career goals and money as a way to satiate this thirst. Yet nothing seems to quench it. On the other hand, maybe you're someone who hasn't experienced trauma. You simply want to live a better life and aren't quite sure how to do it. If you fit either of these descriptions, this book is for you. It might change your life.

In Life's Simple Equation: Ridiculously Easy Ways to Feel and Be Valuable, Marcus shares his personal story of pursuing self-worth and the adversity that motivated it. He will challenge you to look into your own life, consider what drives your search for fulfillment and what you're doing to achieve it. After reading the gripping true-life stories, research, and practical Biblical examples in this book, you will walk away with simple faith-based actions that may change your life and the lives of others.