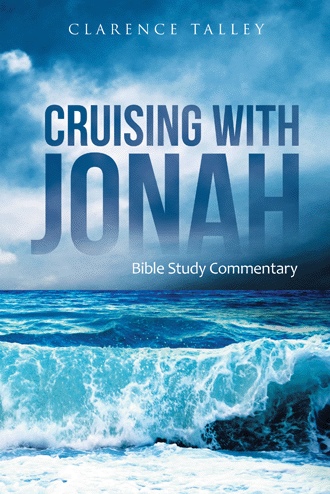 JONAH: A MAN ON THE RUN

You can run but you cannot hide.

Called by God, Jonah was commissioned to “go to the great city of Nineveh and preach against it.” Why? Well, according to the Lord, the city’s “wickedness” had come up before Him. It had become an affront to God, and through the prophet, God sent his message of war against the great city. “But Jonah ran away from the Lord” (Jonah 1:2-3, NIV).

Inspired by God to do one thing, Jonah made the decision to do the opposite. Jonah chose to follow his own conscience rather than the explicit command of God. God’s charge was to go one way, but Jonah chose to go another. Jonah disobeyed God. Whenever we go in a direction that is contrary to God, we are being disobedient.

How many times have we in some way acted exactly like Jonah? In full knowledge of what the Lord requires, we decide we know better and follow our own conscience rather than the command of God. We, like Jonah, in so many ways have run in the opposite direction of God. We have been, either by commission or omission, contrary to His Word, will, and/or way.

For example, instead of running to love one another, so many of us have run hand-in-hand with hatred and thus caused untold suffering. Instead of running to forgive one another, we vigorously run with our hearts filled with unforgiveness, irrespective of the fact that the Lord has said that if we fail to forgive others, we will not receive forgiveness: “And forgive us our debts, as we forgive our debtors” (Matthew 6:12, KJV).

Instead of running to bless our fellow man, we have devised ways to curse our fellow man. Instead of ceasing from anger and forsaking wrath, we decide to destroy one another by any means necessary. Instead of seeking the kingdom first, we insist on chasing the things of this world. We ignore the fact that our insteads only drive us further and further away from God.

We are called out of the darkness and into the light, out of sin and self and into salvation, out of wreckful lifestyles and into righteous living, out of the broad path and into the narrow path that leads to God. Answering God’s call means doing what He requires, saying what He has commanded, and going where He says to go—not in a direction that pleases self.

As we shall see in the life of Jonah, running in the opposite direction of God’s will did not relieve Jonah of his responsibility or obligation to God. It never does and never will. To God, we are always responsible.

Cruising with Jonah is about a forgiving God who is concerned about a wayward nation. To address His concern, God selected Jonah and sent him forth. However, Jonah decided to take a cruise. Not to be out done, God commanded a great fish, from the deep, to serve as an incubator while the prophet reflected on his helpless condition.

Cruising with Jonah highlights a prophet who not only abandons his responsibilities by running from his divine commission, but also harbors resentment when the Lord acts graciously toward those who repented and found their way back to Him.

What made Jonah, a man of God, run from God? What makes anyone run from God? An even better inquiry would be this: Can anyone truly run away from the very presence of a God who is omnipresent—who is everywhere at the same time? Like all who try, Jonah had his reasons— reasons we will examine as we cruise with him and the Lord on a voyage of hope.

DR. CLARENCE TALLEY, SR. is Pastor of the historic Mount Corinth Missionary Baptist Church in Hevenly Hempstead, Texas. He is also Professor and Director of Art at Prairie View A & M University. Dr. Talley has four earned degrees in Art and in Theology. He is a visual artist, a Fulbright-Hayes Scholar, and author of several books and monographs.

Dr. Talley and his wife, Carolyn Ann, reside in Prairie View, Texas. They are the proud parents of Clarence Jr. and Crystal Ann.