A Place of Surrender 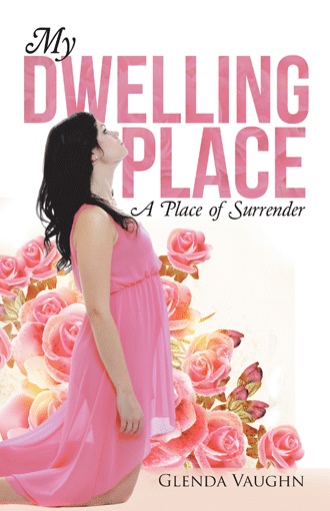 I have had nine surgeries, six miscarriages and four live births. Both feet have been broken and both arms have been broken one of them twice. One of the discs in my neck was broken and had to be fused. I have known pain all too well. As many times as I have been put to sleep for surgery I have never dreamed during a procedure. I'm sure the experience during that surgery was not a dream either. Whatever happened whether I died or not during that time has never been important to me. I never asked the doctor. Granted, he probably would not have believed me if I had told him what happened.

Scripture says to be absent from the body is to be present with the Lord. I was in His presence.

I remember walking and coming to a small dark space, a small divide. It seemed to be about two feet wide and I just stepped over it onto a long road that was like glass. It looked as if it were lighted from underneath. It was glistening and sparkling like liquid gold. The road seemed to be enclosed on either side by what appeared to be glass. The darkness was outside the walls. I was alone but sensed that I was walking toward a peaceful Presence. I could hear Christy, my youngest daughter saying, "Mama don't go." "Mama don't go." I could also hear my Mother calling, "Glenda come back." I never turned around. I couldn't seem to stop and was totally focused on what was ahead. I kept walking until I entered a room outside of God's throne room. Everything was so bright. It was like many suns shining all around. I could see into the throne room but only the bottom portion of God's throne was visible. The light was so bright that I could not see His Face. It was such a peaceful place. I wanted to stay but I wanted to be with my family also. It was as if God were letting me decide if I stayed or went back. God was conversing with me but no words were audibly spoken. We were communicating mentally or spiritually. The words that I heard have stayed with me all these years. He said, "You can go back but you can't stay for long." It has been over twenty years so apparently my concept of time is different from His. I have never doubted this experience. It may sound insane or like a dream but all I know is that it was a "living experience." Heaven was alive with the purest gold and light that I have ever seen. Peace was almost tangible. Communication was love in the sweetest sense. It was a while before I shared this experience with anyone. I wanted to savor it and keep it close.

Eventually, I did share with a few friends. They just laughed and said that I must have had some really good drugs before surgery. They were so wrong. It was real and I've been homesick for heaven ever since then. There is no fear. Regret would come only from leaving my family and friends. It was a sacred experience that still gives me comfort and peace.

This book was written to exemplify the greatness of God; without His loving mercy and grace, I would not have survived my life experiences. He has brought me through four cancer scares, abuse on many levels, and healed my ex-husband from an inoperable brain aneurysm. He has also healed all my children of serious illness, including a tumor on my son’s head. He brought me out of severe depression, addiction to prescription drugs and so many other things. My Dwelling Place tells the story of the God who is the Master of my fate and in whom I have learned to put my trust. Blessed be His holy name.

Ms. Glenda Vaughn is blessed to be the mother of two daughters and two sons, grandchildren and great grandchildren.

She is a Country/Gospel Artist and songwriter in Nashville, Tennessee. She is Co-owner of “Our Destiny” Music Publishing, “Americas Music Magazine” and “Donovaughnlee (Tin Star Media)” with partner Ricky L. Gooden. Together they sing under the banner of “Saints and Sinners Duo”. When she sings alone it is by the name of Glen Vaughn.