The Spectacular Rise and Catastrophic Fall of Three Liberian Presidents 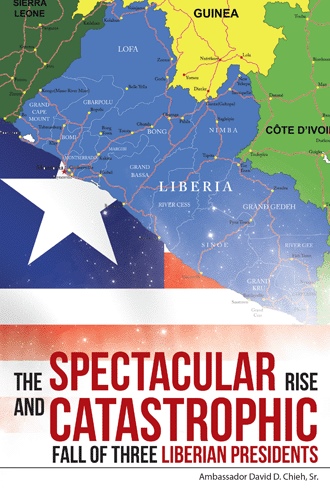 In the tiny country of Limbakar, there arose a dramatic transformation of the government, the first in its history. Twenty-four hours after this gruesome change, two private soldiers were attracted by the array of posh cars lined up in the parking lot; they took a close look into the cars which had their keys still in the ignitions and their doors unlocked. Compelled by their curiosity, they entered two of the cars; the first turned the key, and the engine started; the second did likewise.

The first pushed the gear forward, while the second pushed the gear in reverse. Both cars were in motion. The first rolled forward, while the second rolled backward. Both cars moved uncontrollably in a merry-go-round scenario, and the bewildered soldiers were unable to manipulate the cars but barked orders at the cars to halt. But the cars were not attuned to taking orders. The cars only stopped after an explosive crash into the parked cars, causing a giant inferno from which both soldiers escaped unhurt.

The adjutant rebuked the soldiers for their downright indiscipline, but they replied, “The cars disobeyed orders to halt and ought to be court-martialed.” The adjutant ordered the soldiers locked up for life, because even their lifetime pay would not cover the restoration of the value of the spectacular posh cars, which their irresponsible action has brought to a catastrophe.

The author was born in Grandcess, Liberia, in 1934. College education: College of Technology, Yaba, Lagos, Nigeria. He has held three ministerial positions at the Ministry of State for Presidential Affairs. He was appointed Liberia’s ambassador to Nigeria, Benin, and Togo, 1984–1991.