The Promise of God 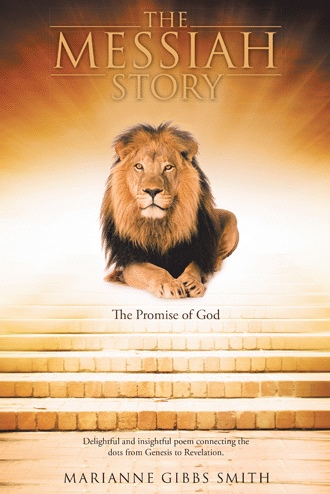 In the beginning God created the heavens and earth;

Then God’s word came forth with power and might,

As He declared, “Let there be light!”

He spoke into existence all things that be;

He brought forth the sky, the earth, and the sea.

God made everything for specific reasons;

He made lights in sky for signs and for and seasons.

By His Word He created the moon and the sun;

The animals and plants; and when He was done,

He created His masterpiece to finish His Plan,

In His own image, His masterpiece, Man.

Male and female created He them,

Forever to be companions to Him.

The man’s name was Adam, and Eve was his wife;

God planned for them a beautiful life.

And gave Adam the seventh to rest and to praise.

In the beginning God created time, so to speak;

When He was done, He had created the week.

God created Adam in the most interesting way:

He formed the man right out of the clay.

He breathed the Breath of Life into his nose;

Adam came to life from his head to his toes.

He named all the animals, the beasts and the birds.

He performed this job with perfect dispatch

And saw that he did not have a match.

When he fell asleep, God took a rib from his side,

And He formed the woman to become Adam’s bride.

Adam said, “I am no longer alone!

She is flesh of my flesh and bone of my bone.”

The stones and his sling were all that he took.

Goliath cursed David because of his youth.

“You come to me with a spear and a sword,

But I come to you in the name of the Lord.

I will smite you and cut off your head.

Wild animals will feast on all of your dead.”

David then took a stone and slung it around.

The stone hit his brow, and Goliath fell to the ground.

With the giant’s own sword, David cut off his head;

This time it was the Philistine army that fled.

Elizabeth, now being six months along,

When she saw Mary, burst forth as in song,

“Blessed are you and the fruit of your womb;

My babe leapt inside as you entered the room.

Blessed are you because you believed,

And all that was spoken shall be received.”

Then Mary burst forth and began to relate,

“The Lord has regarded my lowly estate.

Now all generations shall call me blessed,

For I have been chosen among all the rest.

My soul rejoices in my Savior and Lord,

For He lifts up the humble and scatters the proud.

The Lord gives to Israel the mercy they need

As He spoke to Abraham and his blessed seed.”

There was a rich man who was splendidly dressed;

He lived sumptuously and had only the best.

A beggar, named Lazarus, lay by his doors

Begging for scraps, while the dogs licked his sores.

One day both the beggar and rich man had died;

Lazarus’ soul was carried to Abraham’s side.

The rich man’s soul went to the place of hot fire.

He called out to Abraham, “Please grant my desire.

With a drop of water from his fingertip.”

The answer he got was so hard to bear,

Besides, the chasm is simply too great;

It is impossible to cross over the gate.”

The rich man then begged, “Let Lazarus be sent

To warn my five brothers of this place of torment.

They’ll surely believe one who returns from the tomb.”

“If they don’t heed the prophets and all they have said,

They will not believe one who returns from the dead.”

Which put the Pharisees right in the middle,

“Who is the Christ; whose son is he?”

Jesus continued, since they were all in accord,

“But in the Psalms David calls Him his Lord.

If he calls Him Lord, how can the Christ be his son?”

The Pharisees were completely undone.

From that day on they had no more to say;

They would have to stop Jesus some other way.

Jesus is Truth, and Truth is not blind;

When Jesus saw evil, He spoke His mind.

Jesus saw the religious for what they were,

With their long-tasseled robes and hearts so impure.

“Woe to you Pharisees, you religious fakes,

You whitewashed tombs, you brood of snakes!

You claim to lead the people so well;

Instead you are leading them right into Hell.

At your hands all the prophets have died,

And you walk around full of self-righteous pride.”

Then a door to Heaven opened so wide,

And John was invited to enter inside.

There sat God on a throne, encircled with light,

There was a rainbow of emerald and magnificent color.

All bowed down in praise, giving God honor.

The time had now come to open the scroll,

But no one was worthy who could unroll.

John started to weep. Then the elders said,

“Here comes the Lamb that arose from the dead.

He’s the Lion of Judah, heir of David, the king.”

When the Lamb took the scroll, they started to sing,

The bride now awaits, not knowing when,

The Messiah Story captures the essence of the Bible from Genesis to Revelation starting with “In the beginning God” and ending with “Even so come, Lord Jesus. Amen.” Written initially for a Christmas pageant, this poem took on a life of its own. With just the right detail, The Messiah Story clarifies the time sequence and relationships of major Bible characters. It covers prophecy, its fulfillment and the yet-to-be fulfilled. In the process basic spiritual law is woven throughout. This book may be just the ticket for anyone who is curious about the Bible or wants to get a handle on the basics. Those who are well-versed in the Bible will find delight in the simplicity and integrity of this work.

This poem is suitable for all ages. It is perfect for family devotions or a Bible study in your home or church. It is like reading the Bible from cover to cover, only in concentrated form. Although this poem is presented as one continuous story, many events, parables, and topics stand complete on their own merit.

Marianne has worn many hats, as a student, a wife, mother, grandmother, a business owner, and an ordained missionary living in Belize for thirteen years. This book was God’s gift to Marianne. Now she wants to share the blessing with others.

The content of The Messiah Story is taken from the King James Version and the New Living Translation of the Holy Bible with the permission of Tyndale House Publishers, Inc.

Marianne may be contacted through her email: messiahstory@yahoo.com