The Mysteries of Creation Unlocked 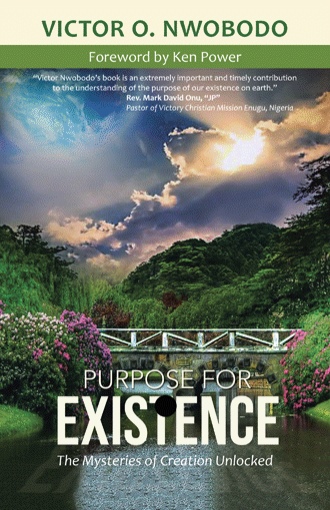 There lived a great, renowned Artist at a distant Island who was exceptional for his legendary artistry and groundbreaking creativity. This Artist was remarkable in that throughout history, no one ever tended to compete with his achievements. At his leisure, he would design variety of artworks, all having classical variations and touch of masterpiece. He built a pretty spacious gallery where he often archived his artworks. He did his work with delight and enthusiasm, though no one ever visited his “museum” to view (and get to appreciate) his creations. He was wise, wealthy, and graced with multi talents. But he had a problem actually. And this problem was the fact that he lived in complete isolation all his life. There was no other figure living in that his island of isolation. Hence there was no one to talk to, relate to, share his loving nature with, or even entrust his heart worries. This lack proved to be a great deal of problem for him. He pondered a workable solution, at the end of which he came up with a brilliant idea. His idea? Whereas he had already built a good home, and equally a nice, sparsely spread gallery, he would then create a “sculpture” that looked exactly like himself. His objective was to achieve a companion. So if there would be one, it was wise to his credit for it to look like he did, hence initiating the concept of familiarity and match-worthy harmonious communion. He employed a great deal of care while designing this replica of his, with mastery and precision in detail after detail of the “physiological complexity” of his replica. When he was finished, the image was still a mere sculpture, with no animation or form of life. Hence as it lay helpless, the great Artist got busy creating a programmed microchip that would serve as the memory bank of his replica, as well as its animating device. From his own intellect he harnessed an awesome degree of intelligence and computed it into the microchip. He further opened a portal in the brain socket of his replica, implanted the chip and closed up the portal, and the lifeless image became animated. The Artist was so full of joy when on testing the capacity of his replica’s efficiency and potential, he discovered it was working according to the entire essential program he had wired within him. The replica could now walk, talk to him, spend time with him, go on errands, and even eat some food! He made sure he spent his entire leisure time with this replica, and made every moment shared worthwhile with deep, affectionate intimacy. Most evenings he would leave the comfort of his wonderful home, his estate, and come to spend time with his replica at the home he built for him within the jungle. He came to love this replica of his, so much that he vowed to give away anything it would take to ensure the preservation of his only companion, his greatest delight. But along the line, something really bad happened. There suddenly developed a devastating malfunction in the brain circuitry of his replica, which resulted in a serious behavioral damage. He suddenly became unaffectionate, repugnant, indifferent, rebellious, and a direct opposite of the essence why the Artist built it in the first place. The Artist got disappointed and saddened. This wasn’t what he expected, of course. But having deeply loved this replica of his, he was willing to do whatever it would take to retrieve him back to normalcy and fellowship. And what was needed for the cure of his replica’s dilemma? A portion of the Artist’s brain would be extracted, converted to a version it would now suit the brain mechanism of the replica, as it would now serve much better than the programmed microchip. It was a risky venture for the Artist, of course, a matter of life and death. There was all likelihood he wouldn’t come out the same after undergoing surgery, which he intended to carry out himself! And that increased the risk. There was no other being present in that island who could have aided in the surgery. But having loved this replica so much, he opted to take the risk. This is unbelievable. Yeah, but guess what: surprisingly, he made it out alive and completely sound. He would now restrain his stubborn and insane replica, and subject him to the surgery that would earn him total recovery from his ailment. Having applied anesthesia, he engaged in the surgery. Now the surgery has been carried out and completed. But the replica is yet to wake up from his sleep….

In this book, Victor Nwobodo captures the Christian faith in a whole new light, where facts and faith unite to illuminate the veracity and timelessness of God’s Word.

In the first part of this series, Nwobodo demonstrates how God’s Word can be examined and validated with scientific, historical, and archaeological facts. More important still, he established the validity of human existence—why we are here. He also points out major areas where the church has been wrong in doctrinal stance and ways to avoid such debilitating approaches.

“Religious dogma has always been a snare to men of true faith, and scientific ‘truth’ had always proven susceptible to the discoveries of succeeding generations. But Nwobodo has effectively pointed out that the data of science and the actual words of Yahowah’s Scripture are not at odds. Rather, they support and illuminate each other; and together, they reveal the beauty of the Creator’s plan and purpose in ways few of us ever thought possible.” Ken Power; Author and Bible researcher, Palmyra, Virginia, USA

“The author, a celebrated and acclaimed teacher, evangelist, an academic champion who comparatively belongs to the intelligentsia group has proved his academic, theological and philosophical worth in this book. Buy it, read it and keep it as a reference material.” Chike Ndife Chief Editor SNAAP Press LTD, Enugu, Nigeria

Victor Nwobodo is a youth evangelist who aims at uniting the body of Christ in one fold and purpose—preparing them for the return of the Messiah. He’s an expository teacher who has taught in churches, schools, campus fellowships etc. He is the son of Mr. and Mrs. Godwin Nwobodo—the youngest of six siblings.