WHEN THE BRIDE IS SILENT 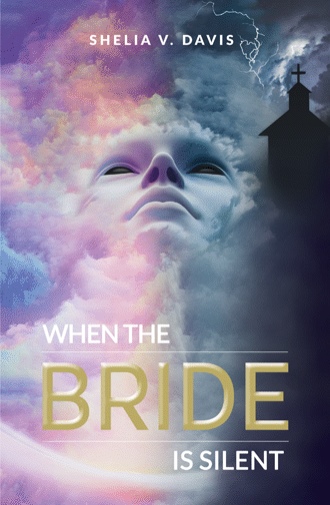 God is a God of action. When He observed the state of the world, He was moved to act. As stated previously, “And God said let there be…” God set a precedent about how we are to respond to disorder. God SAW, God MOVED, and God SAID.

God has an established blueprint of how things are to look and operate. When God looked upon the earth, what He saw did not match up with what He wanted, so God spoke into existence His desires “LET THERE BE.” “Thy kingdom come Thy will be done in earth, as it is in heaven” (Matthew 6:10). Remember. “Death and life are in the power of the tongue: and they that love it shall eat the fruit thereof” (Proverbs 18:21). God’s words destroyed the darkness and disorder in the garden and birthed an environment that was not just better, but God said it was good.

God’s Bride possesses the same ability to bring about change in her environment. She can shatter the darkness and bring order to disorder. We must remember we were created in God’s image and after His likeness; so, like God, we have the power of death and life in our tongue. Most people at one time or another have said the prayer located in Matthew 6:10, commonly known as “The Lord’s Prayer.” Jesus said “In this manner therefore pray,” but most people repeat the prayer verbatim, not giving much attention to the actual words. “Thy kingdom come; Thy will be done in earth, as it is in heaven.” How will the Kingdom of God and the Will of God be done in the earth? We will only experience this through the release of His Word in the earth. The Will of God is the Word of God manifested. As God called into manifestation what He desired to see in the Garden of Eden, He has blessed His Bride to do the same. It is God’s desire that HIS Will be manifested in earth as it is in heaven. When we the Bride observe anything contrary to God’s Word, we can speak His word and call forth His Will.

What is your reaction to the destructive forces operating in your sphere of influence: in your life, home, or community? Are you passively waiting for deliverance to come in the sweet bye and bye? Have you relinquished the battle over to your pastor and prayer warriors? What would you say if I were to tell you that God is waiting for you to follow suit and begin to speak death to everything contrary to His plans. God is waiting for you to begin to speak to those circumstances fighting you. Don’t fret about what you see, but instead, speak life to what you don’t see. Be like God, dare to say, “LET THERE BE…”

As you continue laying the foundation for your new voice; you will find in Genesis your GOD-GIVEN AUTHORITY to carry out this awesome anointed assignment.

Are you wondering: God, what is going on in the world? With so many things changing, there is still one answer that has remained the same: Jesus … the way, the truth, and the life. This book deals with the inconsistency of the Church to speak out against sin. This book will challenge and help each reader to step up and release God’s Word into every situation; to bring Jesus, the voice of change, which will allow God’s kingdom to come and God’s will to be done in earth as it is in heaven.

Shelia Davis has been in training since the time she said “Yes God,” as a young teenager. She served seven and a half years in the US Army as a company commander training and developing young recruits. This time also provided her great insight into studying and understanding the importance of warfare—purpose, plans, and strategies. Her position as a social worker has equipped her with the sensitivity to minister and assist people from multiple arenas: sexually abused (molested and raped), addicted to drugs or alcohol, homeless, and all ages who are abused. Shelia and her husband began pastoring in 1993. As a pastor, God has blessed her with wisdom to incorporate all her training into ministering and encouraging His body. On June 23, 2012 Shelia began her own test with the passing of her husband and senior pastor and co-founder of the church. During the past three years she has consistently stood on God’s Word and released God’s will into the lives of her son and congregation. God has equipped Shelia with a firsthand experience to know how to speak His desire for her life and not focus on what her environment is speaking.