The Three Princes of God 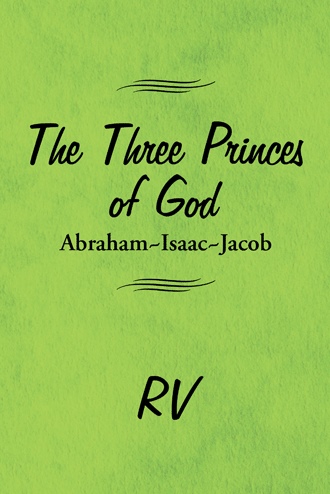 THE ENCOUNTER OF ABRAHAM WITH GOD

In one of the walks that Abram took if happened, God called him…”Abram, Abram!”

Imagine the terror in Abram’s heart! And he said,”Ohhh, my goodness, what was that!!!” Abram was quiet and very still, he placed his hand over his face and waited. God called him again, “Abram, Abram!” Than Abram thinking to himself said, “I wonder if this is one of father’s gods? No! It couldn’t be, those idols don’t talk.

They are men made! I have seen my brother and my father buy those things from the pagan-market. Some even fall to the grown and break and for sure they don’t get up!! Ha-ha-ha-ha. But wait, than who call me just now?” Again the voice came back, “Abram, it is I Almighty God, who made the heaven and the earth!” “Wow!!” Said Abram, “A real God?” Abram was now more terrified and wonder if this real God would punish him-after all, his family had worshipped idols for years.Than the voice came yet again saying, “Abram.” Delighted that the voice came back, he fell to his knees in total surrender. As God continue to reveal Himself to Abram, Abram understood and his search was over. It was the real God he needed! He ran to Sarai and woke her up, (For Abram had spent most of the night with God) and said, “God found me where I was!! As the sun rose you can hear Abram and Sarai laughing and rejoicing because, Abram told Sarai all the wonderful things God had for them, and of all the wonders of God’s glory. Abram was ecstatic couldn’t believed how bless he was hearing from God.He would tell Sarai, things like, “Sarai, you should have heard Him, ahhh… He is awesome! He talked to me just like I talk to you. I’m telling you Sarai, I never in my life felt such peace and comfort; I was overwhelmed by His presence!! I couldn’t understand what was happening to me but I didn’t want it to stop.” They both laughed.

Abram tried to explain what had happened to him to his father and his brother Nahor, but all he heard from them was mockery. His father even commented saying, “Son, maybe it was one of the gods we serve trying to tell us something through you.” Abram stood his ground saying, “No, father, this was not one of your gods!” His brother Nahor sneered and walked away in discuss. But Abram’s father said, “Son, I haven’t seen you this happy and content seen you were a little boy. Perhaps this is a personal god that wants to communicate with you. All I know is that we all have personal gods.” Abram said, “Father, this God that spoke to me is the real God of the heaven and earth. He said that He was the only God and that there’s none other. He said that He created everything there is and all belongs to Him.

Father none of the gods I served in the past or you have ever spoken to either one of us, and you know that.”Abram’s father paused for a moment as if he were to say something, and Abram in his thoughts, said, “Finally, my father will understand and listen to the truth and give up his gods and….” But his thoughts were interrupted. “Son, his father said, let’s put it this way, you have your God and I have my gods.” And he walked away.

What does God require? A humble heart, a willing spirit, and a life that He can control. God called Abraham to be His chosen vessel. And from him came Isaac and Jacob, and Jacob became Israel, from whom the Messiah was born. Through the obedience of one man, God accomplished what He wanted.

He loved His creation too much to let them be, so he came down and rescued his chosen ones from their own self destruction. God Almighty called Abraham when he was a pagan, deeply involved with the cult of his father’s era. He desperately wanted to get out, but that was his culture and attempting to escape would have left Abraham with nothing. His father owned everything and was in control of Abraham’s life. And if he left, where would he have gone?

How about you? Are you trying to escape from the One that can give you what world can’t give you?

The Bible is my inspiration. I took a journey with my Savior and He has guided me to write this book to let others know how much He loves us. God is serious about saving souls, for it is said in John 3:16, “For God so loved the world that He gave His only begotten Son, that whoever believes in Him should not perish but have everlasting Life.”

A grandmother of two, RV is not a writer but loves to write. She wants people to be encouraged to do their best in life, no matter how difficult it may be. She wants readers to know that when you want to do something for God, He will help you.