Bible Stories to Hear and Touch 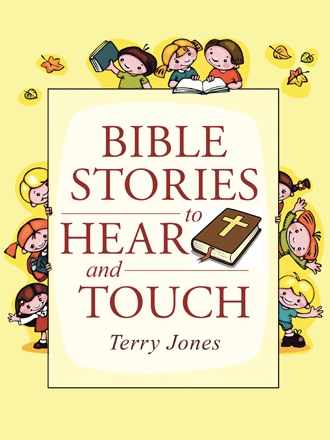 God’s World Just for You

In the beginning was God. The world as we know was a huge, shapeless mass with no light or living creatures. It was in total darkness with vapors of moisture covering the entire surface.

On the first day, God separated the darkness into night and day. Day would be the source of all life. He was pleased. Knowing the world was covered with vapors, He separated them to make the top part sky. He had made day, night, and sky, completing the second day.

God realized the remaining vapors needed to be separated again; they became land and sea. All sorts of trees and vegetation grew on the land. The third day had ended. God made a bright light and named it the sun, and the lesser light, the moon. In the heavens, He put all the stars that would brighten the night and also control the seasons— winter, spring, summer, and fall—all the seasons we enjoy today. This marked the end of the fourth day.

Bible Stories to Hear and Touch contains many stories and simple crafts to be used in teaching children well-loved Bible stories from the Old and New Testament. These stories are short and the crafts simple, which can be used for home activities, Sunday School, Vacation Bible School, or the Christian classroom. Supplies for crafts can be purchased at minimal cost and will stimulate the learning of stories such as "Jonah and the Whale," "The Tower of Confusion," and "A Blessing from God," with the birth of Jesus. Learn to read the story, tell the story, and then create the story.

Terry Jones has been working with children in church and Girl Scouts for over forty years. Her love of children and activities is very evident in the creative ways she teaches. She is a mother of three, a grandmother of five, and lives with her husband of forty-six years in Attala County, Mississippi.