The Kingdom of the Vanished 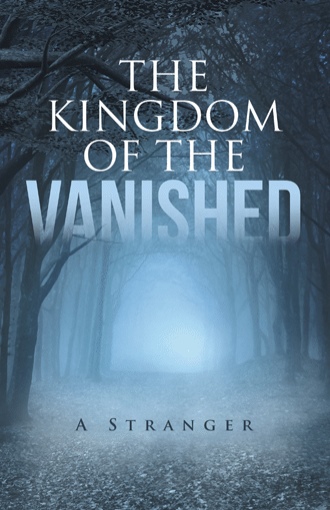 There was no meaning, no real love left on earth. He told himself to stop thinking.

He got in his black Jaguar and roared out into the evening traffic, which snarled its way through the city. The cool air felt decent. He laughed. The only decent thing he’d felt all day was cool air coming in his car window.

After half an hour the car wound around and through a neighborhood of expensive homes. Most had no lights on. Many had been ransacked months ago. He pulled up to his home. The hairs on the back of his neck stood up. Something was different. He couldn't tell what it was, but he felt it. His hands trembled as he steeled himself to go inside. Had he been robbed again? There was no one to call for help. No police force that anyone trusted was left.

He thought about staying in the car and driving to his” sweetie’s” place, but something inexplicably drew him to the house. Cautiously he got out and fingered the house key in his pocket, but the door fell open to his touch. It was dark.

He spoke and the entryway lights came on, illuminating antiques, crystals, and Persian rugs. He spoke again and the wide sweeping stairs lit up as well as the second story. He felt himself drawn to the library. As he stepped through the house, lights went on before him. He entered the spacious vaulted room lined from floor to ceiling with shelves filled with books.

There's something different about the desk, he thought. He approached the large mahogany and marble desk. Now at the sight he began shaking.

Hovering above a sheet of paper was a pen. As he approached the pen began writing on the paper-

“You have been judged and fallen short. This very night, what you have will be taken away. There is a way of escape, once rejected, now your only hope. Trust.”

The pen fell onto the paper, and Ted fell to the floor weak with sheer terror. His thoughts raced. What was happening? What was about to happen?

Ted felt the warning was absolute, and so after crawling to the door he got back in his car still shaken. He backed out the drive and took off. As he looked back in the rearview mirror he could see three men enter his home. He drove faster looking both forward and backward. Suddenly bright flames shot up from his house, followed by a loud boom. Shivers ran down his spine, and after traveling another few blocks he had to pull over. No one had followed him. He was drenched with sweat. He could not think. Everything he owned was now in this car.

He flipped on the overhead light to take stock of what he had, a few books, a briefcase, and a half bottle of water. That was about it. Then a small piece of folded paper caught his eye. He didn't remember this. He unfolded it.

What will life be like for those who reach time’s end? When there is no privacy, how can people vanish? When persecution is everywhere, how is escape possible? Within these pages are the stories of those who are despised by society and government. Their stories recount how they managed to evade tyranny by exiling themselves. They have entered the kingdom of the vanished.

The author of this book is a stranger on the earth, one who does not belong and is seeking a better place.