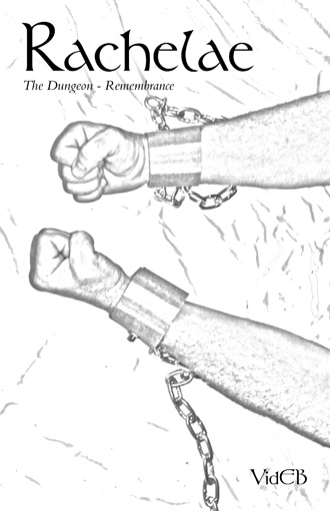 They were gaining on him with every passing second. He knew he must hurry, but was unsure of where he should go. The dogs were not far behind and the men were eager to end the chase. How could this have happened? The kingdom was being torn apart and the one responsible was unknown. The woods were dark, making every step unsure. He could now hear the river up ahead and began to take hope. If he could just make it to the river he would have a chance. Running as fast as he could in the dark, he began on the downward drop just before the river. Now even more unsure of his footing, he proceeded with more caution. With the dogs and voices growing louder he knew they were just seconds behind. The river was his only chance. Fear gripped him tighter. Thoughts of not living through the night filled his mind. Just then his foot slipped and he rolled the remainder of the hill, meeting a large rock at the edge of the river. The back of his head hit hard as he fell in the shallow of the water. The water around him grew murky as blood oozed from the laceration on the back of his head. The dim light of the moon seeped through the branches above spreading a shadowy light on his unconscious face.
“There he is!” a man shouted.


The door to the dungeon creaked opened allowing torch light to shine on the face of a prisoner. By the looks of him, he had not been there for long. He was dirty and unkempt, but healthy. He was well built but not a big man who looked to be in his young twenties. His hair was brown and straggly down to his shoulders and had what looked like two weeks or so of whiskers. Squinting his brown eyes into the light, the young man could see nothing but the shadow of two men carry in another man. He watched as the two men chained the new prisoner to the wall next to him.
“This will hold you until we know what to do with you,” one of them said after they chained him.
A third man stood at the door and waited for the two to exit the room. He paused for a moment, then exited the room also closing the door behind him. It was obvious the new prisoner was injured but how bad was not known. The young man moved a bit closer to take a better look, but the pale light was not enough to see the new prisoner clearly.
“Are you alright?” the young man tentatively asked as he gently shook the limp body. There was no response. He could hear faint breathing from the man, ensuring that he was still alive for the time being.
Before light, the stirring of the new prisoner awakened the young man. Looking up, he saw the man sitting, checking the back of his head with his hand. Feeling the blood in his matted hair, along with the scabbing flesh of his head he spoke. “What happened to me?” he asked in a weak voice.
“You have been taken to the dungeon of Rachelae,” the young man answered.
“Dungeon . . . why?”
“That I do not know.”
“Who are you?” asked the new prisoner.
“I am Videon,” the young man said quietly. “It is fortunate you are weak. The weak seem to be treated better here than the strong.”
Barely understanding the information he was receiving but fully aware of his splitting head and aching muscles the prisoner asked, “Who am I?”

Galleon awoke with a piercing headache chained to the wall of the dungeon of Rachelae. He quickly realizes that he does not know who he is or why he is here. He soon learns the man next to him is his brother and sent here for trying to kill his king. As his memories slowly return, he remembers the woman he loves and his brother, but confusion clouds his thoughts causing only one thing to feel right. His brother is innocent. Was Galleon guilty of trying to kill his king? Was he sentenced for another crime? Did the woman he loves betray him? He is left alive for now but only until he remembers the truth. The Dungeon – Remembrance is the first book of a four part series of Rachelae.

VidEB is a graduate of Parker College of Chiropractic, now Parker University. He is a native of Arizona where he has lived most of his life. He is currently practicing as a doctor of chiropractic in the Phoenix area where he lives with his wife and two children.