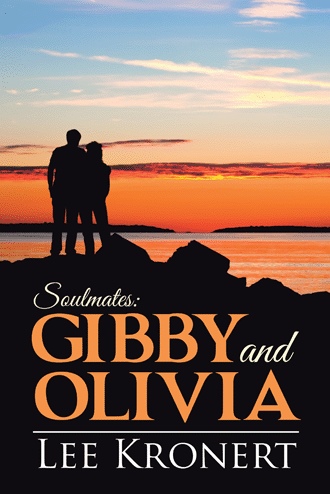 “I met her seventeen years ago in Fort Lauderdale, Florida. For some stupid reason we agreed not to exchange names or addresses. It was the biggest mistake of my life! I fell in love with her that night and seventeen years later, even after being married and divorced; she is still the love of my life.”

“Did you ever try to find her?”

“How?” Tyler’s tone revealed some of his frustration. “Just recently I hired a very expensive private investigator, hoping that she could locate my girl in the black dress.”

“Oh, so she was wearing a black dress that night?”

Megan remembered. Back at the motel she couldn’t decide what to wear on their last night in Fort Lauderdale. She liked the black dress but it wasn’t until Peggy told her how perfect it was that she relented and decided to just wear it. Oh, and what else did her friend say to her? ‘If you wear that dress you’ll meet your dream man tonight’. Wow! Megan had forgotten that.

“Well,” the caller continued, “so far the investigator I hired has come up with nothing.”

“How could she?” Desiree interrupted. “What does she have to go on?”

“I have a photograph of her," Tyler quickly explained. “I’m a chiropractor and she must have found that out somehow because she showed up at one of my seminars to find me.”

“Wow! This is getting very romantic.”

“But it just so happened, that I left the seminar early and missed her. A friend of mine took the picture and that’s all I had to give the private investigator.”

“So you have a photo, but no name, address, or anyway else to identify her.” Then Desiree added a remote possibility. “Do you think she’s listening to the show right now?”

Yes! Megan wanted to cry out loud enough so he could hear. She is!

“I pray to God that she is.” Tyler sighed loudly enough for the listeners to hear. “And if she is,” he was hoping to find the right moment to share his idea and reason for calling, “I want her to know that I love her and want to see her.”

“So,” the host pined, “you only met this girl once, but you claim that she is the love of your life. Tell me why you feel that way.”

“Tell me why," Megan whispered aloud.

“I felt so comfortable with her," Tyler began. “I was the real me the entire time I was with her. I’ve never been able to do that with anyone! It was the one night in my life where I could be myself completely. It was like she belonged to me. We were meant to be together. She was my soul mate and the one person on earth that I just knew I could trust my entire life with. In one incredible romantic evening we were one! Being with my beach girl gave my life meaning. Maybe it was only a single night, and that might sound a little hokey, but sometimes a guy knows that he knows that he knows!”

“I see that you have not given up trying to find her?”

“Actually,” Tyler did call for a reason, “I’m hoping that she’s listening or at least someone who knows her is listening, someone who would contact her, because I have a plan.”

“On the Labor Day Weekend I will be attending a chiropractic seminar in Miami.” While he spoke, Tyler also prayed. “That Saturday night I’m going to go to the place we met at in Fort Lauderdale called The Sandbar. I am going to hope that somehow you find out about this radio program. I will wait for you in the back of The Sandbar between eight and ten o’clock. I will sit in the same place we sat seventeen years ago.”

“You?” Desiree could barely contain a laugh. “You’re talking as though she’s listening.”

“Do you hear that, Beach Girl?” Desiree spoke to her unseen audience. “If you’re really listening, you have a man here who loves you and wants to meet with you again.”

Megan could hardly contain her joy. On Labor Day Weekend she would be going to Fort Lauderdale, Florida and be standing in the back part of The Sandbar. In just three short weeks she would be with him! She wondered and hoped that the same table they sat at seventeen years ago would be empty for them. Well, she didn’t hope the table would be empty exactly. Megan fully expected to see this Tyler Gibbons sitting at that very same table waiting for her.

“And do you have a song you’d like me to play for your dream girl?”

Even though she was thoroughly enjoying this particular phone call, Desiree saw the waving arms of the program director indicating that other callers were waiting.

“I would like you to play ‘I Only Have Eyes for You’ by Art Garfunkel.” 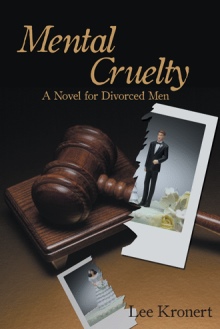 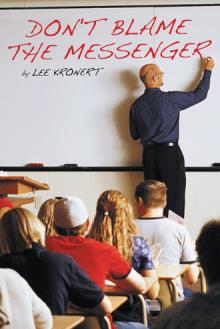 Gibby and Olivia is a story about two lovers who are separated for seventeen years. During their absence from one another there are marriages, children, careers, divorce, and even death. Yet they never truly forget about one another throughout the seventeen years of their separation. God always has a plan. Each of them experiences heartache and change; each does their best to honor their marriages, raise their children, enhance professional careers, and honor their lives by the Word of God. Author Lee Kronert shares a message of hope, health, redemption, and triumph as Gibby and Olivia takes the reader through a gamut of emotions until all is apparently resolved by a highly unlikely reunion. This story is not only entertaining but uplifting and filled with vital health information and a philosophy of life which reminds us that God is always in the driver’s seat.

Dr. Lee Kronert is a chiropractor, math teacher, and author from western New York. He is an advocate for divorced men’s rights. Lee is the father of three grown up children and his novels tackle issues such as divorce, health, and the problems with today’s public schools.