Orphan in the Storm 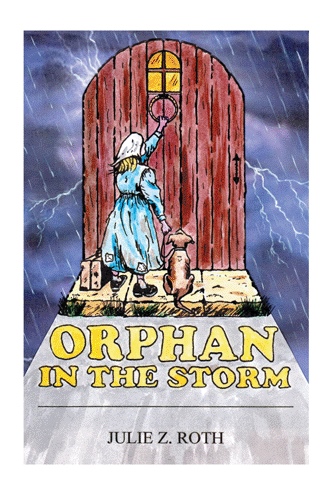 My story begins in Big Branch, Kentucky in a farming community in Letcher County. Big Branch was just that: a big branch, or wide creek. The closest town was about a day’s ride on horseback, the best way to travel in the branch, which also served as the only road to the area. Automobiles would bottom out on the huge rocks and ledges in the creek bed. The area was settled primarily by second or third generation “indentured servants”, known today as white slaves. My ancestors were children of Scotch-Irish descent who had no country of their own in what is now Great Britain. To survive, they worked involuntarily for the rich in England. They were brought to America by the British and remained in slavery until they were sold. For most, it was a blessing to be sold as slaves to the plantation owners in Virginia, North Carolina and Georgia because they had greater opportunities to escape and hide in the nearby mountains.

Once in America, my great-great grandfather escaped by joining Indians on a segment of the Trail of Tears as they were forced to leave their native lands with the passage of the Indian Removal Act of 1830. Although the routes of the Muscogee, Seminole, Chickasaw, Choctaw and Cherokee were directed northwest of that tiny area that joins Kentucky to Virginia, many including my grandfather, decided to make their homes in the treacherous terrain and protection of the Pine and Blue Ridge Mountains. My ancestors and the Indians lived peacefully with one another to survive and even thrive in the rugged terrain. Their only concern was survival. They even clung together against the Confederate Army whose soldiers would hide in the cover of the mountains and terrorize those living there.

My maternal ancestry began with these brave Native Americans and slaves, who came to America from many nations, although England and the British territories were the primary exporters then. Most of the ‘indentured’ were grateful to be free but the stigma of having to remain in hiding stayed with most of them for years to come. They knew little of the world outside those mountains. Two generations later, my Scotch-Irish grandfather chose to also remain in these mountains that he had learned to love. His inheritance was one of the most beautiful farms in the nation, which was rich in coal, gas, iron ore and oil. He was content living in this natural beauty with my grandmother, raising a family and tilling the ground. Grandmother’s beautiful long, black hair gave away part of her lineage. She passed on genes that may not have been accepted then, but today my family is very proud of our Native American heritage. By the time my grandfather settled in Big Branch, the enemies of the settlers were the rich, highly sophisticated thieves from the northeast who bought up most of the mineral rights for mere pennies on the dollar, deceiving the unsuspecting landowners with bribes and threats. It wasn’t until recently that I found out just how victimized my grandfather had become. Although it infuriated me, he was content with his life just as it was. He always told me he was the “richest man in the world.”

On one of those blustering cold days in January, three men were observed riding up the creek bed to the Kenton farm. There was an older man riding a beautiful horse that looked as though it should have been at the Kentucky Derby. He was accompanied by two younger men also riding handsome, well groomed horses that looked somewhat out of place for the area. The older gentleman’s name was Abner and he was accompanied by his two sons, Ray and Jr. My grandfather, Kenton knew instinctively that these men were trying to sell the horses, and he was definitely in the market to buy some. He needed them to till the high mountainous terrain where the soil was so rich that just about anything would grow there. Tilling with horse and plow was the only way you could reach the rich dark soil in those high mountains. Tractors were available at that time, but it was impossible to use them there in some of the steepest mountains in southeastern Kentucky.

My grandfather had planned to buy horses from someone and it may as well be from these men, although he had some troubling questions about their integrity and how they managed to get horses that of this caliber. It was January and spring would be coming soon, so the source of the horses quickly became irrelevant as the men approached and began to discuss their reason for coming. The conversation between them resulted in my grandfather eventually purchasing an entire new team of thoroughbred horses, but what happened between one of the young men and my mother is the reason for my story.

Mom was the younger of 2 daughters in this family of six natural-born children, along with one child my grandparents were raising. Whether naturally born or not, he was their son. He was born to Mom’s older sister and she was unable to care for him. During those days it was not acceptable to be fatherless unless the father had died. This was quite beneficial to me because he later became my surrogate brother and protector, although he was really my cousin. ; ; ; My grandparent’ tender love for him paid off richly. He grew up to become a handsome father of four beautiful children, and the senior vice president of an insurance company in Cincinnati, Ohio. He became a role model for me since few people born in that area and under those conditions ever had career aspirations like his. Most chose farming or coal mining as a profession and few ever left the mountains of southeastern Kentucky.

This is my own story of how I overcame unbelievable poverty and neglect. I was told by my dad that I wasn’t even worth educating, yet I managed to escape the torment of shame and guilt to become a top wage earner in the Information Age, and excelled beyond my own expectations in college. It’s the story of Dad’s death at only forty-one, leaving Mom with five children, two months’ pregnant with number six, a half-built house with no indoor plumbing, no water supply, a stick-shift Chevy that she couldn’t drive, a $2,000 life insurance policy, and nothing in the bank. It’s the story of how our Heavenly Father came to our rescue with one miracle after another to keep us safe and together when we, by all appearances, were destined to doom. It’s my personal testimony of the many supernatural experiences that have no other explanation than simply miracles.

Julie Z. Roth has been a very successful businesswoman in the telecommunications and information-technology industries. She earned her PhD at Vision International University in Christian Business Leadership, and is a founding member of the John Maxwell Team. She is currently owner of JZR Enterprises and is a speaker and business consultant.