In View of a Harvest

A Study of 1 Peter 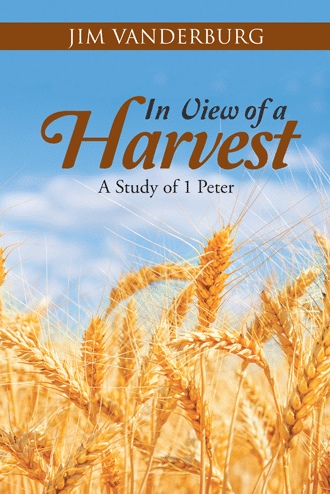 The First Epistle of Peter is unique because it addresses how we (the body of the Anointed One) are to relate to the hostile environment in which we find ourselves. Only 1 Peter and Revelation address this issue. All other New Testament writings concern themselves primarily with how we relate to the Anointed One and His body.

Peter speaks to this living in a hostile environment is this way:

"I will never forget that I am an American, fighting for freedom, responsible for my actions, and dedicated to the principles which made my country free.  I will trust in my God and in the United States of America."

At the time when Peter wrote this epistle, many Christians were beginning to suffer persecution and were in great conflict over authority structures.  As a result, many were beginning to capitulate and to collaborate with the enemy. The primary root cause: they did not know who they were as members of the body of the Anointed One. Two thousand years have almost passed, and they body of the Anointed One in America find themselves in the same situation. There is a backlash against the Christian church in this nation.  We have awakened and found that our hope is not in a political party or in the political processes. We suddenly find ourselves politically incorrect in an ever-increasingly hostile environment.

Many churches are lethargic, while others are enthusiastic in evangelism, strong in denominational dogma, but sorely lacking on vertical and horizontal relationships.  There are those segments of the body of the Anointed One which center on strong centralized church government. As a result, the sheep are victims of spiritual abuse. There is confusion in the Camp of the Anointed One over the issues of submission and persecution (suffering).

I believe that Peter has an answer for us in his first epistle.  We must first know who we are in the Anointed One. I am speaking of knowledge beyond our normal five senses. I am speaking of a knowledge that comes only from communion with the Father in His inner chamber.  A superficial study of 1 Peter will give us head-knowledge, some good clichs, and maybe some robust songs, but not what the Spirit desires. I can study all the commentaries and gain great knowledge and insight, but is that what our Savior wants to relate to me. I must pray over each study. I must meditate over every verse. I must be still and let the Spirit of the Anointed One teach me. I must be sensitive to His voice, and let Him usher me into the presence of the Father. And there, in His inner chamber, we can commune: I with him and Him with me. Only then can I know who I am in the Anointed One. The First Epistle of Peter is a pathway to His presence. Then I must use the anointing, gifting, and ministry, which the Father, Spirit, and Son has given to me and minister them to you–you, my brothers and sisters in the Anointed One.   However, I can only write down gleanings of what I have learned. You must enter the chamber for yourself.

At the time Peter wrote this epistle, many Christians were facing persecution. Early Christians found themselves engaged in constant conflict with authoritarian structures and, as a result, many began to capitulate and collaborate with the enemy. The primary root cause: they did not know who they were as members of the body of the Anointed One. Nearly two thousand years have passed, and the body of the Anointed One in America find themselves in the same situation. There is a backlash against the Christian church in the United States. We have awakened and found that our hope is not in any political party or process. We suddenly find ourselves politically incorrect in an increasingly hostile environment.

We must first know who we are in the Anointed One. This book is a verse-by-verse study of this epistle with a view to show us who we are and how we live.

Jim Vanderburg is a retired United States Navy Chief Petty Officer and a retired corporate professional curriculum developer and instructor. Throughout his life he has served in many churches in multiple dominations. Jim served as academic dean at Trinity School of Biblical Studies, Trinity Church International, Lake Worth, Florida. He is currently a deacon and a leader with Prime Time at Gateway Church NRH, North Richland Hills, Texas.

Jim first taught 1 Peter at a January Bible Study in 1983. He fell in love and has made a lifelong study of 1 Peter and taught it multiple times to many audiences across this nation.