By Him, For Him

Finding Yourself in the Heart of God 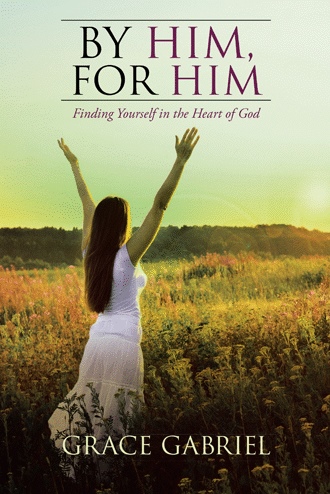 It’s finally a girl! Those were probably the words of my parents when I was born after three boys. Oh wait! My father was not present at my birth. Neither was he present at my brothers’ births. Now that’s an opening to a chapter. Anyway, I was born after 3 boys 7 years later. My eldest brother is 15 years my senior, my second brother is 14 years and the third is 7 years older than me. So you would think that I was spoilt and all that, right? Wrong! I was quite the opposite. Independence became my middle name from the age of 3.

My parents wanted a daughter for years and I was born last, but certainly not least. My name means ‘one with beautiful hair’ and then, as Indians always give their children ‘calling names’, mine means ‘singer’. How apt! Not so much the hair but the singing… yes.

Our home was what it was – a house with parents, children and furniture. Before I was born, they all attended ashram and temples together, while enduring the pain that was present within those four walls. Our home was even a temple at once stage with my dad practicing his trances and attending to people’s ‘needs’. Yes, it was quite an oxymoron because ashrams and temples are usually associated with peace and tranquility, but our home was not like that at all.

I remember snippets of ‘joy’ which was probably watching a television program together or fortunately eating supper together. I was taken care off by maids during the day, never let out of the house, ever! So I would just play the normal house-house and tea set games with her. Yes I had toys, few and far between. We were average, or maybe even, below average people, just getting by on all aspects of life… financial, spiritual, moral, etc. This was the first 3 years of my life. Everyone in their little worlds and then there was me, just present… there… alive. I was a child, innocent, untouched, pure thoughts, easily influenced and oh so teachable, and sadly enough, these surroundings became normal for me. The best part was that I was not interacting with other people as yet, i.e. friends at school, to compare lives and homes to. I had an extended family that knew as much as my mum would share with them. She’s Indian - she didn’t want people to know our business. So all in all, this was normal for me. Can you just imagine it? 3 years old and so impressionable, and this is what I was exposed to and blessed with. 30 years later and I still look back and remember the pain of not knowing what family means. Believe it or not – I still long for it and I still believe God can reconcile us one day.

A teenage girl started a journal years ago when she was saved at the age of fifteen. That journal, and many others thereafter, turned into her first book. Grace grew up in a broken home that lacked love, family, and a father, but she promised herself that she would have a far better future and take care of her mum. Even though there were many obstacles in her way and she made many mistakes, she was forgiven and strengthened by God and His amazing grace. She pressed through difficult circumstances to mature into a true daughter of Christ. She is the only one in her immediate family to complete high school and study further. She holds a bachelor’s degree in theology. She is blessed to be married to a talented entrepreneur and musician, and together they are recording an album of songs that they wrote before they even met and are also planning to travel the world sharing the gospel of Christ through music and the Word of God. Her motto is to never give up, simply because Christ never did. As the songwriter wrote, “You took the fall and thought of me.” Through the years of writing this book about her real-life drama, one thing stuck out and that was, why was she created? Finally it dawned on her—by Him, for Him alone!

Grace is an accountant by day whose passion is writing poetry and books and singing about the glory and faithfulness of God. She is married to a man after God’s own heart, and they live in South Africa until the will of God directs them further.