The Reality of Life 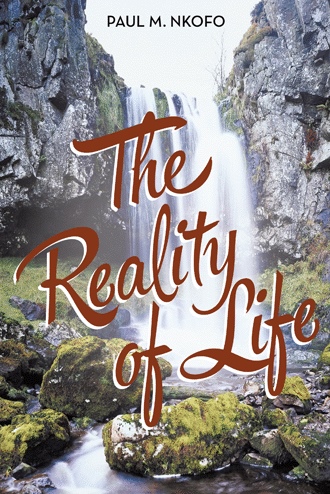 In the African wilderness, the matriarch elephant and her herd roam vast distances dictated by the seasonal changes in the landscape. Some in the group have just beheld glory through the arrival of a newborn. The strategy for protection against the elements breaks down as the daily survival pressure mounts. In the chaotic pandemonium of a siege by hungry lions, one of the newly born is exposed and killed. The journey is halted for some days as the herd mourn the tragic loss of one of their own in deep anguish. The pride and the cubs celebrate over what is to them a well-deserved meal.

In a distance the lioness has hidden her cubs from insatiable and harsh male lions which may attack and kill them. In their inquisitive and playful act, the cubs leave their concealed den. One wanders far beyond safety. He is attacked and injured by enemies. In his disorderly escape he goes over a muddy and slippery riverbank. In a frantic search, the mother lioness hears the desperate groans of her cub in the distance. She rushes over, hoping to rescue him. The mission fails dismally as the only thing she can do is watch her cub slowly slip into a fuming river. It is a painful goodbye as she reluctantly turns away with a sore heart on the verdict. The baby elephant is not even completely digested in her bowels.

In the open savannah the ostrich leaves her newly hatched chicks. In the heat of the sun pieces of quartz ignite fire by acting like convex lenses. Soon the frenzied blazes engulf the grass, turning it into an expanse of charcoal and ashes. The fire stimulates germination and diversity of some species. The ostrich comes running from a distant forage land. She is startled by what she discovers. What was at daybreak afro-combed silky-feathered beauty has been charred to crumbs beyond recognition. Her curdled frustration goes without consolation. Such is the daunting reality of life!

High on the branches of the willow trees, the spotted-backed weaver (Ploceus cucullatus) has ingeniously weaved his pendant nest. The neatness of the nest will give him advantages to mate and propagate his genetic legacy. Luckily the mate is impressed, and a courtship is sealed. A raging summer storm comes with gusty winds. The trees are badly shaken, branches break, and nests fall, scattering eggs into a messy scene. Breeding dreams are provisionally broken. However, the species will proliferate, and they never give up the quest!

The laws of creation/nature are fixed and may not change. All living things must adapt to suit the conditions and become resistant and successful. The laws of creation are the laws of life, love, and harmony. Humans introduce their own laws that contravene life, love, and harmony. The response of the universe is through disasters to those who try to amend its laws. Unfortunately, the mantle of gloom affects innocent bystanders too!

Whether we are African or American, European or Asian; we are part of the same creation. We share the same planet although occupying its different geographical regions. We each have adapted to our way of life through thousands of years of inheritance and improvement. Our phenotypes and genotypes are mechanisms that make survival possible in our different environments. These include the colour and type of skin, the colour, type and length of hair. There is part of us which is not depended on biophysical environment or ethnicity. This is the spirit, which is not confined by time or distance. It is not dependant on the colour of the skin, the hair or type of body within which it abides. It is certainly not subject to gender either. This is part of us which should dominate our perishable cage.

It therefore follows that despite where we may come from or live; despite our physical characteristics, appearance, and circumstances; we possess and should be ruled by the same spirit. The spirit which was breathed into our father Adam and Eve at creation. The spirit which is invisible and invincible for it is part of God. Then if God lives in us who and what can prevail against us? I visualise and hear a lot of questions and claims that, “there is a lot not going wright in our lives now, and how can you say that?” Indeed there is a lot but allow me to invite you to go treasure hunting with me in the Glory of the sons of God!

This book can provide an everyday inspirational dose for everybody. Embark on an inspirational and spiritual journey from the beginning with love and abidance while leading or following as a humble servant to humanity. Stand your ground with unwavering faith and hope in times of adversities. The Reality of Life is a humble manuscript informed by a scientific and biblical background and the experiences of a shepherd, a scientist, an environmentalist, and a preacher! It is a daily companion when days are dark with woe or bright with glee.

•Undertake the journey of life aware of how time relates to events;

•discover your true purpose in life, aware of the laws that govern life;

•live each moment meaningfully while helping others;

•discover the true meaning of success; and

•pick yourself up in times of trouble.

Paul Nkofo is an environmental consultant who worked on World Bank projects for ten years after lecturing biology at the National University of Lesotho. Following a biology and chemistry science degree, he studied towards earning a master’s in environmental biotechnology through water-based research. He is a senior reverend in Father Masango’s St. John’s Church.